The Loose Women cast members spoke to Benidorm star Crissy Rock today as she opened up about the sexual abuse she faced as a child.

The Benidorm spoke candidly about being sexually abused as a child by her granddad, as well being beaten, in the heartbreaking interview.

Crissy talked about her struggles in the shocking chat, and had to bring her husband along for moral support.

As the actress talked about her harrowing story, fans took to social media to share their condolences.

One posted: “You brought me to tears. Such a brave lady.”

Another added: “Wow what an amazing, brave, empowering lady Crissy Rock is after all she has been through I’m sat here in tears.” 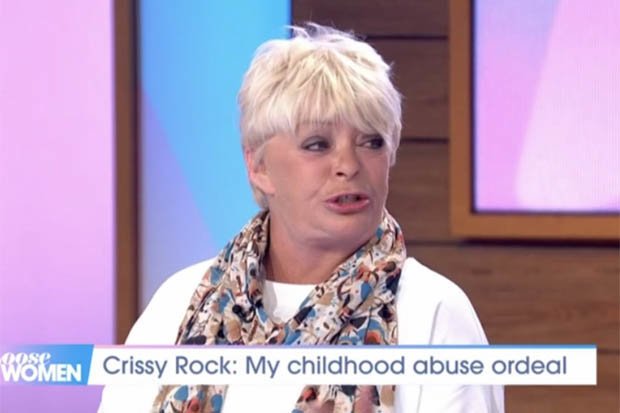 A third chipped in: “I’ve just wept for Christie Rock on Loose Women. A man’s pleasure is brief. The harm he caused never leaves you.”

A fourth agreed: “Compelling and courageous interview with Crissy Rock on Loose Women ..difficult to watch but heartbreaking and so brave to say it LIVE on TV. Well handled Ladies… and bravo Crissy.”

But a fifth wrote: “Respect to Chrissy Rock but not sure this is the best platform to discuss this issue Loose Women they’ll be laughing and joking again after the break.”