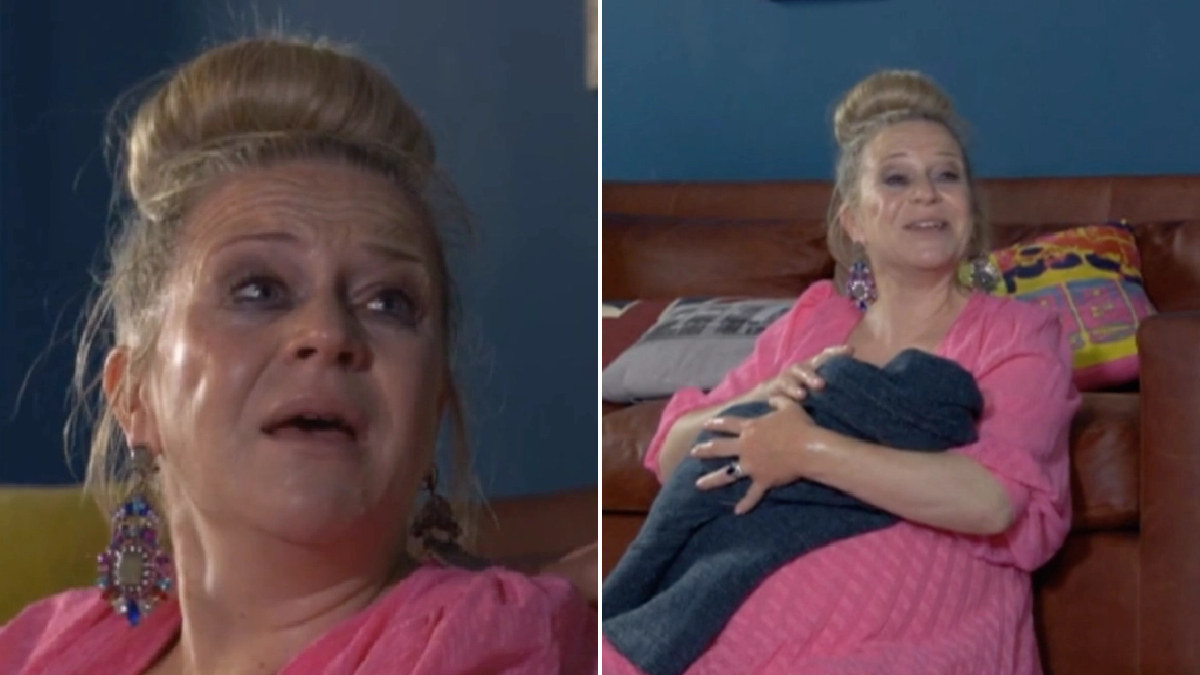 Linda Carter (Kellie Bright) has welcomed her fifth child in EastEnders, with some assistance from Jack Branning (Scott Maslen).

The Queen Vic landlady, who discovered she was pregnant with Max Branning’s (Jake Wood) baby following their affair, went into labour in tense scenes on Monday (September 13).

Jack had come to believe that Max was the dad of Linda’s baby, and therefore he claimed that his brother was on his way home!

This news made Linda unnerved, given that Max had taken Abi. But that was soon the least of her worries, as her waters broke, much to Jack’s dismay, as he – for some bizarre reason – had previously thought that she’d been faking her contractions in order to make him leave.

With all eyes on the fire over at 55 Victoria Road, it was down to Jack to assist Linda in delivering her baby.

Jack, however, commented that Mick should be the one to be with her during such a crucial moment. But Linda pleaded with him to stay.

Jack softened and agreed to stay put. He made a call to the emergency services, who gave him advice which he then relayed to Linda.

However, he spent about two minutes looking for a towel, and when he returned to the living room, he found Linda holding her newborn baby girl.

The overjoyed landlady then looked Jack in the eye, and made a huge request.

Mick (Danny Dyer), meanwhile, entered, and was delighted to see what had transpired.

Like the proud dad that he is, he took hold of the child, and Jack watched on, realising that the only family the little one needs is right there in that room.

Will he agree to keep quiet?

EastEnders continues Tuesday September 14 at 7:30pm on BBC One.