KIM Kardashian continued to show support for her ex Kanye West as she posed for a new photo clad in pieces from his Yeezy fashion line on Instagram today.

The 40-year-old recently fueled speculation that the pair have rekindled their romance when she wore a wedding dress at his Donda listening party at Chicago's Solider Field. 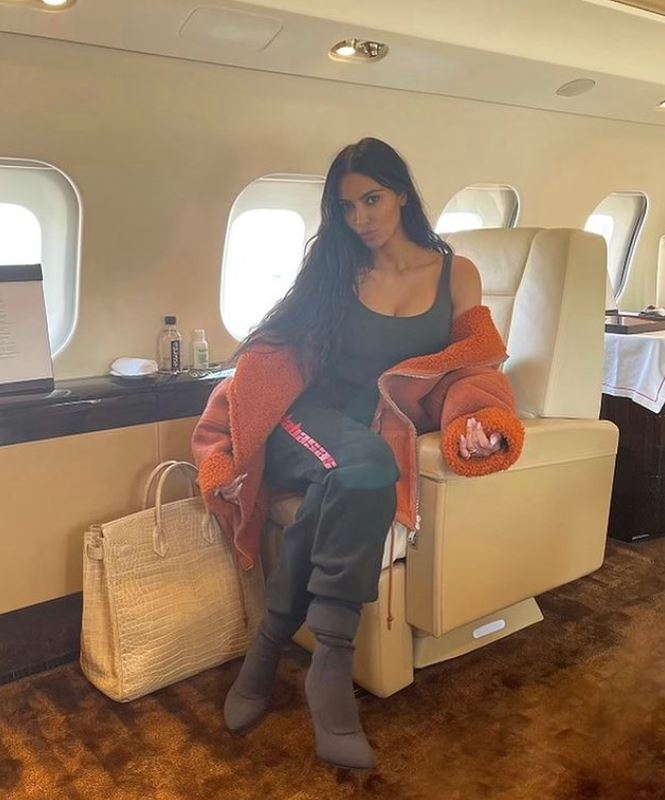 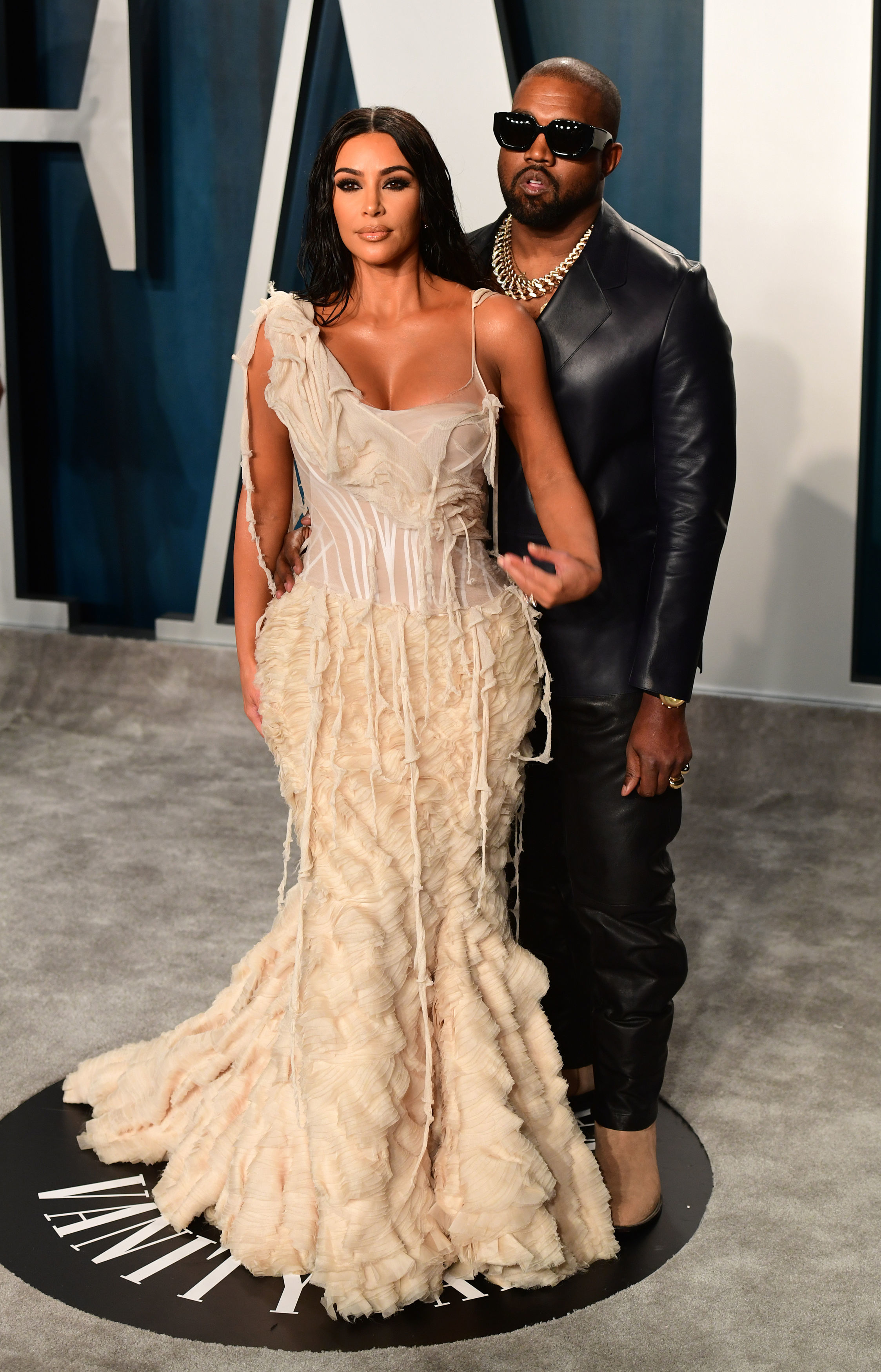 And now Kim did little to dispel the rumors as she shared a shot of her onboard a private plane sporting her estranged husband's brand.

In the shot, the KUWTK star playfully pouted as she crossed her legs in her butter-colored leather seat.

The SKIMS founder donned a form-fitting black vest with a Yeezy rust-colored shearling-lined jacket around her arms and teamed it with a pair of Yeezy Calabasas joggers from his collaboration with Adidas.

Kim rounded off her fashionable appearance with a pair of grey boots, also Yeezy, and an oversized crocodile-leather Birkin bag.

The star simply captioned the photo with a kiss face emoji.

The entrepreneur's fashion tribute to Kanye didn't go unnoticed as one fan commented: "All Yeezy Fit 🔥".

Kim's latest show of support comes after it was reported that Kanye "wants to get back together" with her following her bridal display at his Donda show.

Kim filed for divorce back in February after nearly seven years of marriage.

A source told Us Weekly: "Kanye wants to get back with Kim. He sees the two of them together and wants to make that a reality now.

"He has been trying to get back in her good graces again and it seems to be working."

Insiders at the show Us Weekly: "Kim supports Kanye and was happy to be on stage in a wedding dress.

"She has always respected his art and ideas and was all in for the performance."

An eyewitness added of the show: “They were standing facing each other.

“She remained under the veil. She was escorted out afterward by Kanye and they walked away holding hands.

"It did seem genuine and seemed like she wanted to be there. It was a special moment in the show.”

The initial source went on: “If other people think it’s strange, it’s OK, because Kim doesn’t. She thinks it’s cool, great for his art and their relationship and loves to show her kids how much she supports him.”

Kanye really made a statement by bringing on stage Kim in a wedding dress.

A source added to Us Weekly: “Kanye has a great relationship with Kim and his kids right now.

"But everyone is just waiting to see what he does next. They know this is his time to shine and he’s ready to take the spotlight.”

The social media superstar walked outside a mock-up of Kanye's childhood home on stage.

Following the performance, Sources close to the famous couple told TMZ the two are supposedly attempting to rebuild "the foundation of their relationship."

The insiders also claimed the Keeping Up With The Kardashians star might withdraw the divorce petition, but there are alleged disagreements between the two that need to be settled first.

The model attended both of Kanye's previous listening events sitting in the front row with their children to show support. 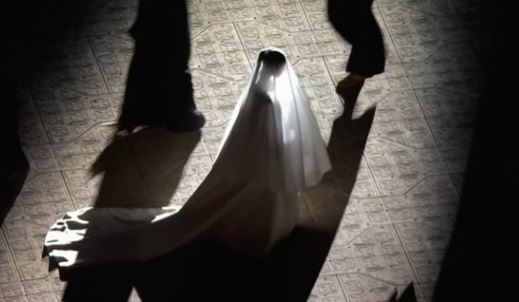 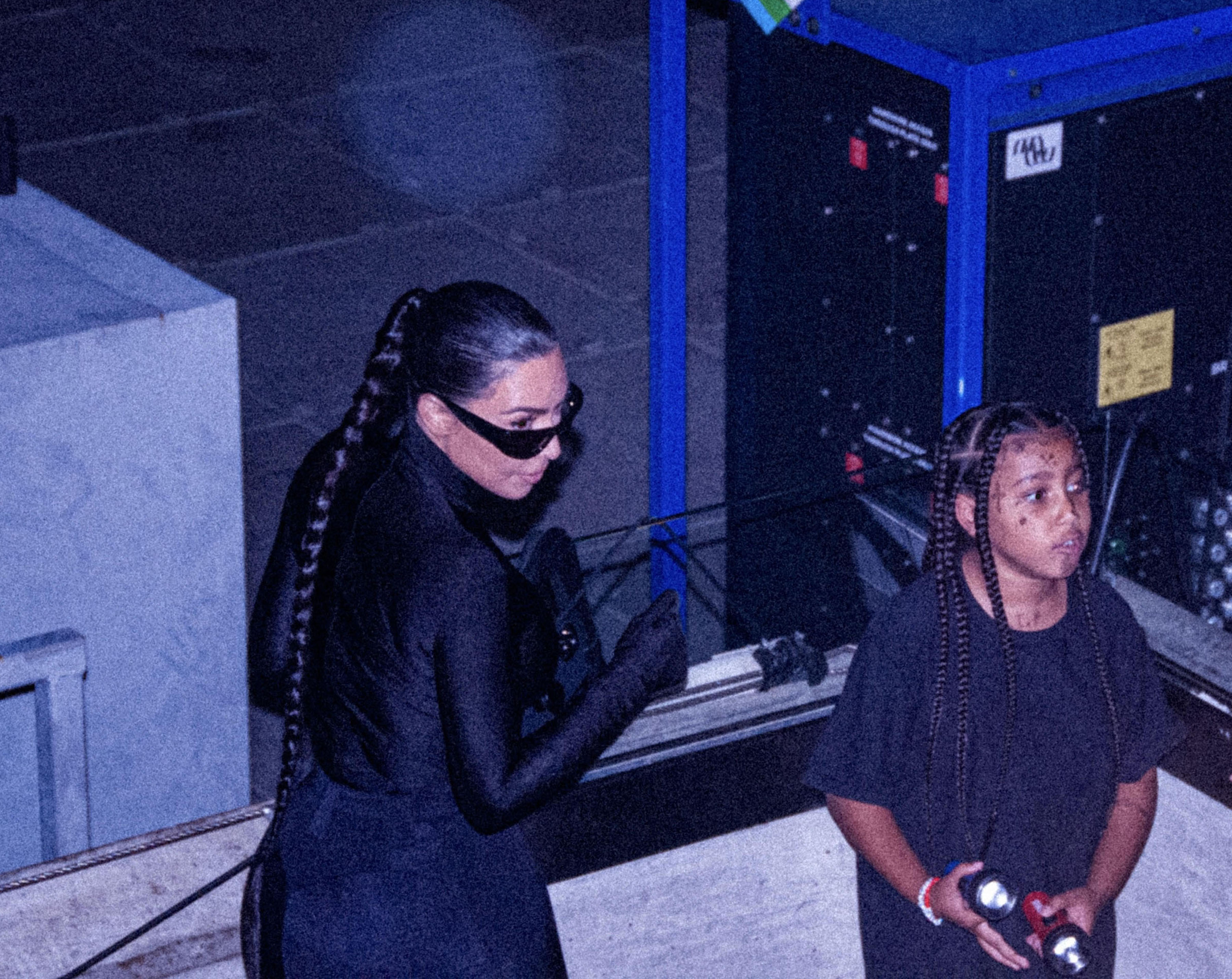 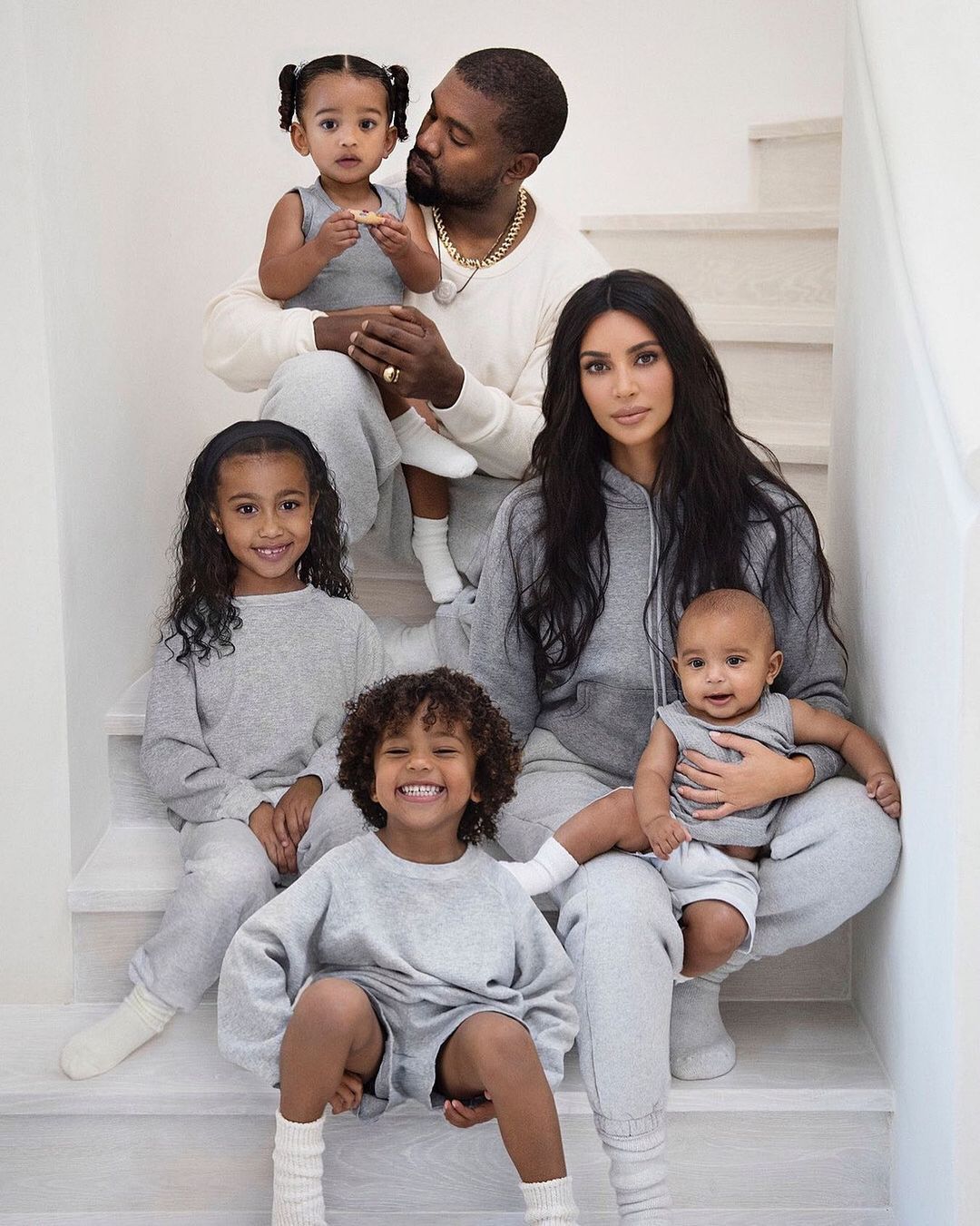