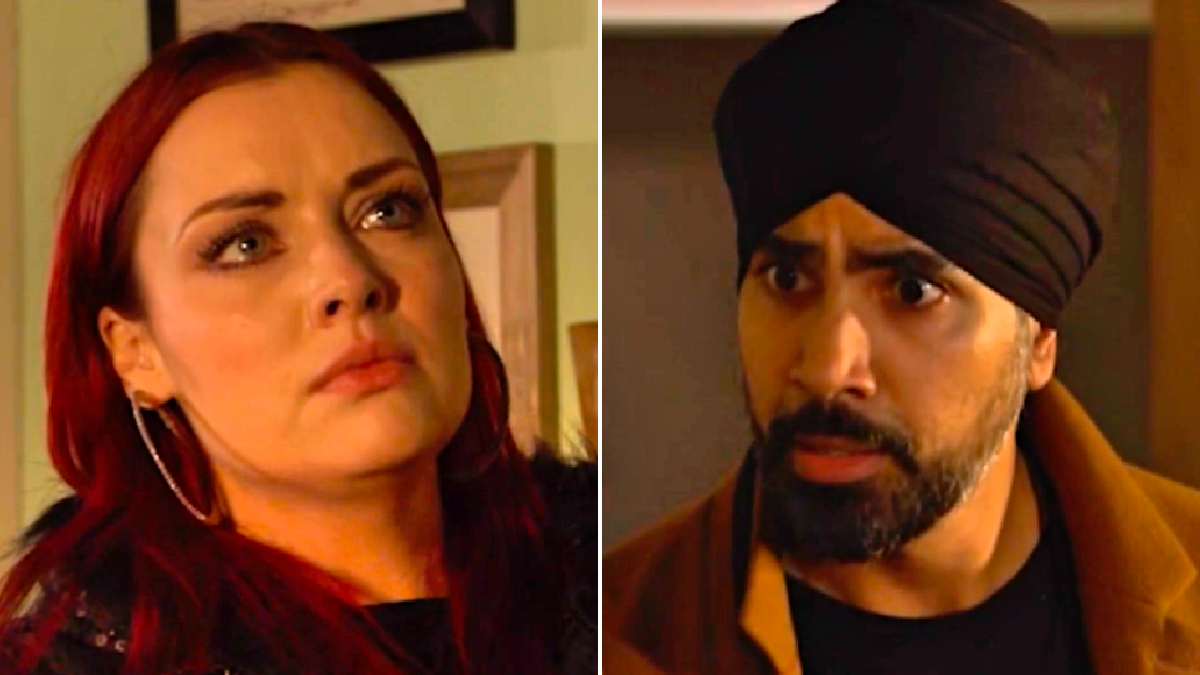 Kheerat Panesar (Jaz Deol) broke down in tears in EastEnders, as he discovered that Chantelle Atkins (Jessica Plummer) was subjected to physical and emotional abuse at the hands of killer Gray (Toby-Alexander Smith).

The businessman at last found out the truth about what the late Chantelle had endured after Whitney Dean (Shona McGarty) decided to investigate Gray further.

Knowing Gray to be a nasty piece of work who is abusive towards women, Whitney made it her mission to dig for something she could use, in the hopes of stopping Chelsea Fox (Zaraah Abrahams) from marrying him.

She found what she was looking for on Christmas Eve in the form of a forum that Chantelle was part of.

Having successfully deduced her password, she logged on to said forum, and read multiple posts Chantelle had written, in which she described the harrowing abuse she suffered at Gray’s hands.

She subsequently relayed her discovery to Kheerat, who broke down in tears, horrified to discover what his beloved Chantelle had went through. He blamed himself, claiming he should’ve done more.

A moment of contemplation, however, led both he and Whitney to the same conclusion: Gray had murdered Chantelle.

Whitney was adamant that the police needed to be involved.

Kheerat, however, disagreed, claiming the forum posts aren’t enough to prove that he murdered Chantelle, and – with Gray being a lawyer – he’d successfully talk his way out of it.

Agreeing to keep shtum, Whitney decided to work with Kheerat, but warned him that – come hell or high-water – she’s stopping the killer’s wedding to Chelsea.

The question is: will she succeed?

EastEnders continues on Christmas Day at 9:25pm on BBC One.