Home » TV & Movies » John Cleese's BBC comedy Hold The Sunset returns for series 2 TODAY – is it worth watching and who else is in the cast?

HOLD the Sunset, a side-splitting comedy series with John Cleese is back on our screens TONIGHT with episode two of its second series.

In the wake of the success of series one and the hilarious 2018 Christmas special, fans expected season two to provide just as many laughs. Here is what you need to know about the show, penned by Oscar-nominated screenwriter Charles McKeown. 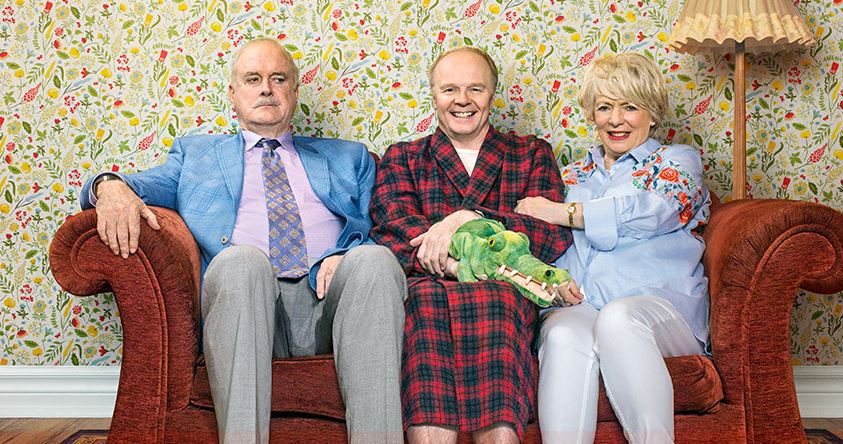 What time is Hold the Sunset on?

Season two of Hold the Sunset will launch TODAY (Friday, August 2, 2019) on BBC One at 9pm, with a half an hour episode.

Filming for the new series began in September 2018 and wrapped up in October, following six weeks of shooting.

The first series premiered in February 2018 and a Christmas special aired that December, tickling festive viewers. 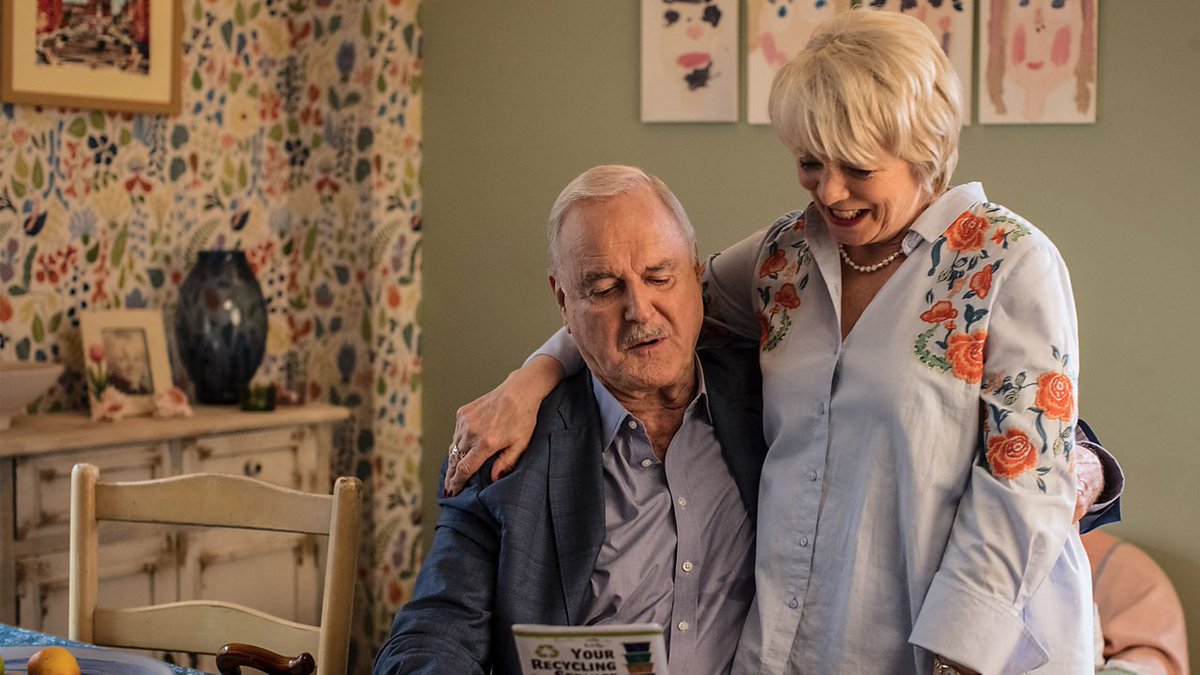 What is Hold the Sunset about?

The comedy series follows the lives of two pensioners, who are forced to put their life-long dreams on hold when an unexpected guest arrives.

In series one, Edith, a widower, rekindled her romance with former boyfriend Phil and they planned to move abroad.

But their dreams were shattered when Edith’s 50-year-old son Roger turned up unannounced, revealing he had left his wife, kids and quit his job and come home “in an attempt to find his lost happiness again.”

Despite his arrival, Edith and Phil still planned to move abroad but with Roger showing no signs of leaving can they really drive off into the sunset together?

Hold the Sunset season one was BBC One’s most successful comedy launch since 2014.

More than six million people tuned in to watch the show, however, the programme received mixed reviews. 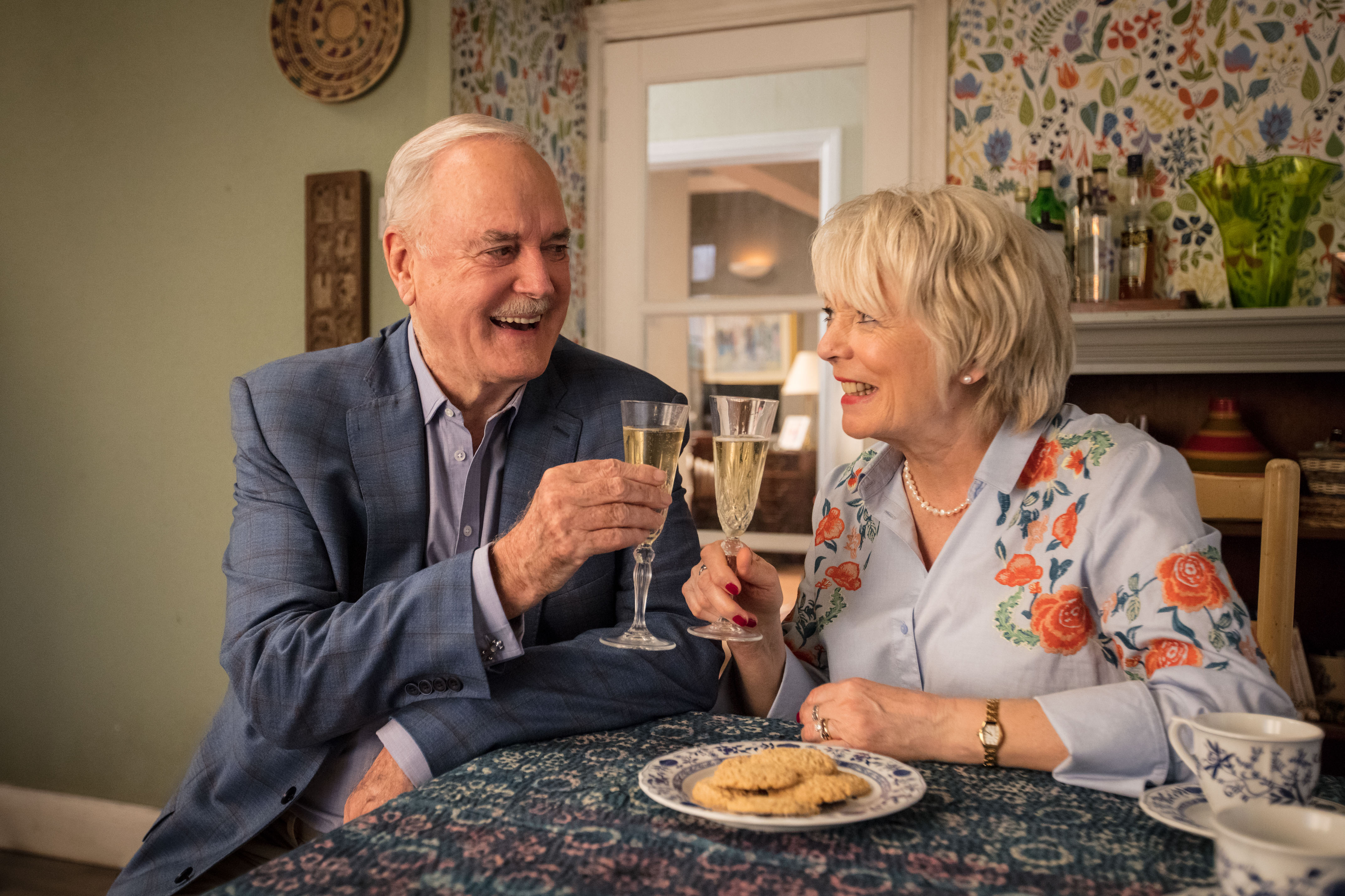 Three reasons why you should watch Hold the Sunset:

Charles McKeown is the man behind the funny series and he has penned a number of screenplays.

Some of his notable credits include Plunkett & Macleane and Ripley’s Game.

Stars including Alison Steadman and Jason Watkins have all won awards for their incredible acting skills.

Alison was awarded best actress by the US National Society of Film Critics for Life Is Sweet in 1992 and won an Olivier for Best Actress for The Rise and Fall of Little Voice in 1993.

Meanwhile, Jason Watkins has been awarded countless accolades such as an Olivier award for Best Supporting Actor in 2001 and BAFTA for Best Leading Actor in 2015.

Season one of Hold the Sunset was BBC One’s most successful comedy launch since 2014 (need a better reason to watch – we think not!).

Who is in the cast of Hold the Sun?

The cast of Hold the Sun are as follows:

Following the catastrophic Open Day at Phil's house, he later nowhere to be found.

As Edith and Sarah race to Phil's home, Edith receives a phone call from her sister Joan who invites herself to stay with her, which doesn't appear to sit all that well with Sarah.

The two enter Phi's house where they find a piano playing, but there's absolutely no sight of Phil.

Elsewhere, Roger visited Bob in the hospital to inform him that he has thought of a new way to make money after renting his mother's room out to two Americans.

Where is Hold The Sunset filmed?

For Edith and Phil, their home is located in the Buckinghamshire village of Stoke Poges, which is not far down the road from the town of Slough.

According to HITC: "The series has been filmed in an around the charming green-bordered village as well as in the neighbouring town which really lends a feeling of authenticity to the show."

We have yet to see Phil and Edith's dreams of retiring in the Maltese island of Gozo come true.