John Birmingham’s latest novel, Zero Day Code, imagines a not too distant future where the world’s major metropolises are teetering on the edge of collapse, and a cyber war attacking food distribution networks is enough to push them over.

Birmingham described the process of writing and distributing Zero Day Code as a “transmedia experiment”, one he wrote “semi-publicly” for his fans on Patreon. He toyed with the idea of releasing the novel as a podcast before being approached by Audible to release it exclusively as an audiobook.

“The beauty of audio is that it's much more convenient than reading or viewing. To read or to view, you pretty much have to sit yourself down somewhere and devote a block of time and concentrate on what you're doing. The beauty of audio, whether it's music or podcasts or audiobooks, is that once you find a stream that you like … you have many hours a day when you can listen. When I get obsessed with an audiobook, I can quite easily listen for four or five hours a day.” 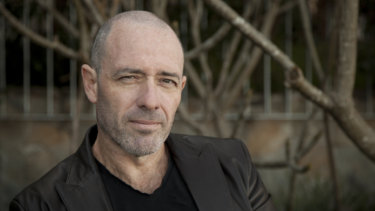 Birmingham thinks there is a renewed passion for audio storytelling because “the technology is so good … no matter which platform you're on, phones nowadays are amazing … So the technology is important, but also I think the nature of our times makes for a desire to escape them.

“I think people are looking to literally escape a world which seems to have gone bad, it's gone sideways, hard. Everything has been knocked out of alignment and nothing is right and nothing is good …

“And if you find podcasters that you like, you develop this weird relationship with them, where they become as familiar to you as your closest friends, because you literally have them in your ears and in your head a couple of hours a week.

“And I think that intimacy and immediacy of connection does work to reduce the sense of social isolation that a lot of people feel.”

Considering the very bleak premise of Zero Day Code, I asked if Birmingham is optimistic about the future of humanity.

“Look it depends what time of the day you catch me. Whether I've had a cup of coffee or not,” he laughs. “There are times, like everyone, where I feel pretty bleak about the future.

“And of course, you know, once we develop a carbon free energy market there will be trillions of dollars to be made out of it. And never, ever underestimate the motivational power of human greed to solve the problems that human greed has created.

“But right now I'm in my nice office, looking out into the forest. It's a sunny day. So today, I'm optimistic. Ask me in an hour.”