Home » TV & Movies » Jill Soloway: 'Transparent' Musical Finale Is Careful Not to Make a 'Celebration' Out of Maura's Death 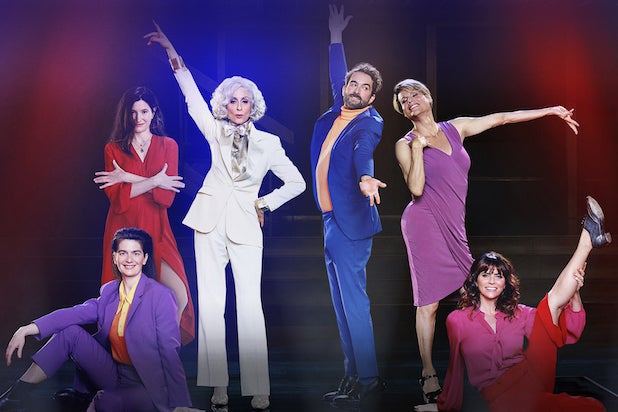 It’s no secret that Jeffrey Tambor’s “Transparent” character Maura Pfefferman is killed off on the Amazon series’ upcoming musical finale. The challenge for creator Jill Soloway was how to pull that trigger tastefully, as Tambor’s exit from the show was anything but.

“Our tone has always been one of– I heard someone call it ‘vigorous tonal shifts,’” Soloway said Saturday at the Television Critics Association press tour. “If you’re watching ‘Transparent,’ you’re laughing and then you’re crying and then it’s sexy and then it’s sad again — it’s kind of a thrill ride for neurotic people, [you’re] thrown around, shaking the anxiety out of you.”

“And of course that occurred to us: Is this going to be taken as a sort of celebration?” Soloway continued. “But in fact when you watch the movie, there are so many unbelievably painful, heartfelt moments where our cast [is] mourning Maura, our characters are mourning Maura, and as actors and creators we’re mourning what happened with our show.”

Tambor was fired from the show in February 2018, following accusations that he harassed two trans women on the set, including costar Trace Lysette and his personal assistant Van Barnes. A third woman unrelated to the production later came forward, makeup artist Tamara Delbridge. A month later, Barnes claimed that Tambor watched her sleep naked.

He addressed the sexual harassment accusations last May in an interview with The Hollywood Reporter, saying, “Lines got blurred. I was difficult. I was mean.”

Tambor discussed in more detail his wrongdoings, though he denied Barnes’ accusations that he acted inappropriately towards her or watched her sleep naked. “I yelled at Jill — she told me recently she was afraid of me,” continued Tambor, who added that he made one of the show’s executive producers cry. He attributed it to fear of playing a trans woman as a cisgender man.

Here’s the description for “Transparent’s” special series-closing episode: The Transparent “Musicale Finale” takes the beloved Emmy and Golden Globe award-winning series to new heights as a dazzling movie fantasia inspired by the classic musicals that shaped a culture. When the Pfeffermans face a life-changing loss, they begin a journey hilarious and melancholy, brazen and bold. As they face this new transition, they confront grief and come together to celebrate connection, joy, and transformation.