After this season of Jersey Shore: Family Vacation comes to an end, fans will no longer find Nicole “Snooki” Polizzi hanging out at the Jersey Shore. This group of guidos and guidettes can’t party like they used to, and Polizzi was the first to admit it.

After Polizzi announced she was leaving the show, her roomie Angelina Pivarnick had a few ideas as to who could take “Snooki’s” place — which included inviting Sammi “Sweetheart” Giancola back into the shore house. 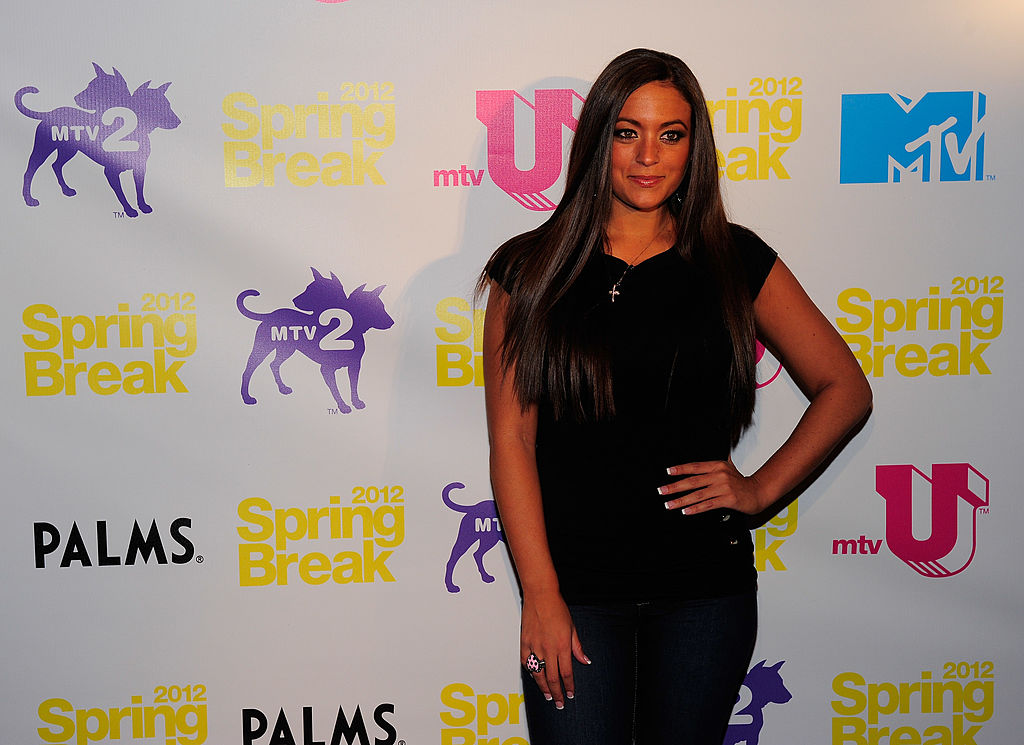 ‘Snooki’ announced she was done with ‘Jersey Shore’

At the end of 2019, Polizzi revealed on her podcast, It’s Happening With Snooki & Joey, that she wouldn’t return for Jersey Shore: Family Vacation season four — if there is going to be one. “There’s a lot of reasons why, but the main reason is really … I’m just like, I just can’t do it anymore,” Polizzi explained.

Rollin with the homies 💁🏽‍♀️🔥

The mother of three described how she hates being away from her kids to film. Plus, she no longer enjoys “partying three days in a row.” After 10 years, Polizzi said that’s “just not [her] life anymore” and concluded she would rather be home with her kids. The remainder of the Jersey Shore cast was disappointed to learn about Polizzi’s decision, but supportive nonetheless.

Knowing that there’s going to be an empty bed in the house, Pivarnick expressed having Giancola return to the series. After Polizzi’s announcement, Pivarnick told Us Weekly: “I said this in the beginning — like, years ago — that [Sammi] should return, but she’s living her best life.”

When MTV first announced the reunion of the Jersey Shore cast, Giancola was invited. As one of the dominating storylines in the original iteration of Jersey Shore, fans were eager to see if Ronnie Ortiz-Magro and Giancola would ever be in the same room again.

From 2009 to 2012, MTV cameras documented their turbulent relationship, including the time Ortiz-Magro threw all of Giancola’s belongings out onto their deck in a fit of rage.

When the series ended, Giancola maintained a life out of the public eye. In 2017, she met her now-fiancé Christian Biscardi, while Ortiz-Magro went on to have a brief relationship with Malika Haqq — a long-time friend of Khloé Kardashian — and then another problematic relationship with Jen Harley, whom he shares a daughter, Ariana.

When Family Vacation premiered, fans were disappointed to see that Sammi ‘Sweetheart’ was missing. She explained her absence in an Instagram post:

I have chosen not to join the show this season because I am at a completely different place in my life right now focusing on my businesses and relationship. I am not the same person as I was when I was 22. At 31, I am currently extremely happy in every aspect of my life and want to avoid potentially TOXIC SITUATIONS.

I love you guys! Thank you all so much for your DMs, comments, messages & kind words. I read them all and am forever grateful and thankful for you guys!! ♥️☺️ #MyFansRock #ShoutOutToALLofYou stay tuned.. I’m not going anywhere 😏

Since a fourth season of Jersey Shore: Family Vacation has yet to be confirmed, many fans are wondering if Polizzi has started a trend — will the others start to back out, too? Only time will tell.