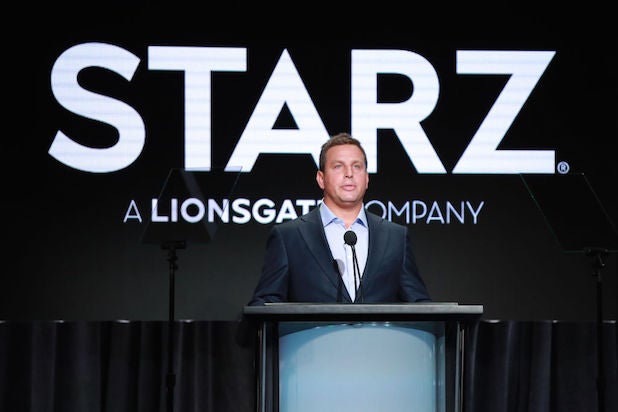 Albrecht stepped down in March after more than eight years leading the pay-cable network. Hirsch and the current leadership team, including president of programming Carmi Zlotnik, had been essentially in charge of Starz, working closely with Lionsgate CEO Jon Feltheimer.

As CEO, Hirsch will shape the overall business and programming strategy for Starz and oversee the continued expansion of Starz’s streaming service, Starz Play. The executive, who has been with the network for four years, signed a new long-term deal.

“Jeff continues to lead Starz’s transformation into one of the world’s premier subscription platforms,” Feltheimer said. “He has a clear strategic vision, great understanding of where our business is headed and strong relationships that will all contribute to Starz’s continued strong growth and evolution.”

Hirsch began with Starz in July 2015 as president of global marketing and product development, prior to its acquisition by Lionsgate. Before joining Starz, Hirsch served as Executive Vice President and Chief Marketing Officer, Residential Services at Time Warner Cable.

“I am excited to have the opportunity to lead Starz into the future alongside Jon and our team,” Hirsch said. “Over the last several years, Starz has been on the leading edge of innovation across our industry, transitioning to a digital world with the launch of our App and OTT business and most recently through the expansion of our global footprint. As our evolution continues, our remarkable line-up of premium original series and vast library of content will drive both our domestic and international growth as we look to capture new audiences and subscribers around the world.”