“In a parallel way, it spoke to concerns that are on people’s minds [today], while telling its own story,” Harris tells TheWrap 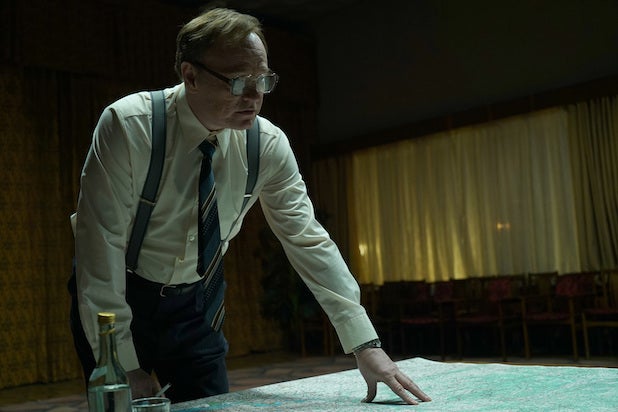 “Everyone sits around and they try their best to come up with these brilliant marketing campaigns, but at the end of the day there is nothing that’s more effective than word of mouth,” Jared Harris, who played Soviet scientist Valery Legasov, told TheWrap. “It was a secret that was being shared amongst people and then it exponentially blossomed and bloomed from those initial people who saw it.”

The five-part miniseries, which details the fallout from the 1986 nuclear accident in the Soviet Union, received 19 nominations on Tuesday morning, which led all newcomers. It was the third-most nominated show overall and bagged nods for Outstanding Limited Series, while Harris picked up a nomination in the Lead Actor in a Limited Series or Movie category. Emily Watson and Stellan Skarsgard received supporting actor nominations as well.

Despite being set in the late ’80s, Harris said that “Chernobyl” resonated with audiences because it let the actual story do the talking “without being preachy.”

“First of all, it didn’t talk down to its audience,” he said. “In a parallel way, it spoke to concerns that are on people’s minds [today], while telling its own story.”

Although the series was criticized at times for taking liberties with the facts, Harris said they had a wealth of information about the real-life accident at their disposal.

“They had a very comprehensive database of information for us. Books, photographs, interviews, and suggestions of films to watch for reference for the period,” he said. “I had a superficial knowledge of what happened. I was alive at the time and I had memories of it. But when you dig into the script, immediately you’re being surprised by the reality of what it was actually like for the people that were there.”

One of the biggest changes from real life was Legasov himself, partly because, as depicted in the finale, the Soviets effectively erased him from the history books. It wasn’t until he took his own life and made that recording that the real story got out.

“The real Legasov, I think, was a slightly different person to one that we had in our story,” he said. “There were certain biographical things that we didn’t include because it would interrupt the forward momentum in our story.”

Harris also detailed what shocked him the most when he was researching the actual incident.

“The thing that shocked me that I didn’t know about at all was when they discovered that radiation would kill cancer cells, they decided ‘well, radiation must be good for you’ and they put it in everything. They put it in toothpaste. People were brushing their teeth with radiated toothpaste. It was absolutely crazy,” he said, explaining how they used that idea of government-led misinformation into their own narrative.

“There were aspects of that within our story. The idea that they had managed to convince these people that vodka would protect you from the effects of radiation.”