Fans’ favourite TV couple Eamonn Holmes and Ruth Langsford are back in the regular presenting slot on This Morning now Phillip Schofield and Holly Willoughby are on their holidays for the summer.

Normally only hosting the Friday edition of the popular magazine programme, Eamonn and Ruth are now settling in for the summer on the ITV programme, and there’s sure to be plenty of hilarious spats ahead between the pair.

Today’s instalment saw Eamonn reveal a particularly private moment during a chat with Vanessa Feltz, however.

Vanessa hosted a phone-in on whether you should ever get back with an ex, which appeared to prompt a memory from the Irish presenter.

“You know, 20 odd years ago plus I tried to make Ruth my ex,” Eamonn suddenly revealed.

Vanessa laughed in shock at the admission, but Ruth was unimpressed by her husband’s decision to air their laundry on the live television programme.

“It was our first row. You’re so dramatic,” Ruth hit back with a roll of her eyes.

Eamonn and Ruth have been together for 24 years, but they’ve only been married for nine.

“I said, ‘That’s it, this is not working, goodbye,’” Eamonn continued. “And I went to close the door and she pushed it back and do you know what she said to me? 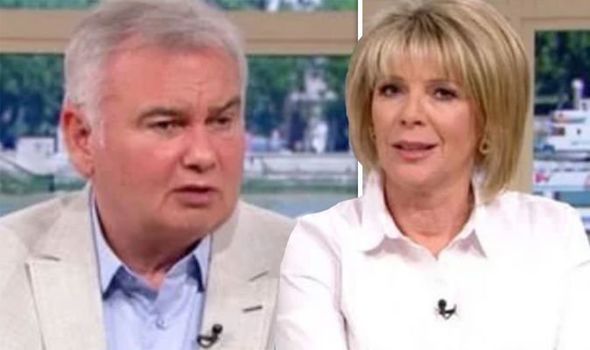 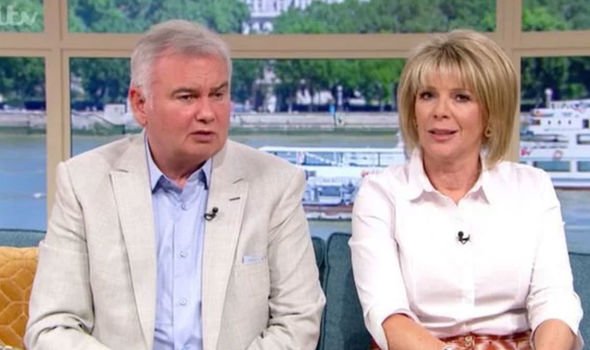 It was our first row. You’re so dramatic

Giggling along at Eamonn’s rant, Vanessa decided to chip in and give her opinion.

“That’s when you fell so deeply in love you couldn’t survive without her for one minute,” Vanessa teased.

Continuing on, Eamonn said: “She just pushed past me and said, ‘Oh don’t be so stupid’.”

“And we’ve been rowing ever since,” Ruth laughed.

“‘Why would you ever want to dump me?’ she said,” Eamonn added.

“Why would I ever want to dump you?” Eamonn turned to his wife with a grin, but then he started to theatrically count the number of ways on his fingers.

“Don’t you dare!” a shocked Vanessa cried in solidarity with Ruth.

Also during today’s programme, Eamonn hit back at a caller demanding them for clarification after a tense criticism.

This Morning airs weekdays at 10.30am on ITV.