James Martin questions guest over 'fire' in the kitchen

Award-winning chef and author Dipna Anand was a guest on ITV’s James Martin’s Saturday Morning, and was impressing the TV chef with a Panjabi dish she’d been cooking. But it seems she may have been a little careless with the appliances, as a nearby cloth almost burst into flames and could be seen smouldering for the remainder of the show.

Dipna said she was making a Panjabi classic of aloo cheese stuffed parathas, which James liked the sound of.

But when the show resumed after an ad-break, James pointed out to viewers that chaos had ensued in the kitchen just moments before.

As Dipna served up the dish, James said: “Go on then, I’m looking forward to this one.”

“Right, here you are,” she said, but James added: “Can I just ask – there’s something on fire over there.” 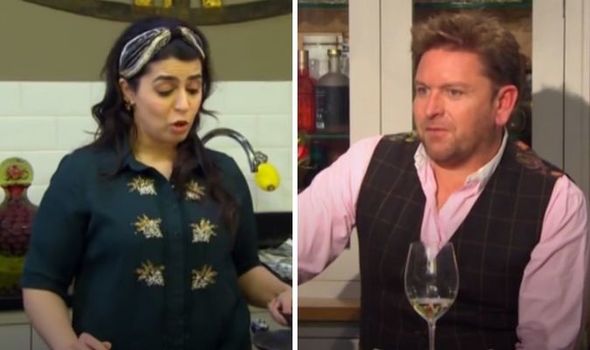 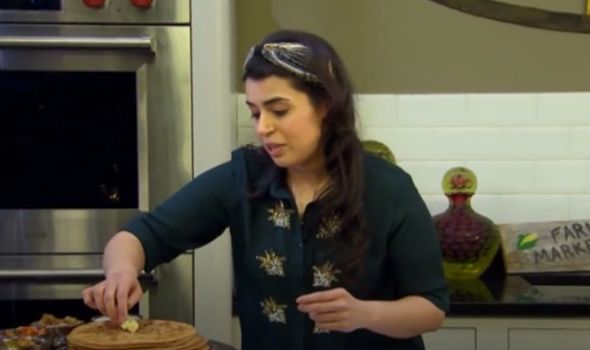 “There’s nothing on fire,” Dipna quickly responded. “It was just a cloth and it’s just burnt a little bit, okay?”

James grinned and continued to point at it as though worried it would be set alight again. The camera showed the cloth smouldering on the kitchen surface.

But James wouldn’t let it go. “It looks like one of those joss sticks that are going off, there in the corner,” he added. 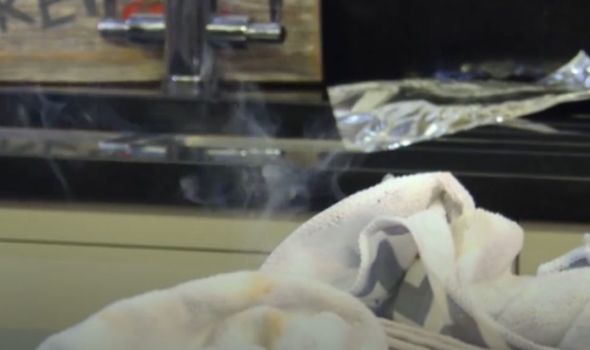 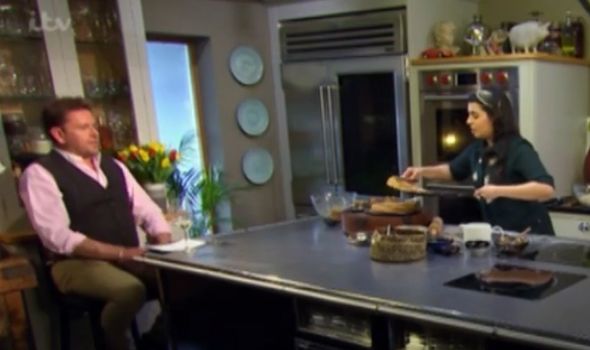 Dipna explained: “The cloth was just put over there and it just caught fire, just a little bit.

“But it’s absolutely fine.” She added, looking guilty: “That wasn’t me.”

“Okay,” James said unconvincingly. He had already reminded Dipna that last time she was on the show she had managed to destroy one of his pans, which led her to bring her own with her this time.

One said: “@dipnaanand just caught u on TV. The Paratha looked amazing. Did u need to call the fire brigade @jamesmartinchef?”

Alluding to her previous “disaster” on the show another fan said: “@dipnaanand burnt pans today??”

James Martin himself tweeted about the dish Dipna served, posting a link on his Twitter page to the recipe.

He wrote: “You simply cannot go wrong with these alu and cheese parathas from @dipnaanand You can use boiled potatoes from scratch for this recipe or use leftover mashed potatoes or even roast potatoes mixed with some of the leftover vegetables from a roast.”

Brian expressed his worry that he hadn’t been back to the county in years, telling James: “I haven’t been back to Yorkshire in nearly two years now, I’m starting to worry about it.”

James admitted he had also not been back for quite a while.

James Martin’s Saturday Morning airs weekly on ITV at 9.25am.