LOS ANGELES – The Walt Disney Co. is ruling the box office again with the record-breaking debut of “The Lion King” this weekend.

The studio says Sunday that the photorealistic remake devoured an estimated $185 million in ticket sales from 4,725 North American locations. It’s a record for the month of July and PG-rated films, and the ninth-highest opening of all time.

Globally, it’s already grossed $531 million. No other studio even dared to go up against “The Lion King” with a major release.

The new ‘Lion King’: What’s different from the animated version (aside from the obvious)?

Related: I was so excited to see the Disney remakes … but now I’m over it 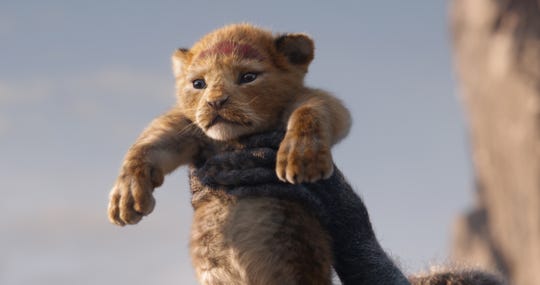 Baby Simba is shown off to the denizens of Pride Rock in "The Lion King." (Photo: DISNEY)

And with an additional $1.5 million from the weekend, “Avengers: Endgame” has officially surpassed “Avatar” as the biggest film of all time with $2.79 billion.

Rounding out the rest of the top five: The alligator disaster movie “Crawl” finished fourth with $6 million and the Beatles-inspired fantasy “Yesterday” was fifth with $5.1 million.

Everyone In Hollywood Who Is Defending Meghan Markle

Paramount+ Has Launched: Here Are 10 Things to Watch

How ‘Coming 2 America’ revives the best parts of the original