Home » TV & Movies » Is the Series Finale of 'M*A*S*H' Still the Most-Watched TV Show of All-Time?

For years, the series finale of M*A*S*H was the highest-rated TV show of all-time. But since 2000, we’ve been living in the era of “peak TV.” With so many shows airing on the networks, cable channels, and streaming services, it’s impossible to keep up. 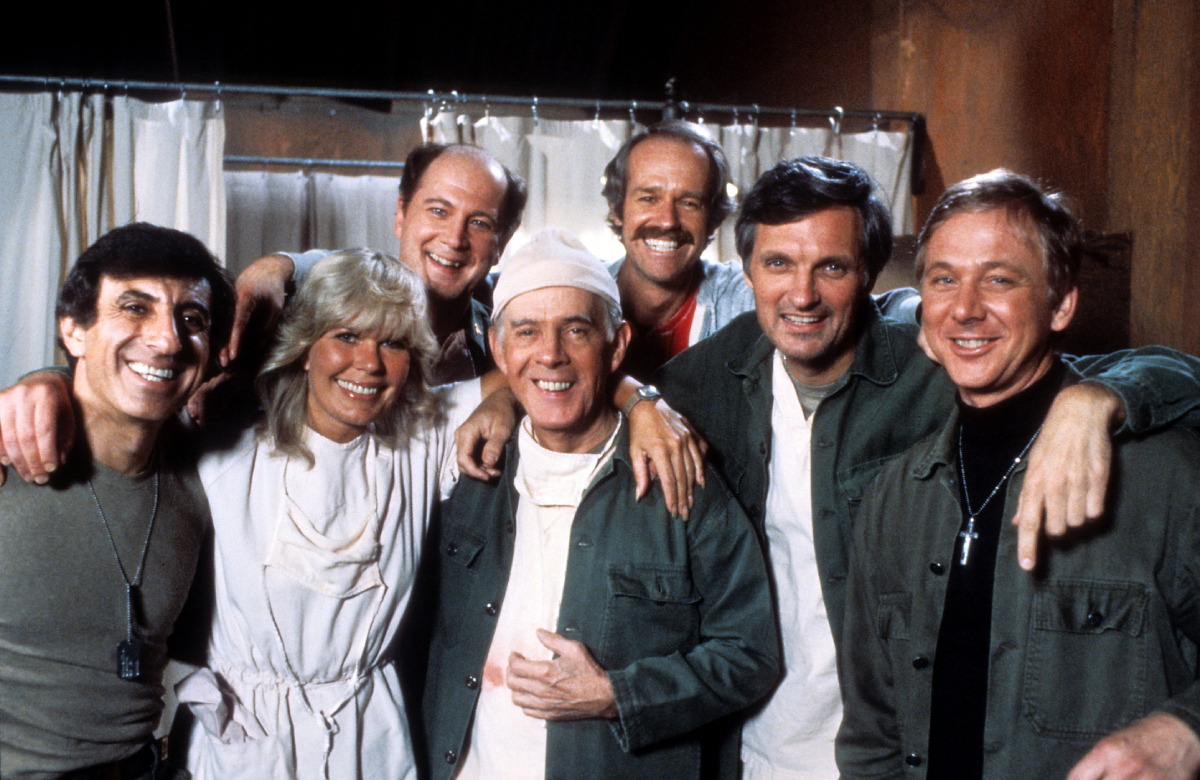 This plethora of quality TV choices has been great for both passionate and casual viewers. But has any series managed to beat the numbers that M*A*S*H put up in 1983?

Long before TV shows strategically planned their own demise, the goal was to stay on the air as long as possible. As a rule, it was the network who decided when a TV show would come to an end. But the creators of M*A*S*H did things differently.

According to The Washington Post, after 11 seasons the producers and writing team chose to end the series in order to “protect itself from devolution.”

Fans will remember that M*A*S*H was the very first dramedy. It followed a group of surgeons and nurses who were stationed in the 4077th Mobile Army Surgical Hospital in Uijeongbu, South Korea during the Korean War.

The series lasted longer than the war itself, and it premiered at the end of the Vietnam conflict. Co-creator Larry Gelbert said they had a specific message to share with viewers. Not only was it a half-hour sitcom, it was also a commentary about the horrors of war.

“We wanted to say that war was futile and to represent it as a failure on everybody’s part that people had to kill each other to make a point,” Gelbert said.

When the series finale of M*A*S*H aired on February 28, 1983, more than 106 million viewers tuned in. Titled “Goodbye, Farewell, and Amen,” the finale was so highly anticipated that CBS sold 30 seconds of advertising time for $450,000. That was more than some of the ad slots in the 1983 Super Bowl.

For some added context, the series finale of Game of Thrones drew 13.6 million viewers when it initially aired. Even when you add in replays and streaming, the number was only 19.3 million. Those were big numbers for HBO, but nothing compared to what M*A*S*H accomplished.

From 1983 until 2010, the M*A*S*H series finale held the record for the most-watched TV show of all-time. It wasn’t until Super Bowl XLIV that more people watched one event. That game edged out the M*A*S*H finale by half a million viewers. However, in 2010 there were 115 million homes with TVs. In 1983, 83.3 million homes had a television, so the numbers are a bit skewed.

Even though the Super Bowl in 2010 was able to beat out the M*A*S*H series finale in number of viewers, no other scripted series has come close.

The 106 million viewers that the M*A*S*H series finale earned are still a big part of TV history. The finale is still the highest-rated finale of all-time, as well as the highest-rated episode of a scripted series ever.

Of course, all of the scripted series finales in the top five happened before the age of streaming. As Rehack notes, the new platforms have completely changed the ratings game. It’s impossible to know how many viewers watch shows that are exclusive to streaming.

Netflix does release some numbers on occasion. For example, season 3 of Stranger Things broke the record for online viewing. Approximately 64 million households watched it the first month after its release. Netflix counts a view when at least 70 percent of a program is completed.

At the same time, the top shows on broadcast TV currently are NCIS, Grey’s Anatomy, and This Is Us. All of these shows tend to hover around the 15 million mark. In 2016, NCIS was considered the most popular show in the world when it reached 47 million viewers that season.

With the TV landscape being more fractured than ever, it doesn’t look like a scripted series will be able to beat the M*A*S*H series finale ratings anytime soon.