Welcome to Deadline’s International Disruptors, a feature where we shine a spotlight on key executives and companies outside of the U.S. shaking up the offshore marketplace. This week, we’re talking with Bruna Papandrea, Jodi Matterson, Steve Hutensky, Jeanne Snow and Sarah Harvey from Made Up Stories. The company is behind TV hits such as The Undoing, Anatomy of a Scandal, Pieces of Her and Netflix’s recent feature hit Luckiest Girl Alive. We talk with Papandrea and her team about growth in the UK and Europe and their continued ambition to champion unique female-led stories.

It’s been six years since Bruna Papandrea founded her production banner Made Up Stories with her husband Steve Hutensky and Australian producer Jodi Matterson and, in that brief time, the company has steadily produced a slate of television and film hits that has earned the indie a reputation for being one of the most dynamic outfits in the business.

The company’s television roster includes Hugh Grant and Nicole Kidman thriller The Undoing, Pieces of Her with Toni Colette and Nine Perfect Strangers, which reunited Papandrea and Kidman with their Big Little Lies author Liane Moriarty. On the film side, it just saw Luckiest Girl Alive, starring Mila Kunis, top the Netflix Top 10 chart globally while Eric Bana vehicle The Dry and Naomi Watts starrer were responsible for bringing the Australian box office back to life in 2021. All of this achieved against the backdrop of a pandemic, nonetheless.

“Looking back at our deck across the last six years, it’s really good to go, ‘Ok we hit our targets, in fact we surpassed our targets,” says Papandrea, speaking to Deadline via Zoom from Sydney. “Our approach has always been to make the projects and then talk about it, not the other way around and to grow the business and people accordingly. We’re not trying to sustain a machine that is unsustainable.”

Slow and smart growth coupled with a shrewd eye to identify stories with complex female characters at the center, has been key to the company’s success. The company has offices in Sydney, L.A. and now, following the hire of Brit super-producer Sarah Harvey, London. It’s established what Papandrea describes as “a great relationship” with Fifth Season, where the two companies jointly acquire and produce content such as an upcoming adaptation of Hayley Krishcher’s young adult novel The Falling Girls and Marina Palmer’s thriller novel The Russian Doll.

“Very rarely do we disagree,” she says of the company’s relationship with Fifth Season.

Made Up Stories has 14 people working across the three territories, including L.A.-based senior vice president Jeanne Snow and while Papandrea and Matterson have always been ferocious readers (when speaking to Matterson via Zoom, she’s getting texts from Papandrea asking if she has read a particular book), that ethos has trickled down through the entire company. What quickly becomes clear after our conversations, is that they are having fun, and they all really like each other.

“If the global thing is going to work, you have to collaborate with people you want to talk to at all hours across all time zones, so you really have to like the person you’re calling at 6am,” says Papandrea.

Matterson adds, “Finding people who connect with but who also share your taste is such a big thing and it’s a lot harder to find than it sounds.” 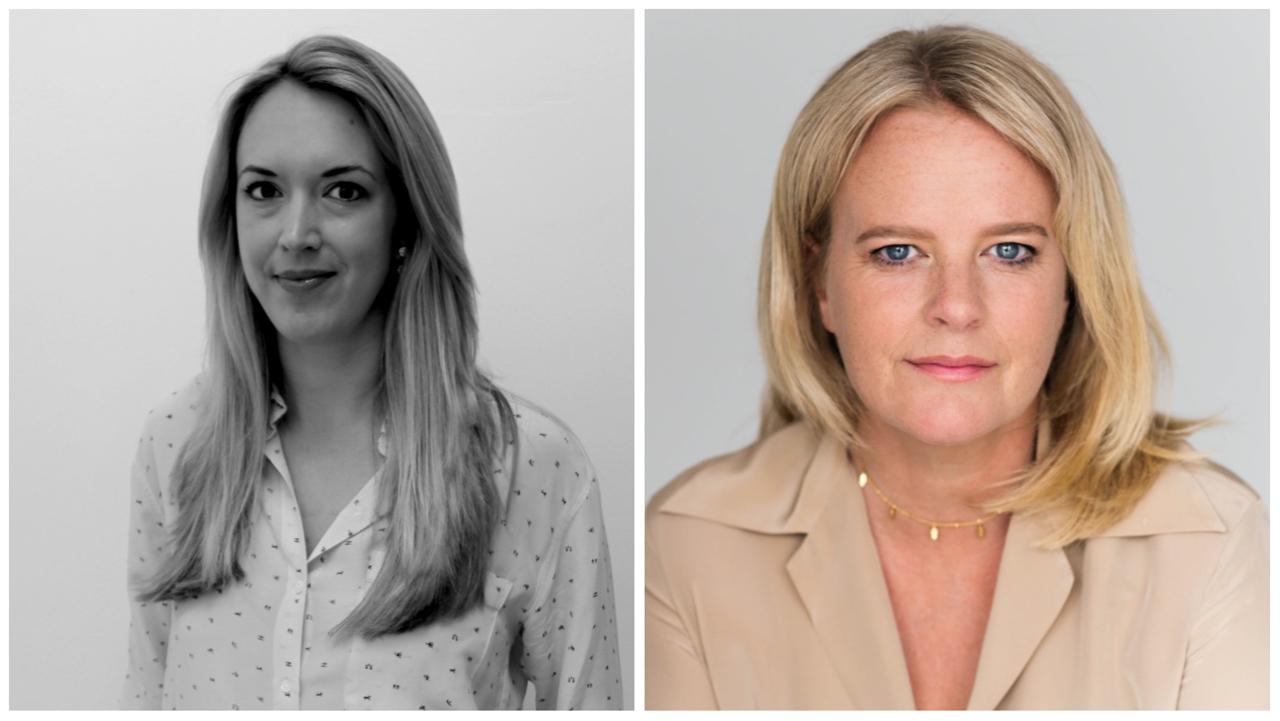 Papandrea kickstarted Made Up Stories in 2017, after parting ways with Reese Witherspoon and their company Pacific Standard, which was responsible for producing projects such as Wild, Gone Girl and Emmy-winning hit Big Little Lies. Having already earned a reputation for championing female voices and being super “author-friendly”, she and Hutensky were keen to make the jump and work together in a creative capacity.

Meanwhile, Matterson, who had known Papandrea back in Australia when she came aboard to exec produce Matterson’s Sarah Snook rom-com Not Suitable for Children, was getting weary of independently producing on her own. She recalls reading Jane Harper’s novel The Dry and instantly thought it make for a great movie but when Matterson called the publisher to query about its rights, Papandrea had already beaten her to it.

“I called Bruna up and said, “You can’t option everything – this is ridiculous, you’re never going to be able to make all of this stuff you’ve been optioning,” says Matterson laughing. “And then she asked me to come aboard.”

Matterson brought her recently financed project Little Monsters into the fray, which became the company’s first film. “We knew how each other worked and we all kind of complimented each other,” says Matterson.

When the global pandemic put a standstill to the world, having a base in Sydney would prove fortuitous. Netflix’s Pieces of Her and Hulu’s Perfect Strangers were scheduled to shoot in Vancouver and L.A. respectively, but when Covid restrictions but the kibosh on that plan, the company was able to quickly pivot and move the productions to Australia’s relatively Covid-free east coast while the rest of the world was in lockdown.

2021 saw the release of their indie films The Dry and Penguin Bloom, which took $15.5M and $5.7M at the Australian box office respectively. “They really brought Australians back to the cinema for Australian movies, which was so thrilling for us,” says Matterson.

Since then, the company’s business down under has been growing rapidly with shows like Isla Fisher and Josh Gad starrer Wolf Like Me, which just finished shooting its second season, and Undressed, the company’s first unscripted program. “It’s just another big compartment of our business that excites us,” says Hutensky.

While making local film and TV projects in Oz was “always part of the plan,” Matterson says their ambitions were to “also make much bigger international shows,” regardless of where they were set.

Papandrea has long had an affinity for British talent after working with Anthony Minghella early on in her career. After adapting Sarah Vaughan’s Anatomy of a Scandal for Netflix and enjoying the process so much, the next obvious step was to plant roots in the territory.

Having known each other since Papandrea’s London days, Harvey and Papandrea reconnected when Harvey came to Australia to produce George Clooney and Julia Roberts starrer Ticket to Paradise. “I forgot how aligned we are,” says Papandrea of the former Working Title and Blueprint Pictures exec. “She’s super proactive and she has a lot of great friendships with writers. We probably spent about six months courting her.”

“There’s already a wealth of great material here,” says Harvey, of joining the company, pointing to Reputation, the outfit’s latest Vaughan adaptation which will reunite them with Liza Chasin’s 3dot Productions. “It’s about growing the brand, finding great material and then figuring out the best places to set that material.”

A self-confessed “news junkie and podcast junkie”, Harvey says she’ll be actively making sure no stone is left unturned on that front. “I think naturally journalists always know how to tell a great story so it’s kind of looking at those things as well as obviously what is coming out of the playwriting world and the TV side.”

British comedy is also an area she’s keen to dig into: “We have a great sense of humour in the UK and I would love to get into that space a little bit more. As well as European-centric stories as well. We’re always looking for thrillers and we’d love to find a great love story.”

L.A.-based Snow adds, “I am thrilled to have an inroad into the talent pool in the UK because I think British comedy is some of my favorite content out there.” 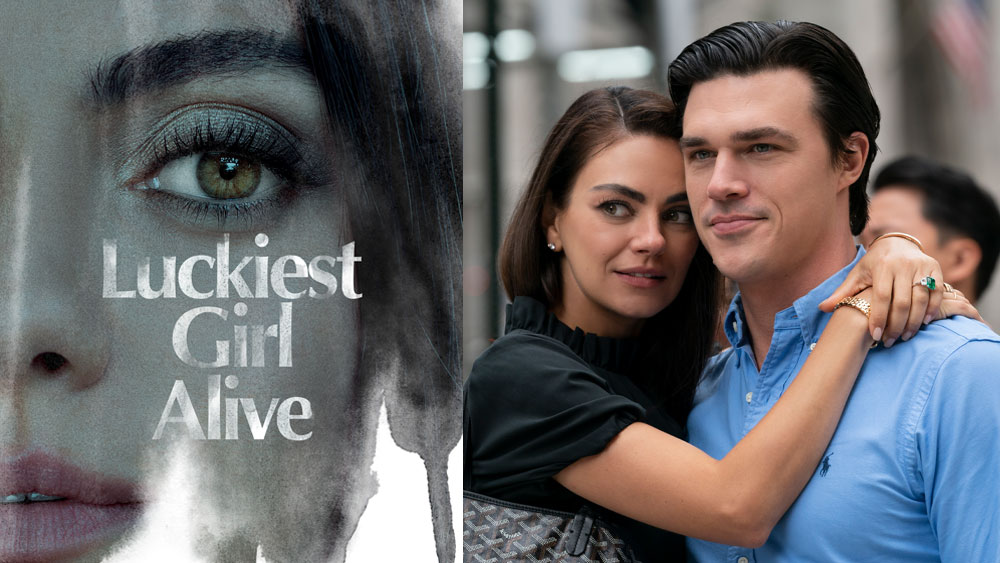 Unsurprisingly, Made Up Stories has a bustling development slate including Falling Girls, a YA “Heathers meets Mean Girls,” Michelle Pfeiffer wish-fulfilment title Sylvia’s Second Act, a “predominately Spanish-language” project as well as sci-fi To Sleep in a Sea of Stars, based on Christopher Paolini’s epic space opera. Then there’s murder mystery limited series Everyone in My Family Has Killed Someone, which was won in a competitive situation with Fifth Season and HBO.

Made Up Stories has been successful at keeping things premium but also keeping their content feeling unique. Their goal, they say, is to remain genre-agnostic but also be unafraid to take risks. “We have great aspirations to do big, commercial movies and television shows, but we also love the more difficult stuff as well,” says Matterson.

Hutensky agrees, “The second we start to try and follow others, I think that’s the mistake for us.”

“I think people see us as a safe pair of hands,” says Papandrea. “We’re really responsible, we come within budget, and we really care about people seeing our stuff. I get really frustrated sometimes when some of the most successful things I’ve made have not gotten the best reviews.”

She’s referring to Luckiest Girl Alive, a long-gestating passion project for Papandrea that she says is “one of the things I’m most proud of in my life.” Snow produced the project with Papandrea, which was originally set at Lionsgate before ultimately being made for Netflix last year. While it opened to weak reviews, it debuted to the top of the Netflix charts when it opened.

“What we did, which was really unique, was to make something about a really important issue that was issue-based but it was also incredibly popular,” she says of the film, which sees Kunis play Ani, who on the surface appears to have it all, but is ultimately forced to confront a dark truth that threatens to unravel her meticulously crafted life. “It was like this crazy anomaly of being something really serious, but with a commercial voice, which I loved and it’s part of why it got to so many women.”

“I think it was and reassuring to see just how well the movie did for those that does deal with such a complex subject matter,” says Snow. “I think it galvanizes us in that movies can be both super commercial and about something meaningful. It doesn’t have to be one or the other.”

But Snow adds, “Our bread and butter is probably always going to be the Big Little Lies and The Undoings and Perfect Strangers – I think that genre of show has been our biggest success out of the gate, so I think we’ll always be doing shows and movies in that arena.”

When asked if Big Little Lies would ever revive for a third series following the death of director John-Marc Vallée, Papandrea says she’s unsure.

“When John-Marc passed away, it was a great blow to all of us and certainly, before his death, I could have imagined more,” she says. “But I don’t know. I love that show and I love that group of people. I love David [E. Kelley]. I love Liane [Moriarty]. For me, it’s very special so I would never say never to that. I think the audience will tell us what they want but, obviously, Reese and Nicole are at the center of that.”

What Papandrea is sure of is that you have to take risks and be daring when it comes to making content in the current climate.

“The thing I believe most strongly, which is the hardest thing to sell someone, is to be as bold as you want to be. The best things I’ve ever made, built audiences. You create audiences that you didn’t know existed, right? That’s what so exciting right now. You’ve got to be bold. Fortune does favor the bold.”