THE Kardashians and Jenner family have gone all out once again for their annual Christmas work party.

Kris Jenner and her famous daughters enjoyed a no-expense-spared night out on Tuesday, and judging by Instagram, a good time was had by all. 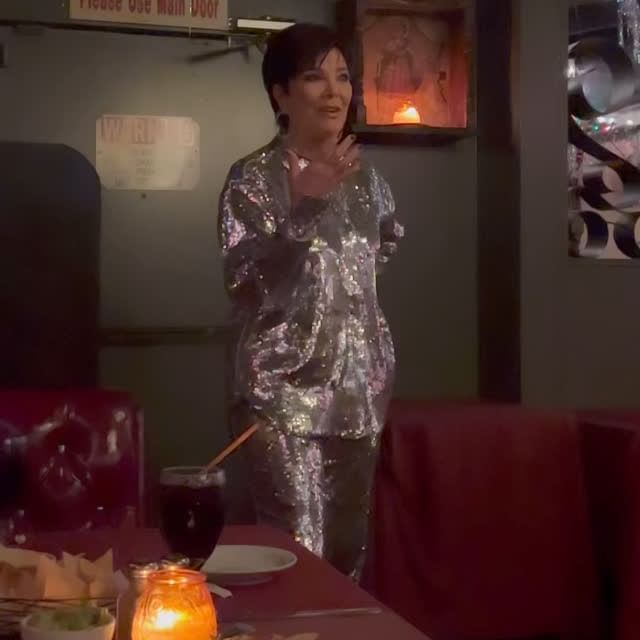 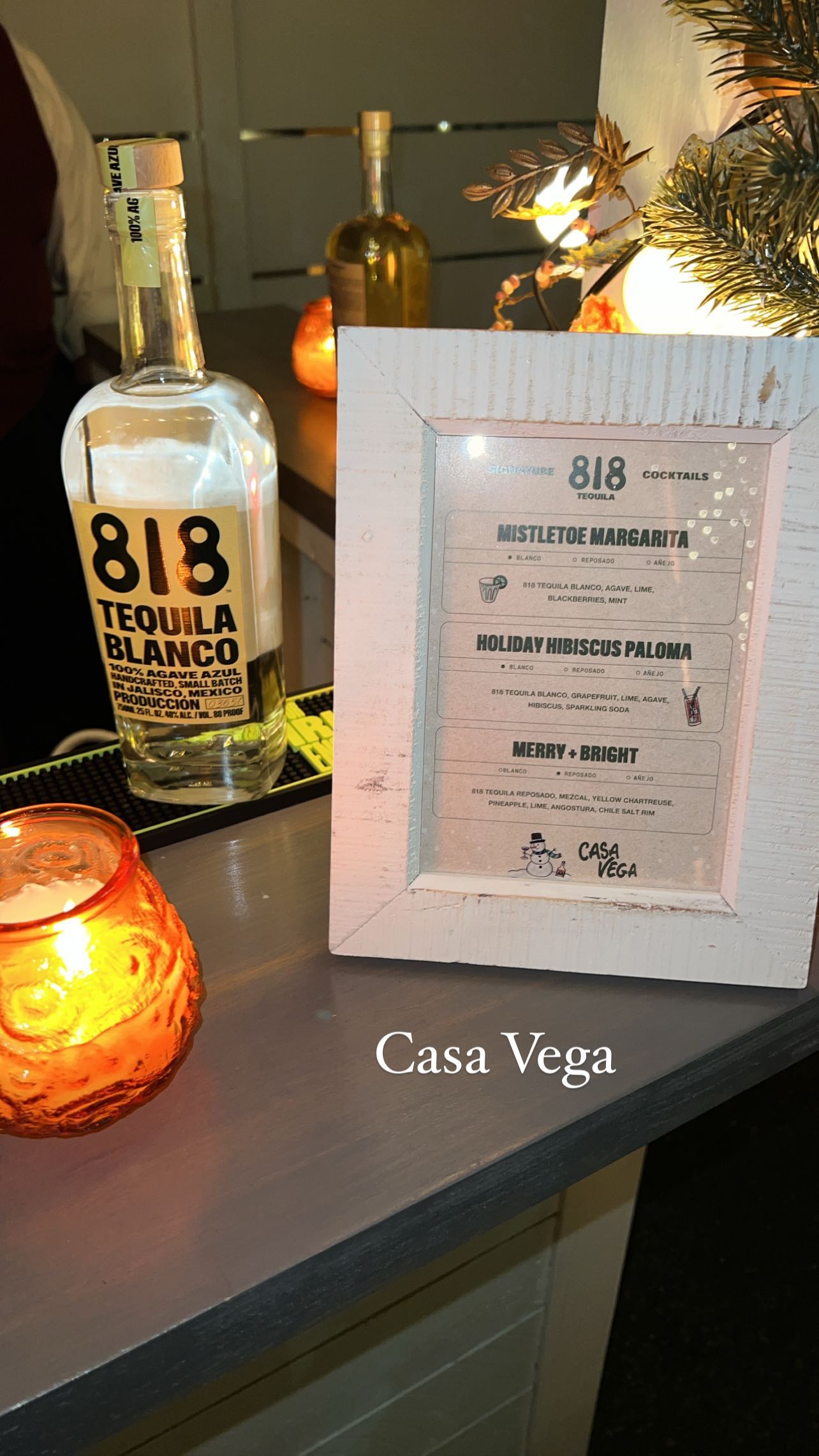 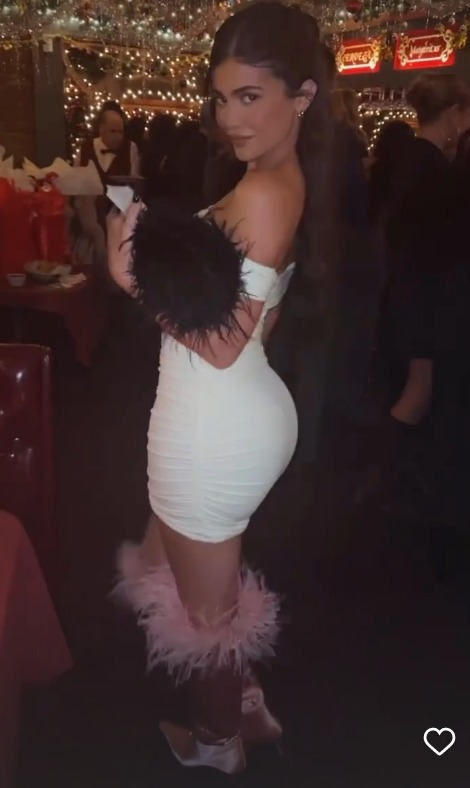 The 67-year-old momager, along with her daughters Kim, Khloé, Kendall and Kylie all took to social media to give a fans a glimpse of the shindig, which was held at Casa Vega Restaurant in Sherman Oaks, California.

Mom-of-two Kylie was up first, and couldn't resist showing off her outfit on her Instagram Stories.

The 25-year-old showed off her petite frame in a sexy off-the-shoulder bandeau dress, which clung to her figure in all the right places.

Kylie teamed the white garment with a pair of pink satin knee-high boots which featured a fluffy trim and she carried a matching black clutch bag.

The Kylie Cosmetics founder wore her long brunette hair half up and half down and her face was perfectly made up, no doubt with her own brand's products.

The reality TV star shared a selfie video of her walking to the party set to the backdrop of the track Low by SZA.

She also posted a clip of the lavish bar at the Mexican restaurant which was serving Kendall's very own tequila which is called 818.

As well as various bottles of 818, there was lots of sliced lime, personalized napkins, and cocktail making equipment.

Guests had a choice of three cocktails to choose from: Merry + Bright, Holiday Hibiscus Paloma and Mistletoe Margarita.

Giving her 51 million Instagram followers a close up look at the menu, Kris panned across the bar and zoomed in and could be heard saying: "Well, look what we have here!"

The businesswoman, whose daughter Kourtney Kardashian appeared to be absent from the party, also gave a speech – in which she paid tribute to most of her girls. 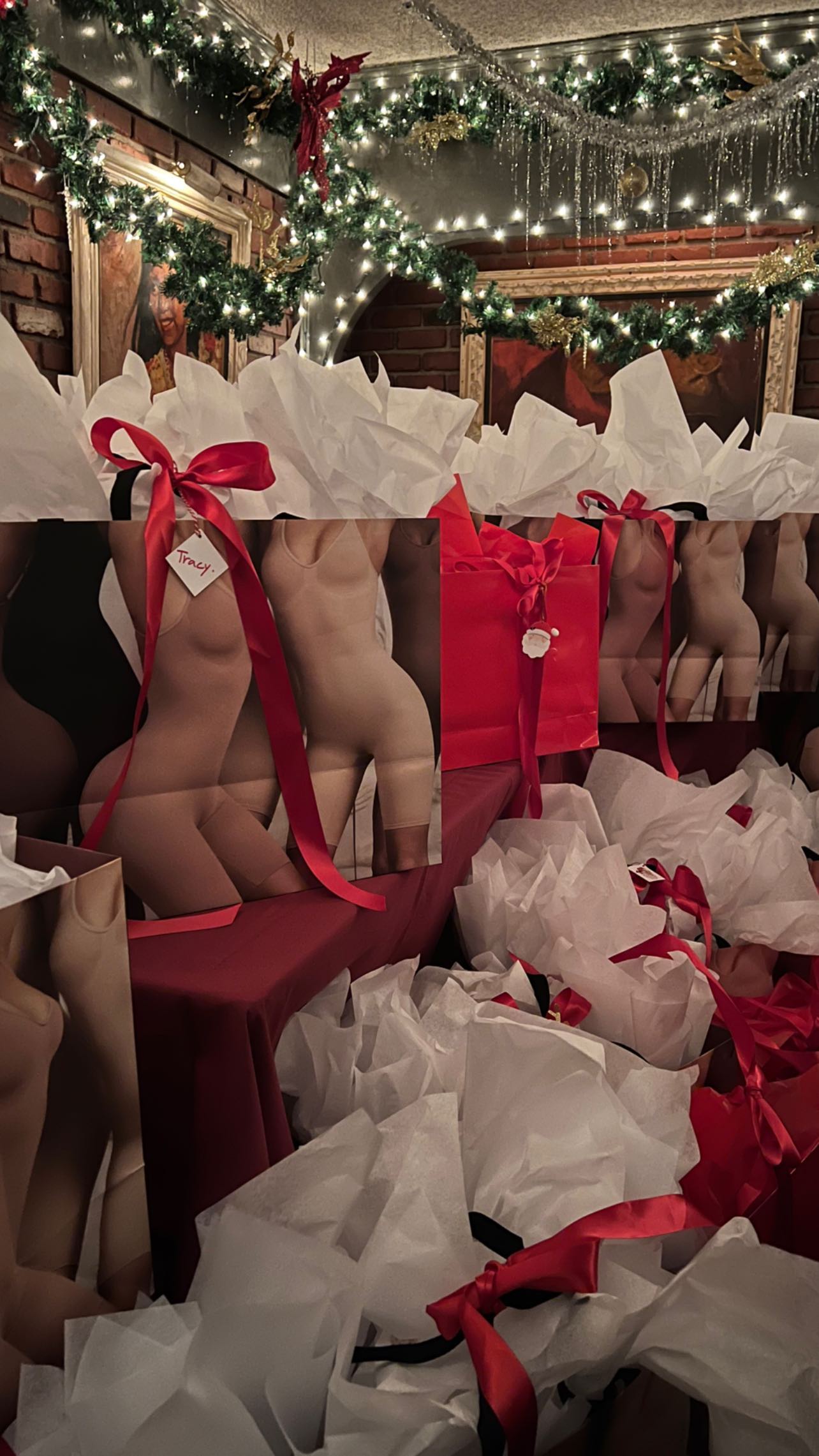 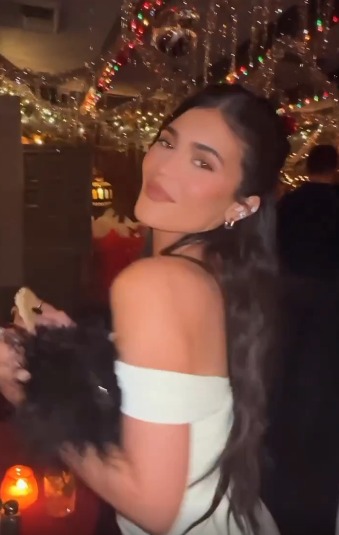 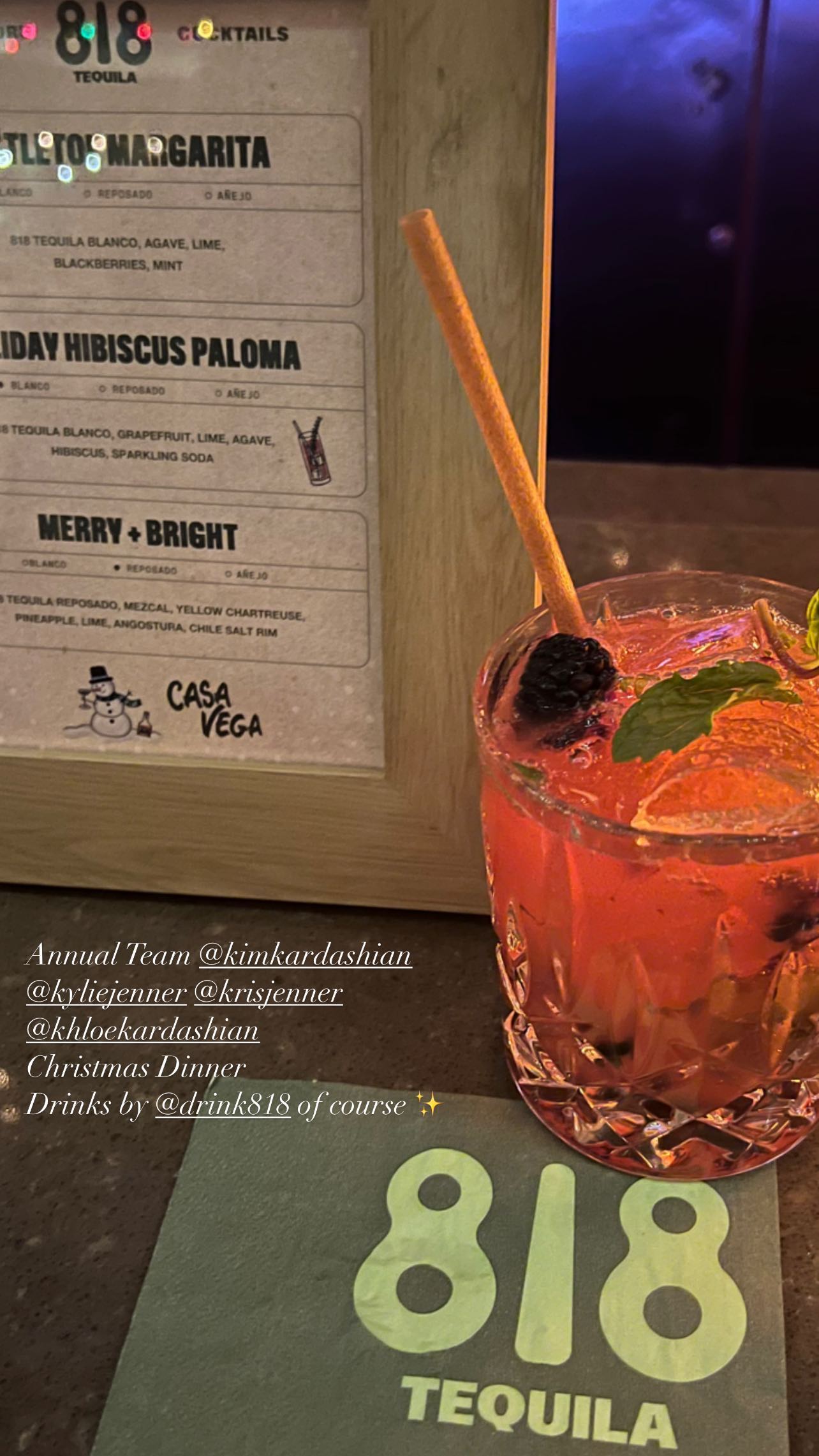 As she waited for the applause to subside, Kris began her speech and said: "It's very confusing getting dressed at my house very time I go to an event, because tonight I have on like Good American on the outside, I've got SKIMS on the inside, I'm drinking 818 like crazy!"

Kylie was then heard shouting out: "What about Kylie Cosmetics?"

"I have my makeup on, Kylie Cosmetics, and of course, I washed my face with Kim's SKKN. I mean, it doesn't get any better."

Kris continued: "Honestly, we love you guys so much and we thought that this year we would do our family wide, since 1975 – I'll speak for myself and then it goes on – this restaurant has been a part of our journey for our whole lives." 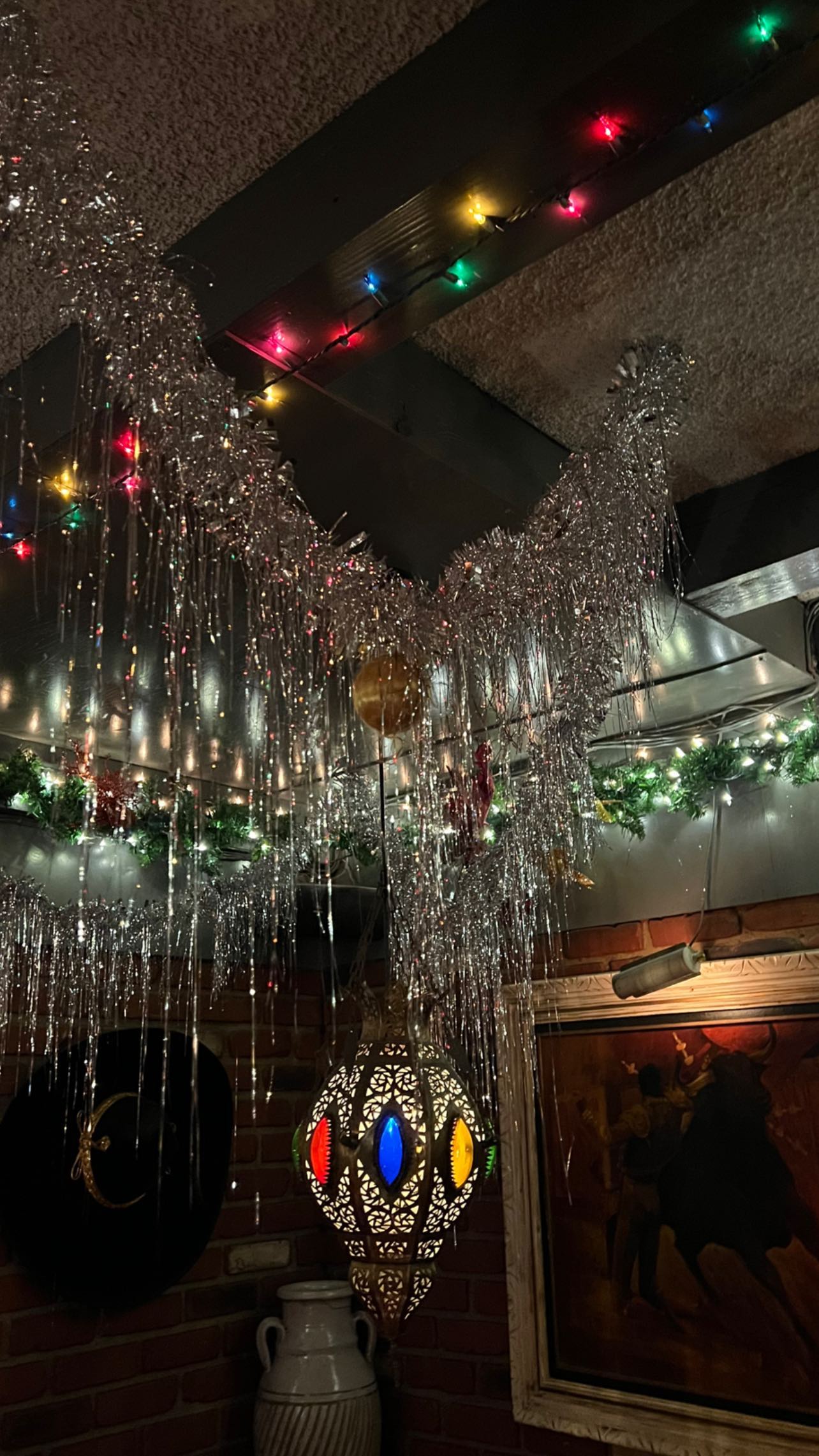 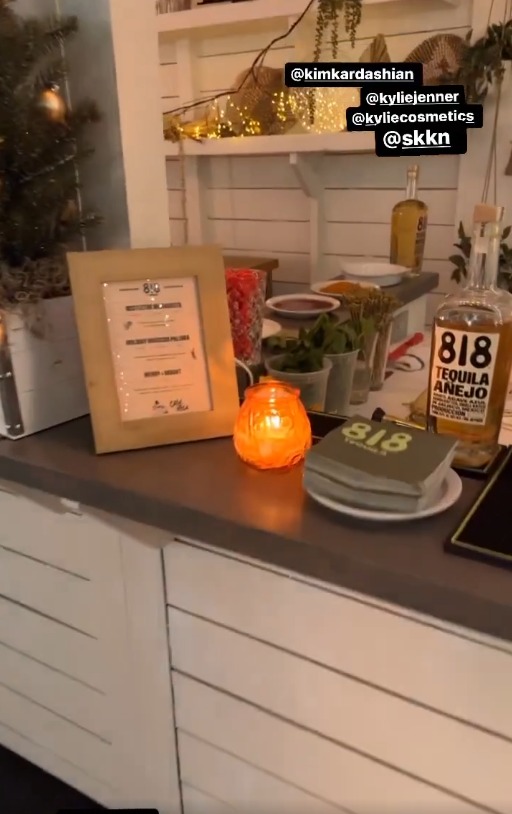 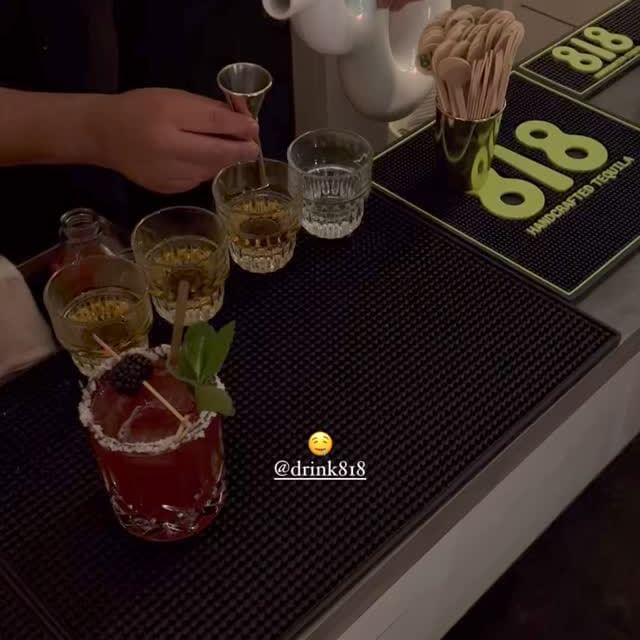