KATIE Price pulled out all the stops for boyfriend Carl Woods' 32nd birthday as she surprised him with an extravagant bash in their garden yesterday.

The 42-year-old made sure to go the extra mile as she celebrated Carl's birthday for the first time and hired event planners, Party Organising Professionals, to transform their home into the perfect party venue. 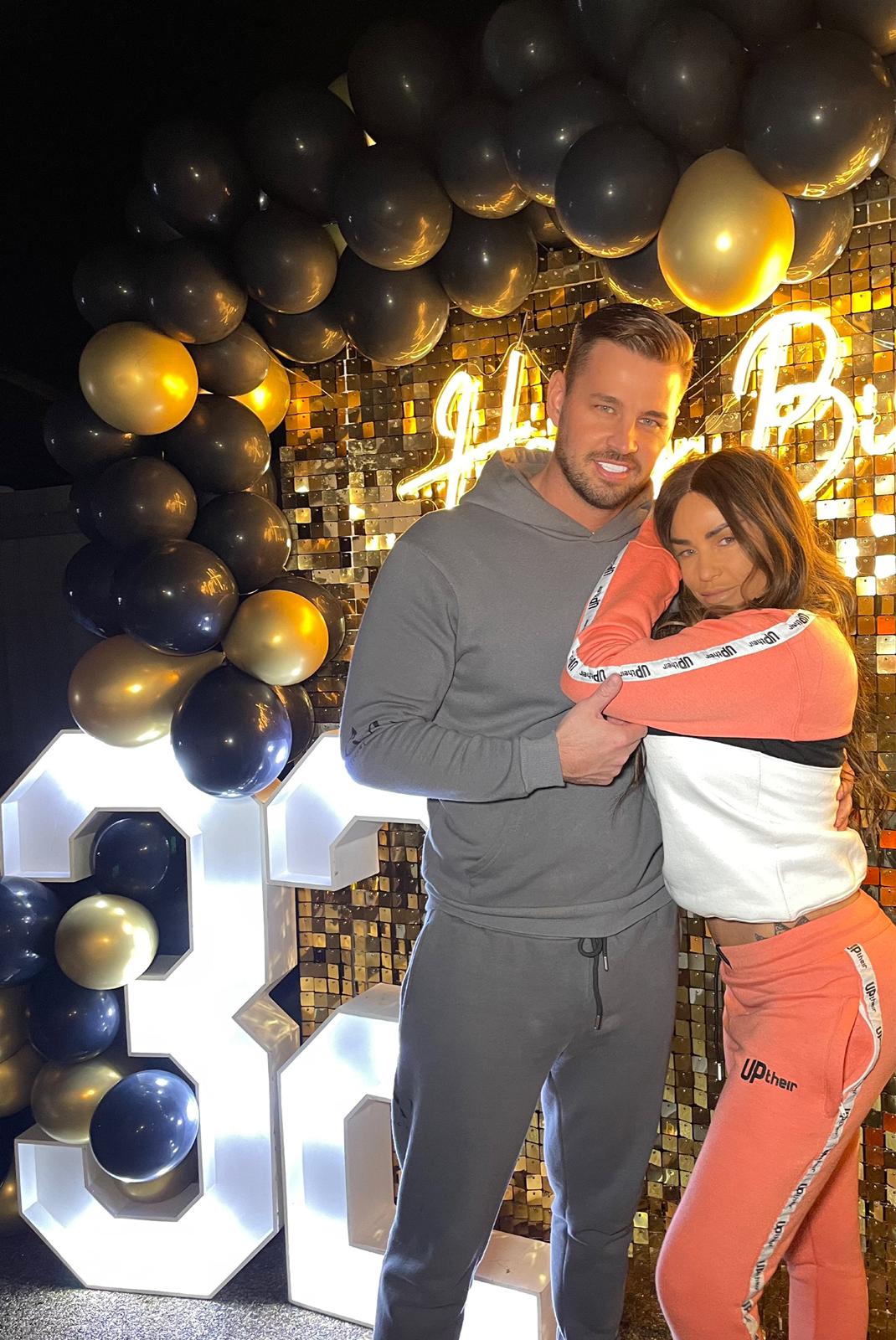 Carl celebrated his birthday last Monday alongside Katie, who marked the occasion by sharing a video of her son Harvey singing him Happy Birthday on Instagram.

The Love Island star was "lost for words" when he returned from walking his dog Sid on Sunday to find an outdoor cinema screen from Smiths Ultimate Outdoor Cinema Company set up for a belated surprise party.

The light arrangement was nestled into an ornate balloon arch that featured tones of gold, black and white. 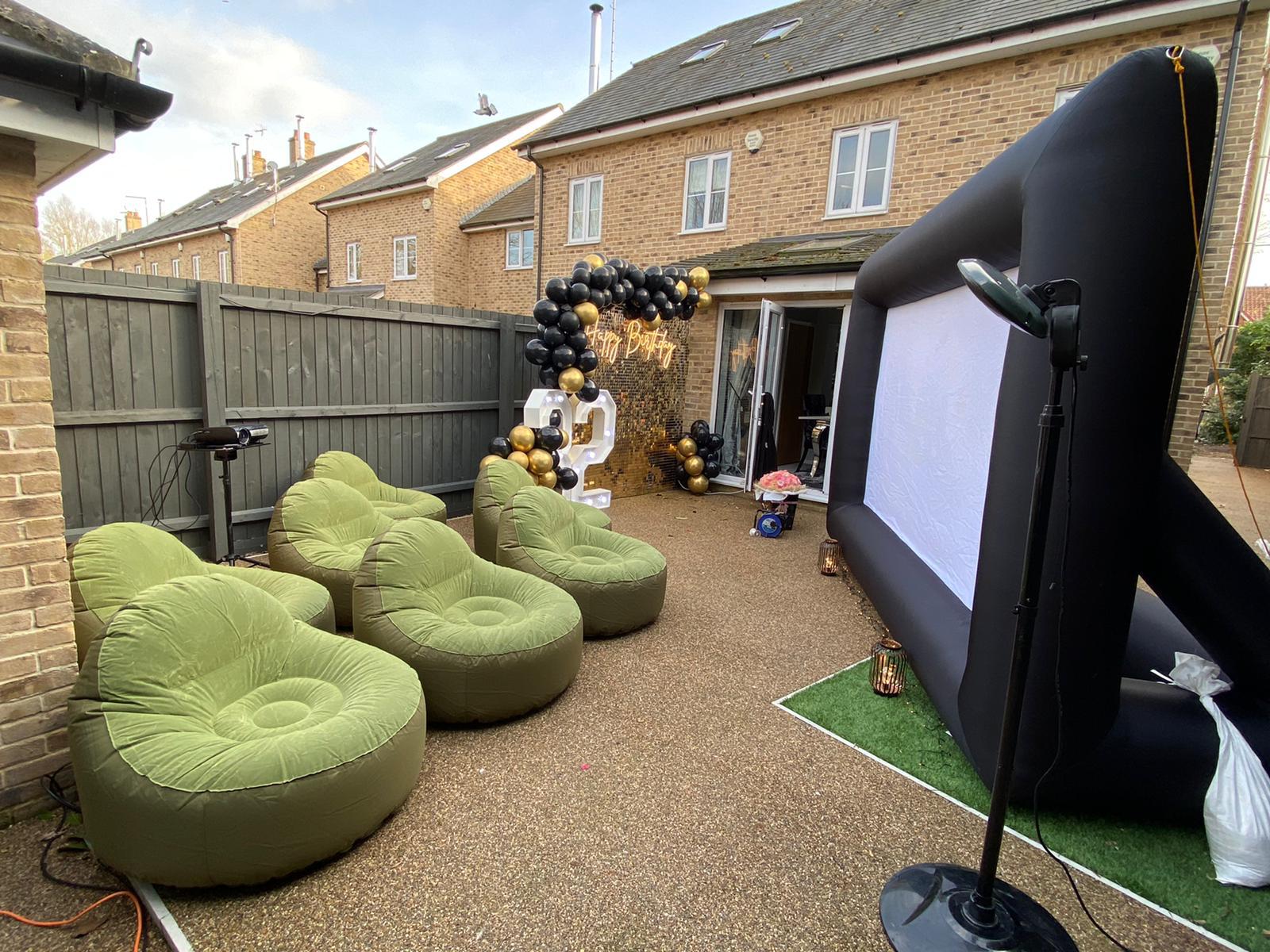 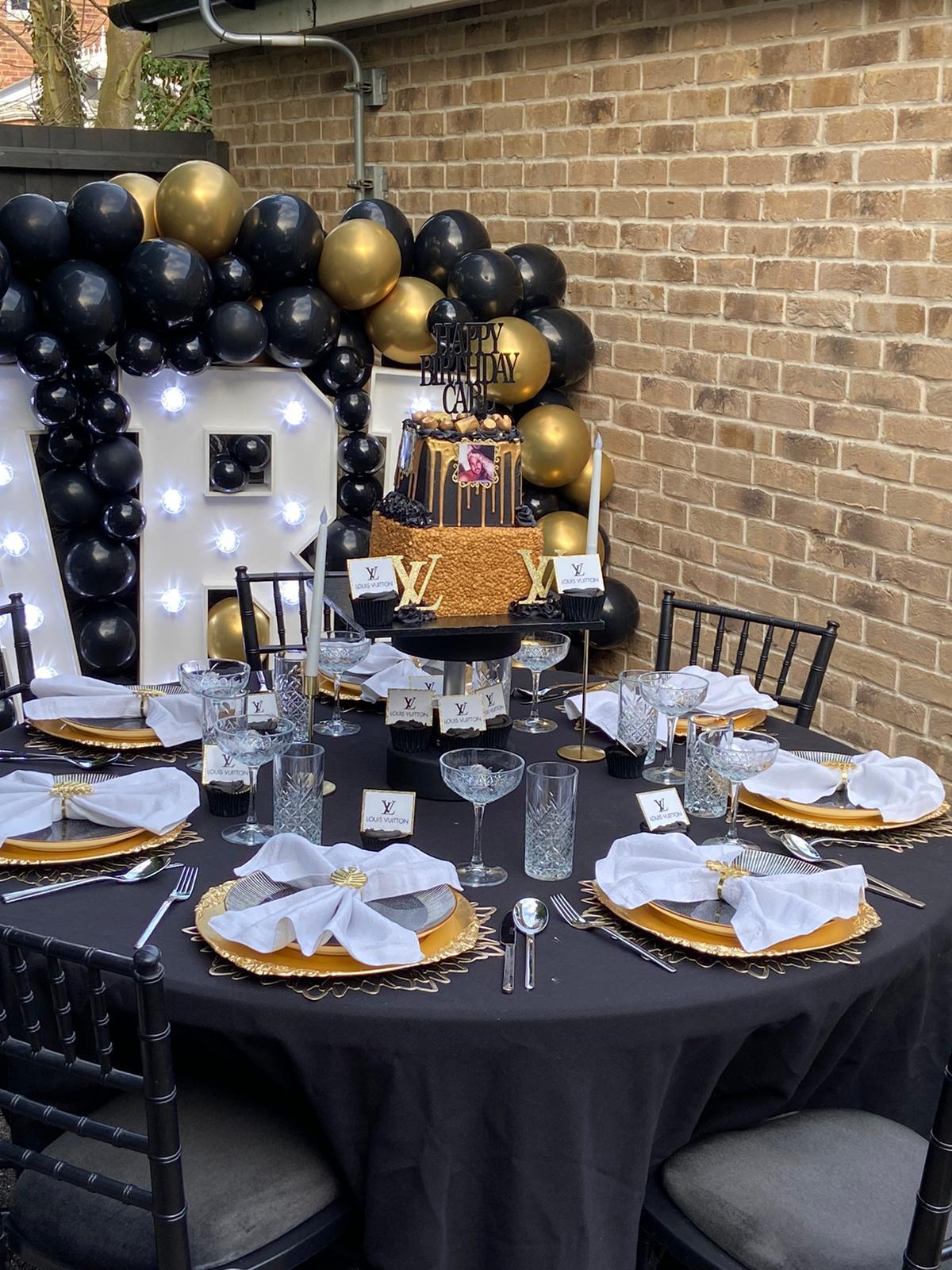 The TV personality also sourced a neon "Happy Birthday" sign, which she had hung over a shimmering gold background while complementing giant number lights stood alongside it.

Katie's party planning didn’t stop there as she organised a lavish dinner for Carl, complete with a Louis Vuitton-inspired birthday cake by Ellie Nicole Cakes – as he's a "huge LV fan."

The former Loose Women was sure to have the table's decor continue the party's black, white and gold-theme, which was supplied by Sky's The Limit. 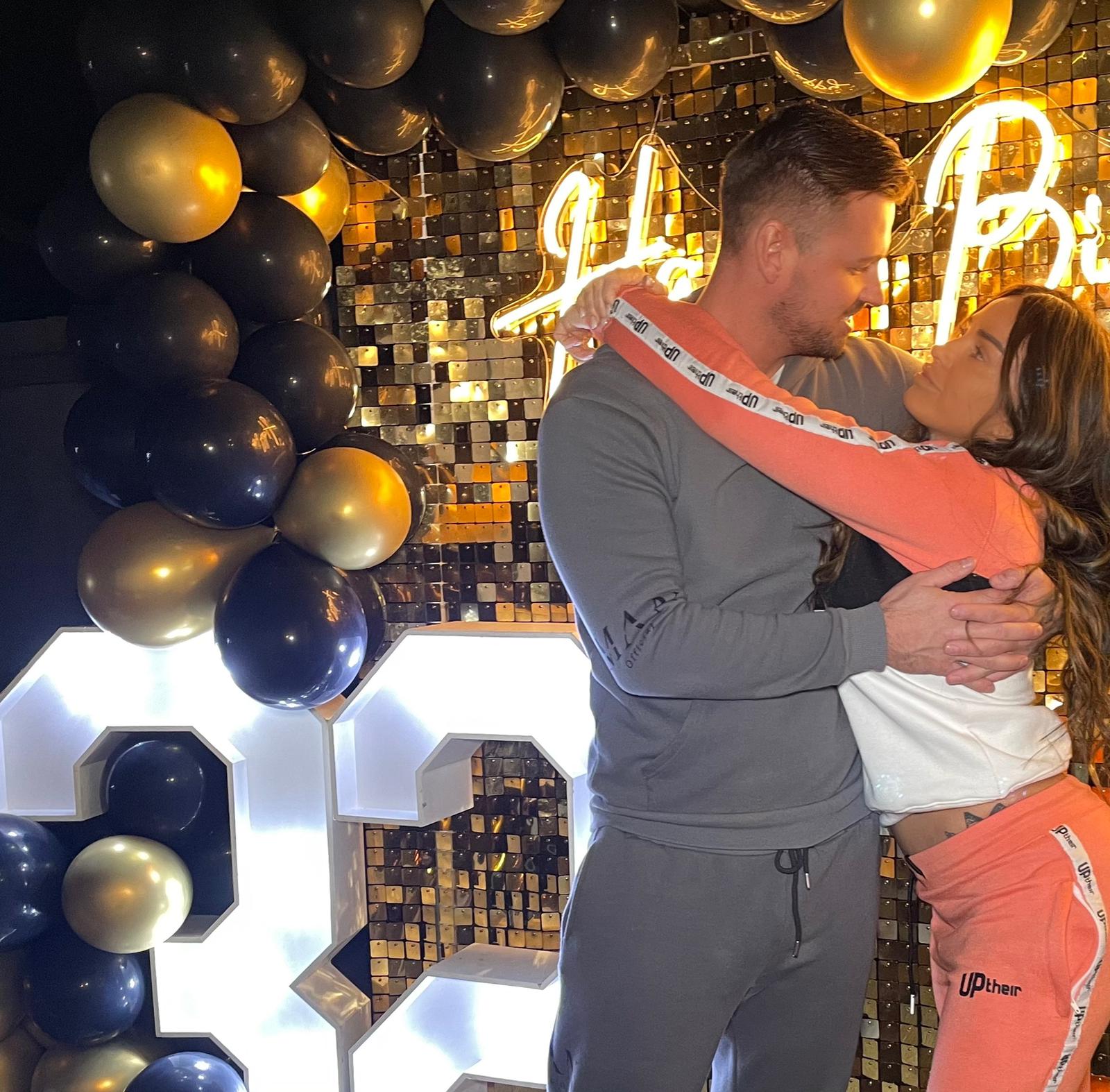 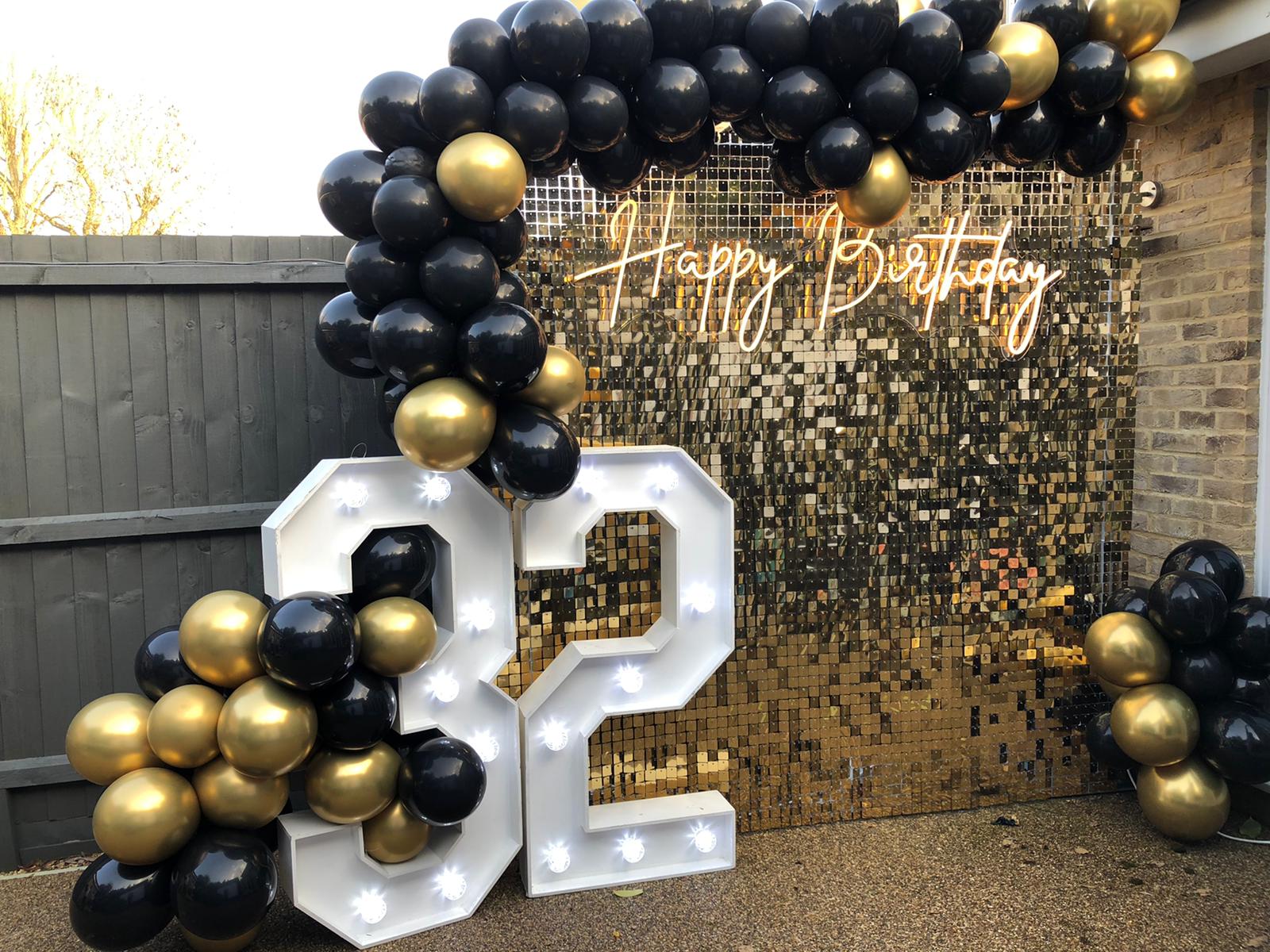 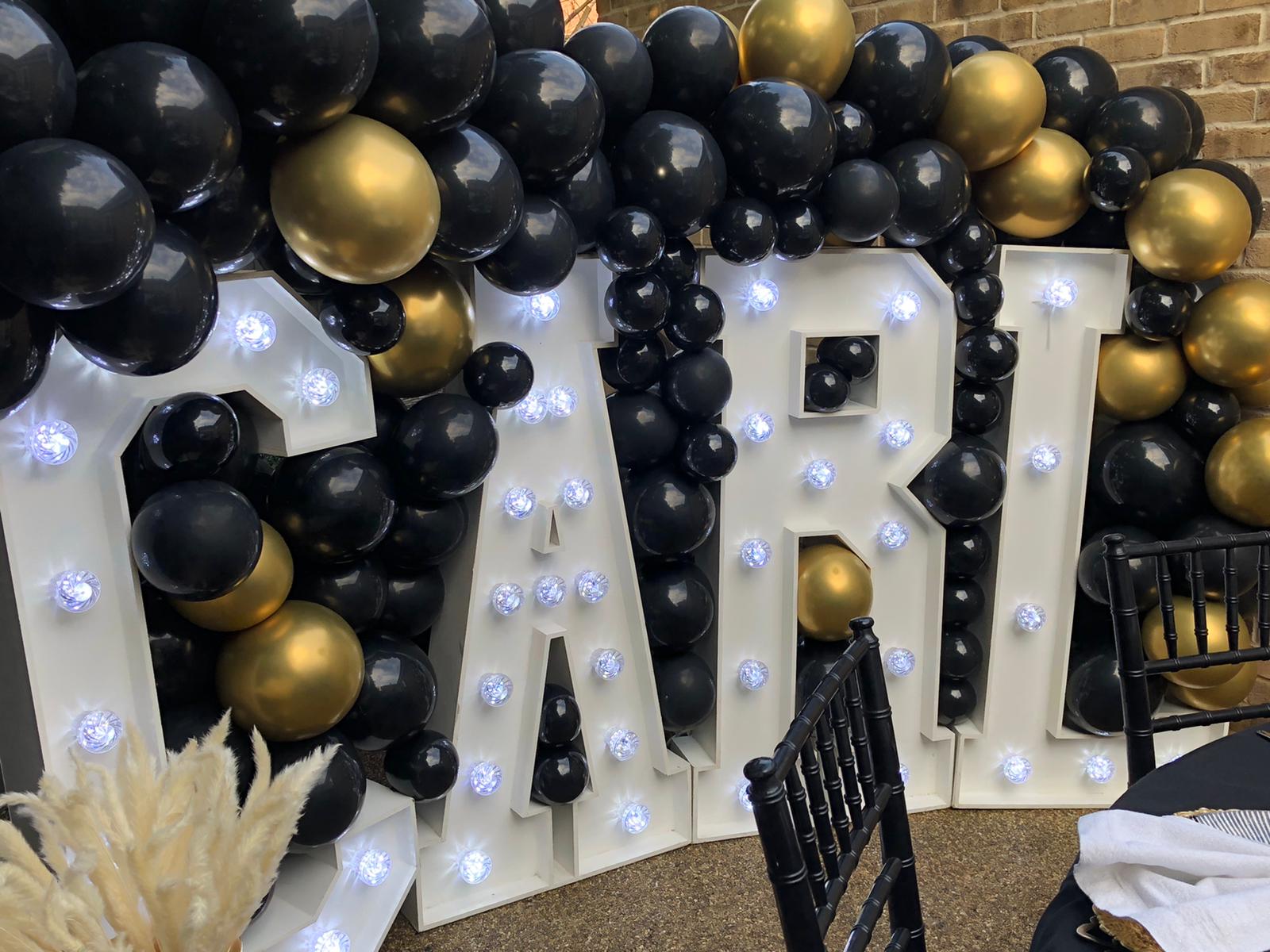 Katie's over the top celebration comes a week after Carl gifted her a Chopard diamond necklace for Valentine's Day.

Carl had a cabin built in the back garden for the romantic holiday and had it covered in balloons and roses.

She was also treated to a 22 karat gold rose after Carl splashed £10,000 on two bouquets. 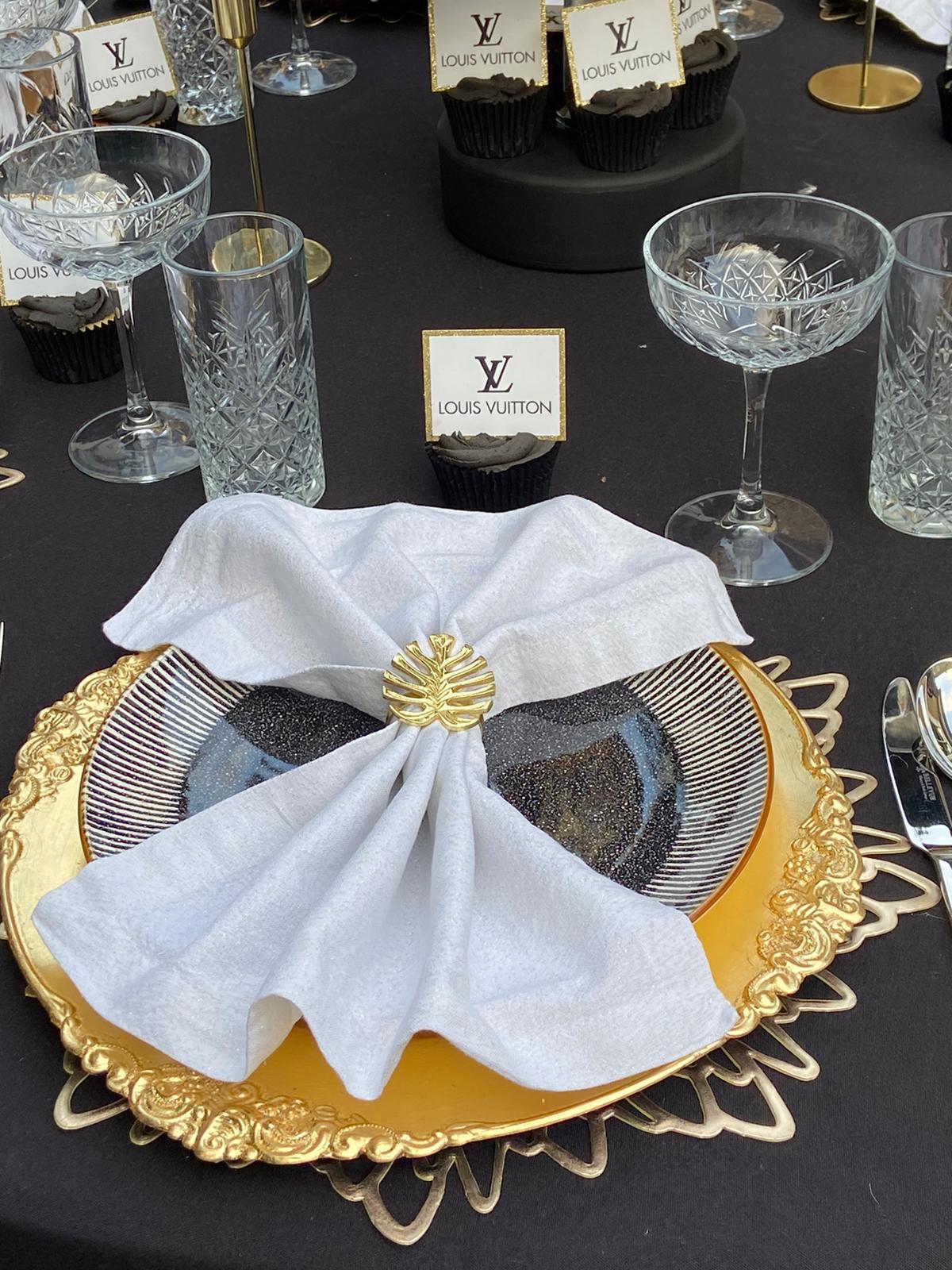 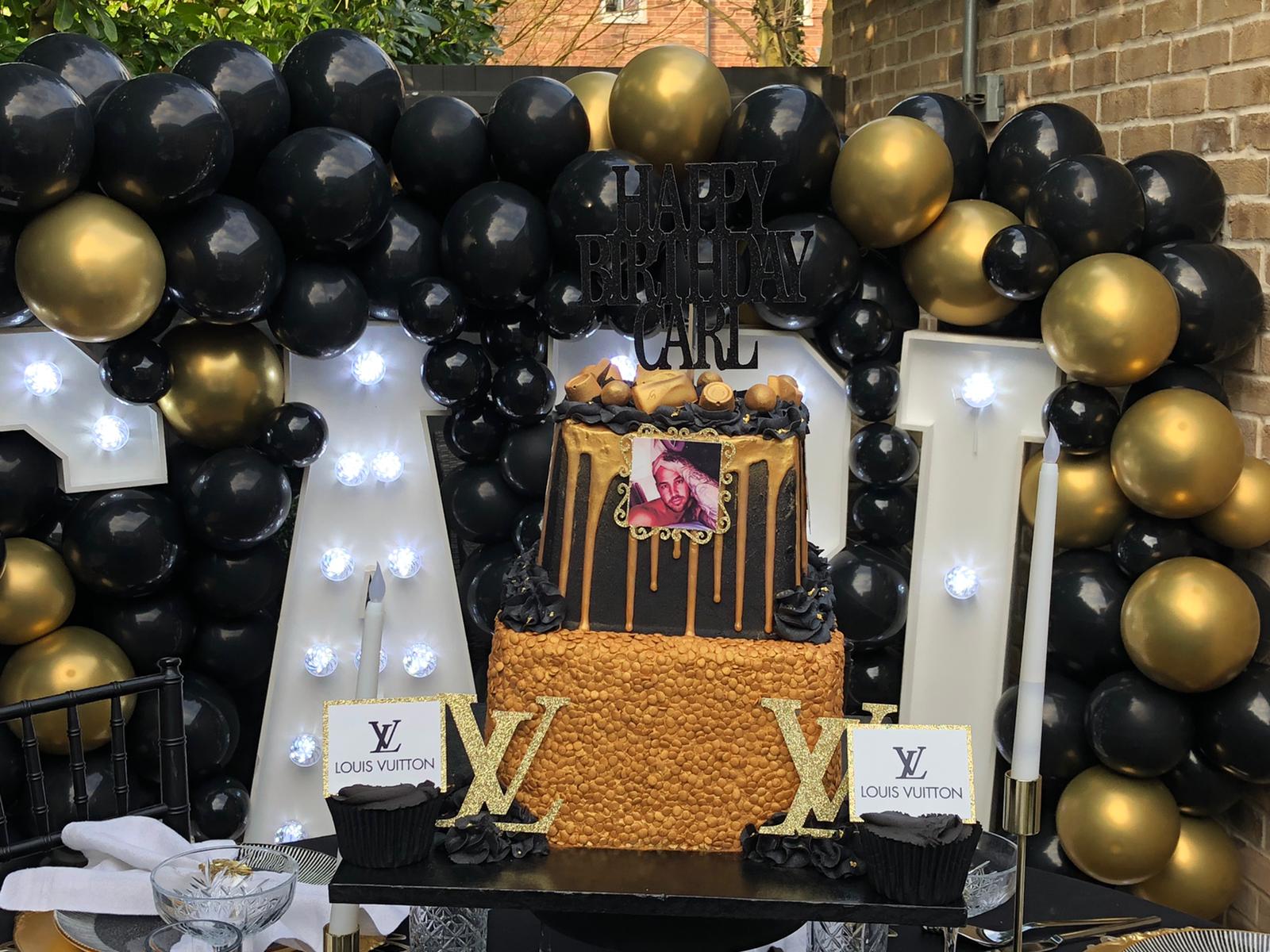 There were also letter lights spelling out "love" and "Dolly" – Carl's nickname for Katie.

It's the couple's first Valentine's Day together ever since being introduced by a mutual friend in June last year.

She also hopes to have another baby with Carl, who appeared on ITV’s Love Island in 2016.

Katie said: "I’m not getting any younger . . . I do look younger as I get older but you know what I mean.

"It’s all happened really fast but I know Carl is the man for me. He’s The One and I couldn’t be happier — look at me!"