JERSEY Shore star Ronnie Ortiz-Magro celebrated his engagement to Saffire Matos with an extravagant party with their family and friends over the weekend.

Ronnie proposed in June, just weeks after he was arrested on domestic violence charges. 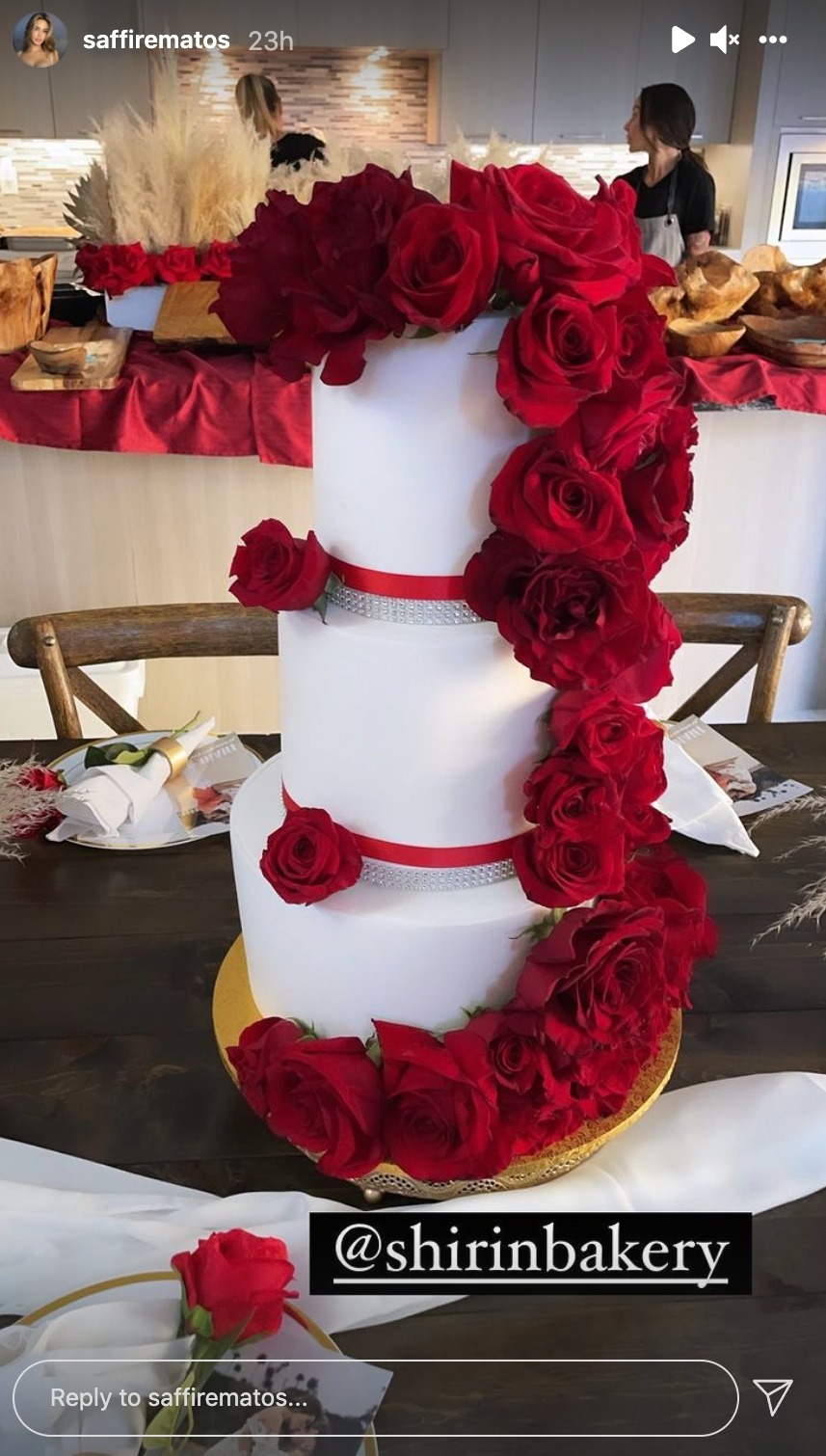 The pair spent the last few months soaking up their post-proposal happiness and planning their massive party to toast their engagement.

Saffire shared photos and videos from the celebration, to which she wore a sexy satin red dress with spaghetti strap and styled her brown locks in soft waves.

Meanwhile, Ronnie gelled his hair over to one side and wore a crisp, black-and-white short-sleeved shirt that featured a flower pattern.

“Thank you everyone for coming to our special day❤️🌹,” Saffire wrote alongside a couple sweet snaps of her and her fiance posing in front of balloons and a lit-up “LOVE” sign.

Their house was outfitted with Instagram-worthy decorations and decadent food and desserts.

The Jersey Shore star had one wall of his place completely adorned with flowers to make wall of red roses, with a sign on it that read: “It was always you.”

Next to it was a donut wall, which Ronnie and Saffire decorated themselves, and a drink station with what appeared to be lemonade.

A large white cart with Ronnie and Saffire’s names was set up to house delicious foods for all of the guests.

The wooden dinner table featured a white and gold color palette, with a place at each setting, along with a gold-ringed napkin, roses, and “thank you for being apart of our special day” cards.

They ate mac and cheese, arugula salad, a tomato and mozzarella salad, asparagus, cooked carrots, and differents kinds of meats and pastas.

Everyone raised a glass to toast to the happy couple, saying “love is beautiful” as they celebrated their engagement.

A massive, white “We’re engaged” sign was hung up on one of the walls, while a photo station was set up at another, right by the balloon wall.

The main dessert was a three-tier engagement cake, with white and red frosting and a waterfall of roses along the top and one side.

Ronnie cut into the special treat as everyone watched and cheered him on.

Saffire also shared a family photo of her with Ronnie and her parents, writing: “Family is everything, love you mom and dad! Thank you for all you do!”

In June, Ronnie proposed after enjoying a private picnic on the beach in Los Angeles.

His 3-year-old daughter Ariana, who he shares with ex Jenn Harley, was there to celebrate the engagement, as well as other members of his family,

The Jersey Shore star went public with his fiance, Saffire, on Instagram in October 2020.

Back in April, the MTV star was arrested on domestic violence charges in Los Angeles.

After the arrest, Saffire released a statement, writing: "Ronnie and I are fine. There is a lot of misleading information floating around out there.

"With anybody who reached out with concern I appreciate it with all my heart, but everything that's being portrayed out there are not facts."

She continued: "I don't think it's fair that people are using false accusations to gain attention. Please leave Ron and I alone. You don't know what someone is going through at the end of the day."

However, the judge let the reality star walk free and instead ordered him to take 26 parenting classes.

The judge also placed him under a three-year protective order where he is prohibited from harassing or intimidating Saffire. 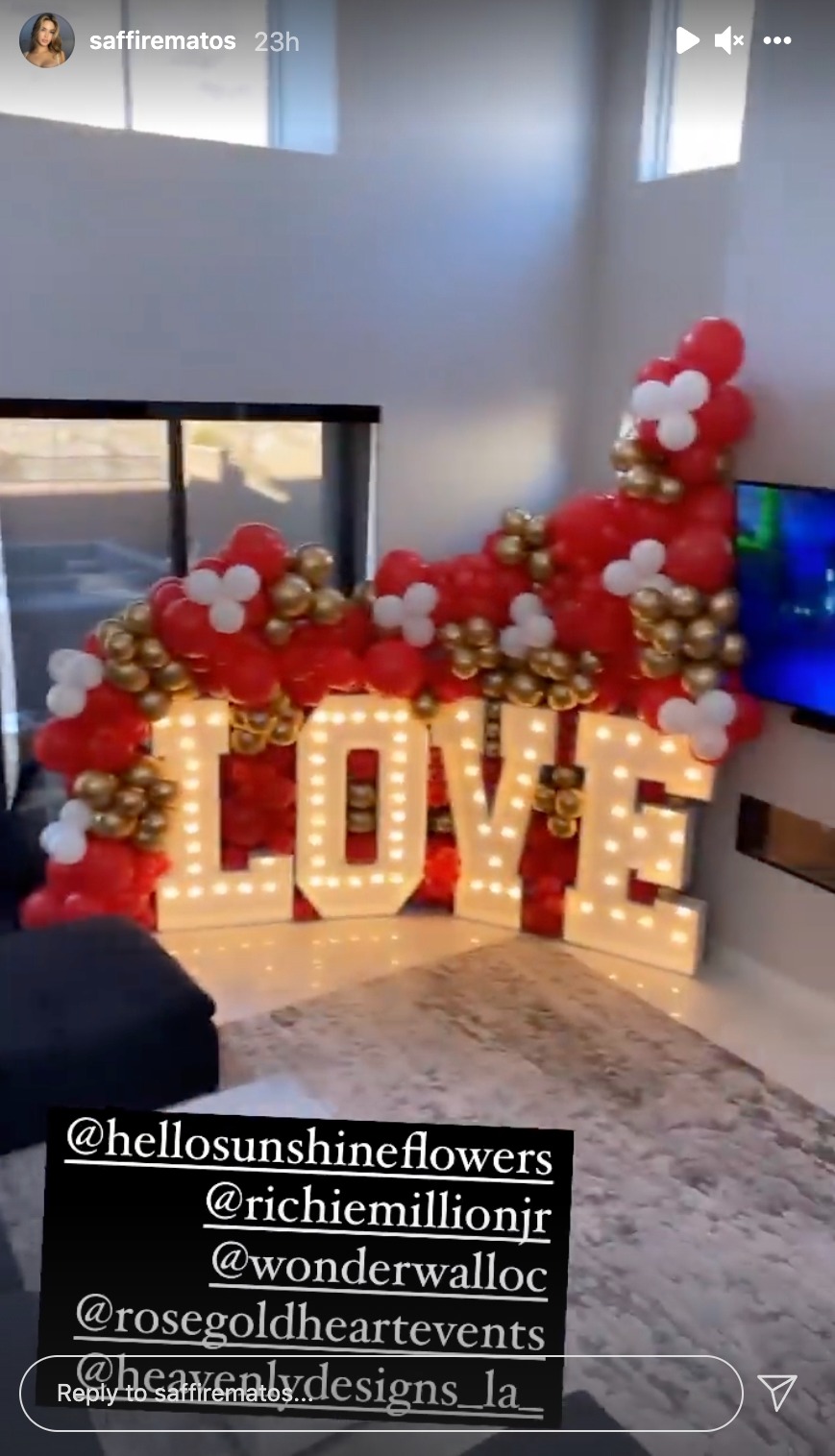 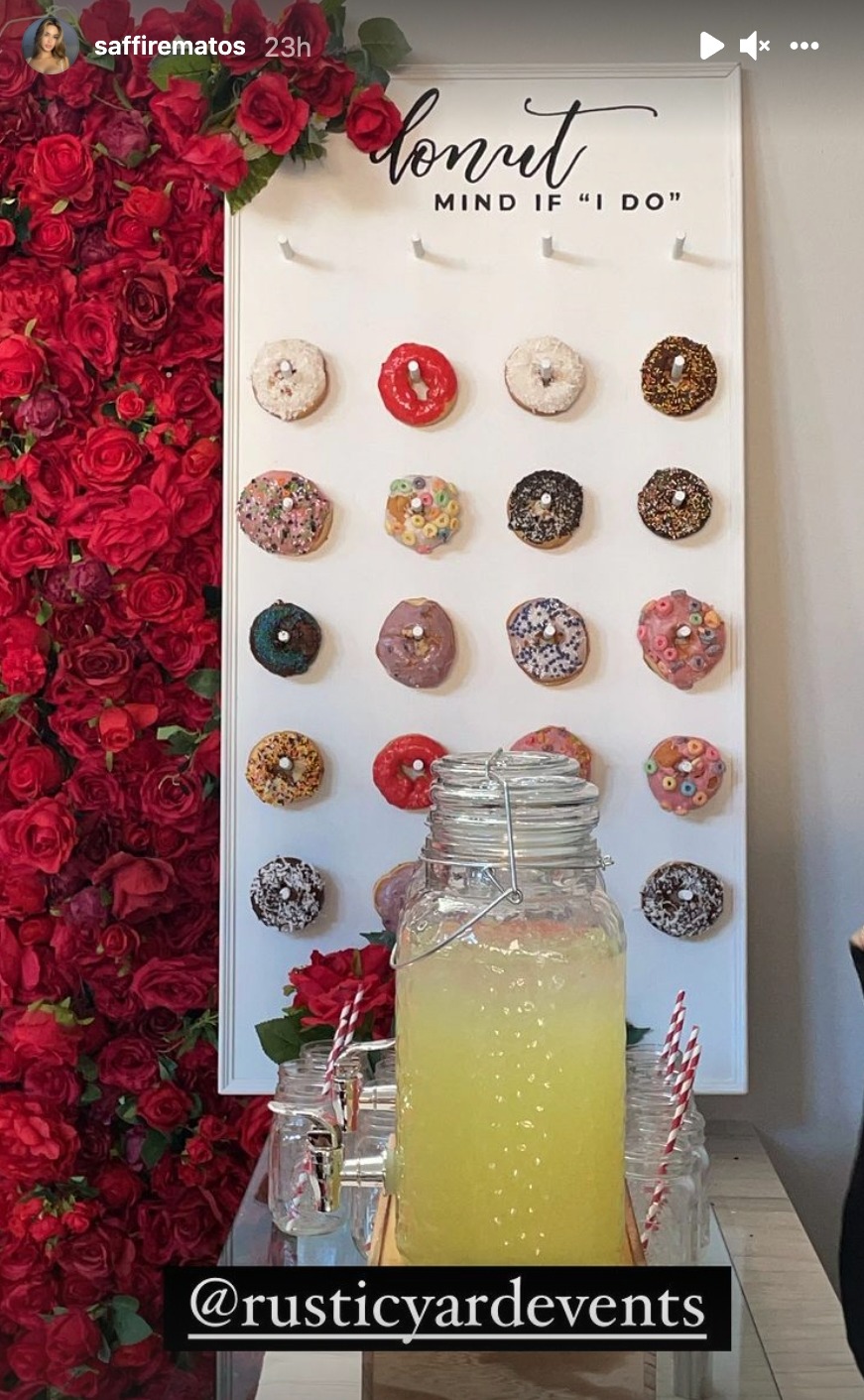 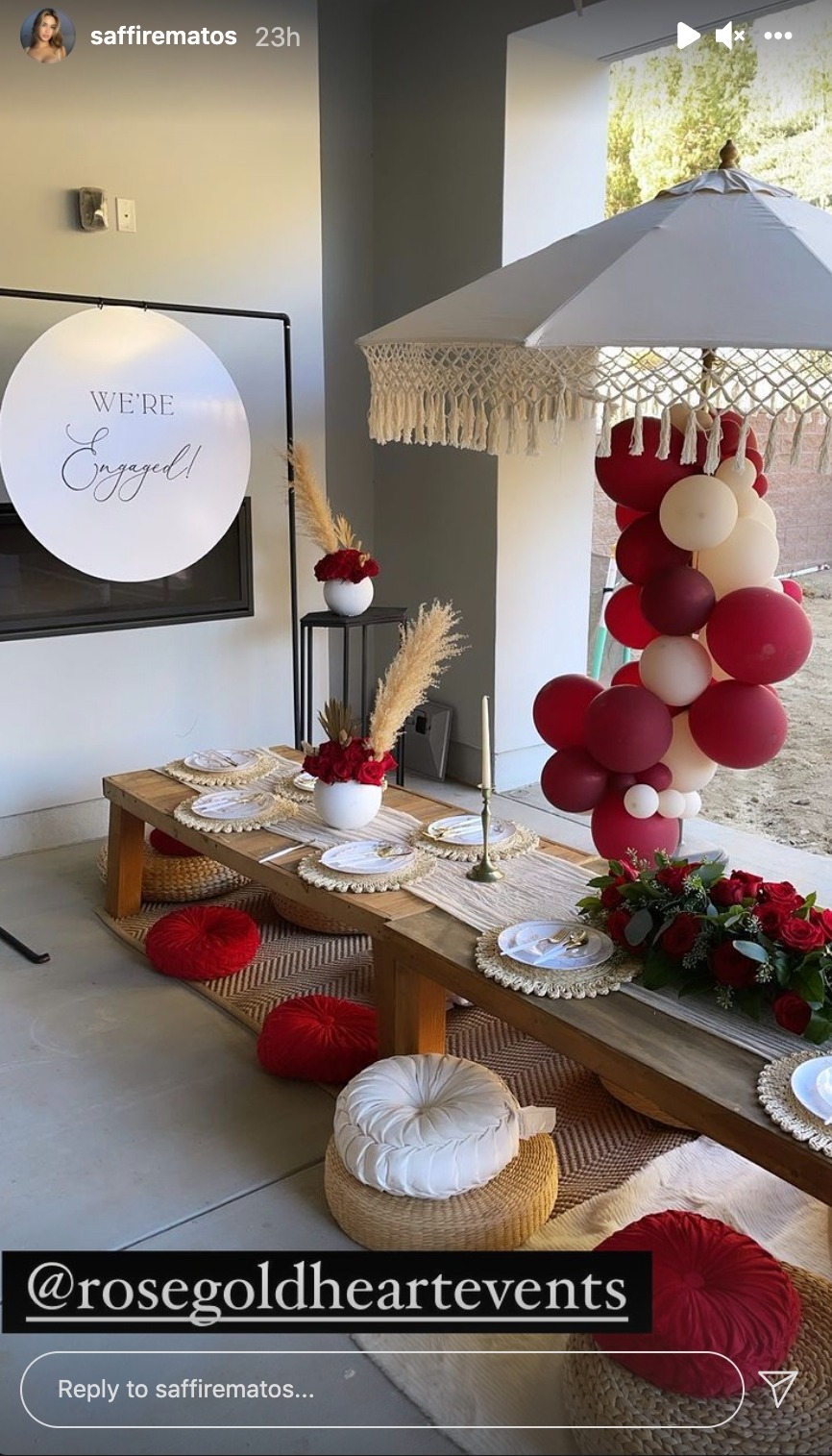