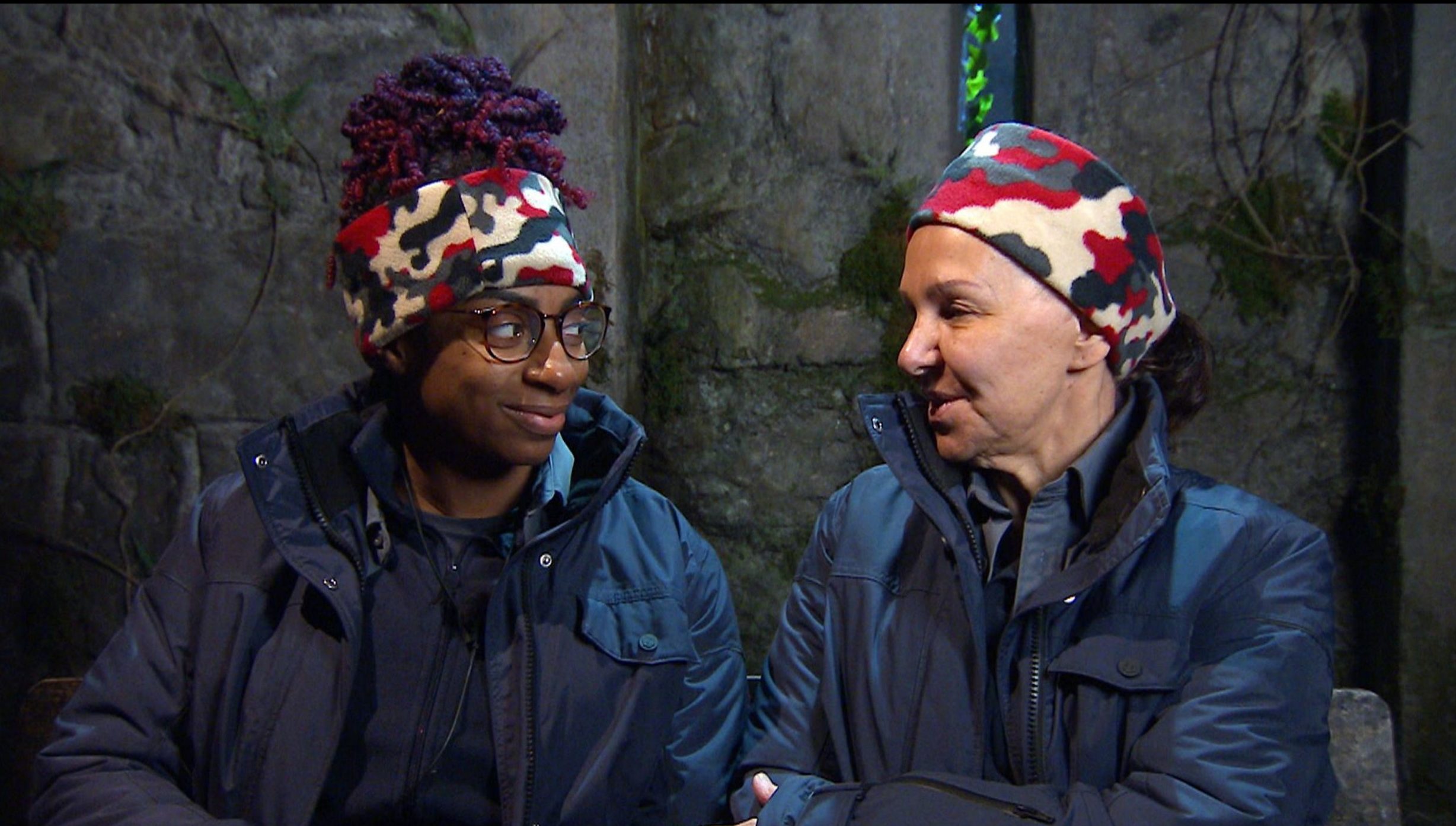 I’m A Celebrity star Kadeena Cox was left in tears after a brutally stressful Bushtucker Trial with Dame Arlene Phillips.

The pair were plunged into complete darkness with Kadeena closed inside the top bunk of a bed where she had to move stars around a maze and release them through a hole to Dame Arlene in the bottom bunk, where she placed them into a collection rack.

Of course, they weren’t alone, with 25 snakes joining them in the bunks. Kadeena struggled with the snakes and burst into tears shouting: ‘Please get me out.’

However, the pair persevered and earned 10 of the 11 possible stars for the camp.

Throughout the trial, Dame Arlene struggled to keep the stars in the rack, with viewers getting majorly stressed out by the scenes.

Meanwhile, Kadeena was left in tears at the end, with Ant and Dec comforting the sports star.

Arlene discovering who was knocking the stars off the rack #ImACeleb pic.twitter.com/q8ivNUQkjg

Me screaming at Arlene to count the stars right #ImACeleb pic.twitter.com/3SpG8WicLl

Arlene in the trial #ImACeleb pic.twitter.com/JJMPXwA9Uz

Arlene discovering who was knocking the stars off the rack #ImACeleb pic.twitter.com/bRRcLXnQKN

Elsewhere, there were tensions between Kadeena and Naughty Boy as rows over the cooking continued.

As the sports star attempted to give the music producer tips over how to cut up oxtail, Naughty Boy pleaded with her to leave him to it.

Meanwhile, the show itself has had a rocky time of it recently.

The show’s live episode was cancelled on Friday night and was replaced with a pre-recorded episode, while Saturday, Sunday and Monday’s instalments were cancelled altogether and replaced with a compilation of classic moments from previous series.

Ant and Dec admitted the production was left in a ‘wreck’ by the storm but were able to return with a live show on Tuesday.

I’m A Celebrity returns Wednesday at 9pm on ITV.