I’m A Celebrity… Get Me Out Of Here! fans were overjoyed to see the series return to ITV this evening. Declan Donnelly was reunited with Ant McPartlin and the pair got down to their usual cheeky brand of humour.

Speaking about The Good Morning Britain presenter, 52, Dec said she would be facing a “huge challenge”.

However, Ant saw the opportunity to show off his quick wit instead.

He told his life-long pal: “But before she goes back to work with Piers Morgan, she’s got three weeks in the jungle!” 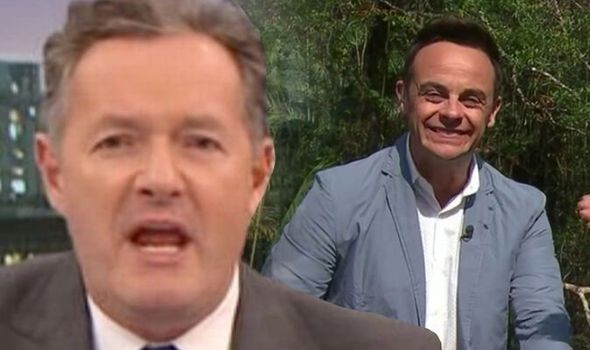 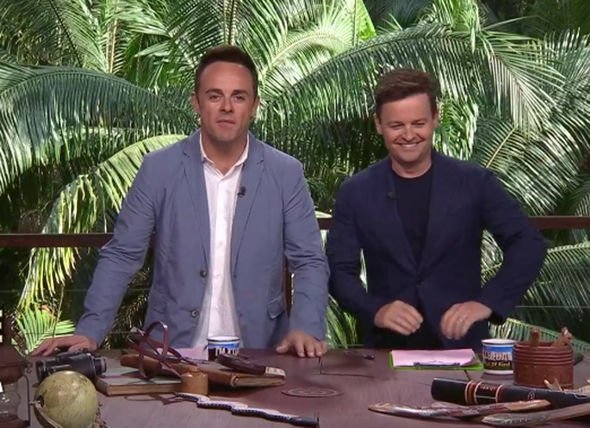 Kate was thrust right in to the deep end on I’m A Celebrity this evening as she was forced to walk the plank.

The 10 contestants were paired up and each were competing to become a “power pair”.

If they won, they would get to stay in the better camp and have luxury food, but if they lost, they would have to survive off rations and sleep on the floor.

Kate was teamed up with Irish comedian Andrew Maxwell and competed against two other couples to become a “power pair”. 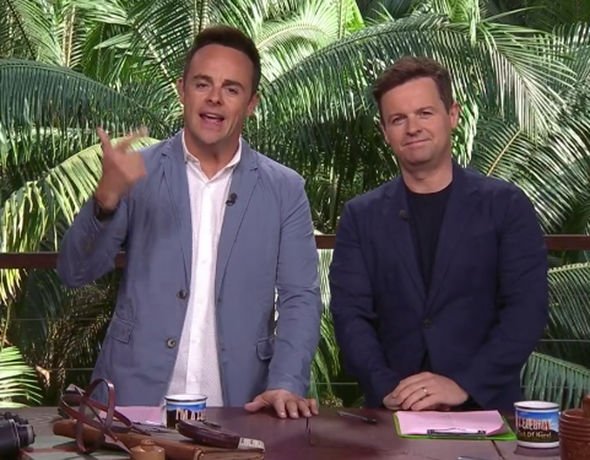 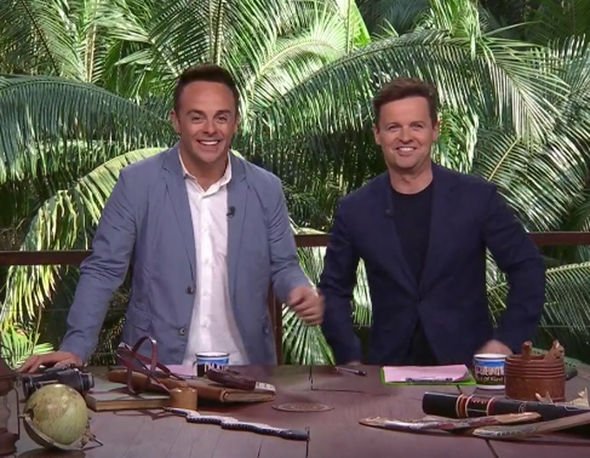 They had to walk the plank 344 feet above the ground, and also descend a small ladder.

While at the end of the plank, they had to press a button on the floor when a light flashed with their foot.

Sadly, Kate and Andrew were beaten by Roman Kemp and Myles Stephenson.

Elsewhere on I’m A Celebrity, Declan shocked with his jokes about Prince Andrew.

Kate Garraway: GMB host on why she kept joining the jungle under wraps [VIDEO]

I’m A Celebrity: ITV bosses confirm bushfires are not a threat to show [VIDEO]

Last night, the Duke of York gave an interview with Emily Maitlis on Newsnight, which has made headlines across the globe.

During the chat, he said he didn’t sleep or dance with Virginia Giuffre.

His argument came from his claims that he can’t sweat due to a condition called “anhidrosis” after she alleged he was “sweating profusely” when she was with him.

Introducing the show, Ant said: “And what a line-up we’ve got in store for you this year.

Dec interrupted: “Presuming they can sweat, not everyone can sweat apparently.”

Viewers were left in hysterics over the topical joke and flocked to Twitter to share their thoughts.

I’m A Celebrity… Get Me Out Of Here! airs nightly on ITV at 9pm.