The Assassination of Gianni Versace, Netflix 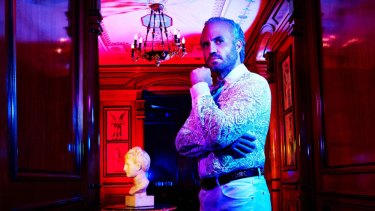 Édgar Ramírez as Gianni Versace in the Netflix series.

Timing is everything in journalism. When investigative reporter Maureen Orth was tracking gay serial killer Andrew Cunanan across the US in the summer of 1997, she didn't know the 27-year-old, having slaughtered four men in Minneapolis and Chicago, was hurtling down the interstate in a red pick-up truck towards Miami – and a date with global infamy.

Once news broke on July 15 that fashion mogul Gianni Versace had been shot at point-blank range by a mysterious young man, Orth jumped on a plane to Florida. She had a hunch that Cunanan, the subject of the story she was writing for Vanity Fair, was the killer because she'd discovered that he'd briefly met Versace in San Francisco some years before.

It was another week before the FBI located Cunanan on a nearby luxury houseboat, dead from a self-inflicted gunshot wound. Once his body was identified, Orth sat up all night updating her Vanity Fair story just hours before the presses rolled. Her brilliant investigation became the basis of the best-selling book Vulgar Favours, which provided the raw material for the Netflix miniseries The Assassination of Gianni Versace.

Starring Édgar Ramírez (pictured) as Versace, Penélope Cruz as Donatella Versace and Ricky Martin as Versace's boyfriend Antonio D'Amico, the series begins with the shooting of the fashion designer, before heading backwards in time into Cunanan's life to reveal a high-IQ but lazy teenager with a stratospheric sense of entitlement, a pathological liar fascinated with violence.

The award-winning show has a gathering creepiness that will stay with you. Happily, my highly affectionate staffie, who has a habit of resting her paw on my arm while I watch telly, was kind enough to offer up two paws during the scariest scenes.

To read more from Good Weekend magazine, visit our page at The Sydney Morning Herald, The Age and Brisbane Times.