Home » TV & Movies » 'Home Town': The 1 Reason Ben and Erin Napier Will Never Be the Next Chip and Joanna Gaines

Ever since the sun set on Fixer Upper, arguably the most popular show HGTV has ever had, fans have been eagerly waiting to discover “the next Chip and Joanna Gaines.” This enviable couple helped make the show as popular as it was and without them, the network has been missing that special spark. Every new show inspired the same question — will these hosts be the new Chip and Jo?

So far, no renovation pros have come close to the fame that the Gaines family enjoyed during their five season run of Fixer Upper. But now HGTV viewers are starting to question if Erin and Ben Napier from Home Town can pick up where Chip and Joanna left off.

Will the Napiers turn Laurel, Mississippi into the new Waco,Texas? 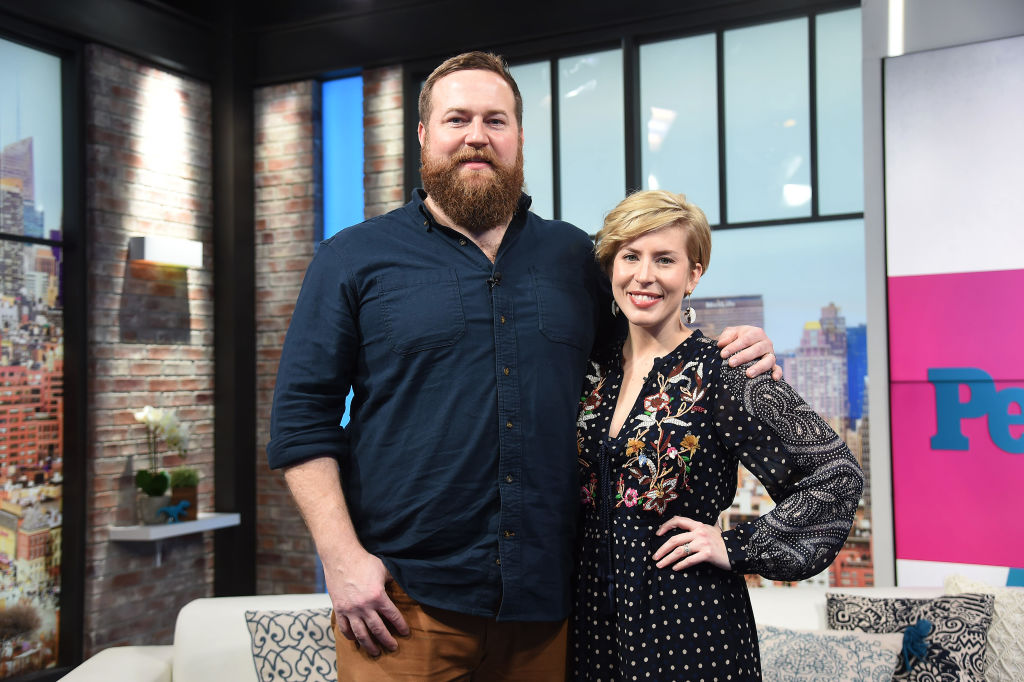 ‘HomeTown’ has a few details in common with ‘Fixer Upper’

TheNapier/Gaines comparisons are inevitable. Like Chip and Joanna, Erin and Benare a married couple with a sweet relationship. They were also discovered viathe internet when an HGTV exec found them on Instagram after their home wasfeatured in Southern Living.

Thecouple admitted they had never considered broadcasting their lives on television.But just like Chipand Joanna love Waco and want to see it portrayed positively, Ben and Erinfelt similarly about Laurel. “Anythingthat can draw some positive attention to our town, we’re game,” Erin toldCountry Living.

And she takes no credit for her success, preferring to insist the town is the show’s main draw. “We know Laurel’s success is thanks to the TV show,” Erin told E! News. “It’s not me and Ben, we don’t take any credit for any of it.”

Home Town is a lot like Fixer Upper in concept,too. The show features home buyers touring houses that need some love to restorethem to their former glory. However, the buyers don’t get any say in how therenovation goes.

The Napiers have full control over design decisions and don’t let the homeowners see the plan until the big reveal. Just like the Gaineses, Erin and Ben strive to retain the original character thanks to Erin’s design skills and Ben’s woodworking prowess that helps celebrate the home’s history.

The Napiers are different from the Gaineses

Tonight (Monday 1/27) at 9|8 ct is one of our most sentimental projects ever. Did you ever read The Little House by Virginia Lee Burton? The first time I read it I was an adult and I cried. The thing about old family homes is they are the closest thing we have to time machines. You can wash a dish and stand in the place your grandmother bathed her babies. You can sit on that porch and hear the same 100 year old pecan trees shush before the rain comes and feel what your people who came before you felt. Tonight. (Also, @scotsman.co has gotten awfully hunky this season. 🥰) photos by @brookedavisphoto #hgtvhometown

Even though both couplesboast renovation shows on HGTV, strong marriages, multiple business ventures, anda love for their small towns, ultimately the Napiers are nothing like the Gaineses.

It all comes down to a questionof preference. “I thinkwe’re like apples and oranges,” Erin toldE! News in 2017 when asked about her style versus Joanna Gaines. “[It]depends on which one do you want.”

On tonight’s new episode of #hgtvhometown at 9|8 ct I’m really working that art school education (@umartdept) and doing a 4’ x 4’ oil painting for our homeowners who love their coastal summers. Fun fact: this was the first episode we filmed of season 3, and the very first scene of day one was house shopping! It’s fascinating to me that they do not air in the order we film them so @scotsman.co and I were still losing our baby fat even though we are nearly at the end of the season! 😄 ALSO y’all stay tuned for @astoriedstyle whose new show #hgtvoneofakind is airing right after us. If you love us, you’ll love her! Let’s welcome her to Monday nights!

While Joanna Gaines is known for incorporating shiplap and more than a few impractical elements into her designs, Erin’s approach is a bit more eclectic.

“I don’t want the style ofthese home to look ‘me.’ I want the style to look like the people that are goingto live in it and the stories of their life,” Erin toldPop Sugar. “My design style is very much about being collected insteadof decorated.”

Because of this, Erinoften gets to know the couples on a deeper level so she can incorporateelements that have meaning to them. “Erinwants to get to know them intimately so she can use those and put together apicture of what these people look like visually and use that to design theirhome,” Ben explained.

Erin and Ben Napier might notbe the next Chip and Joanna Gaines. But maybe they don’t need to be.