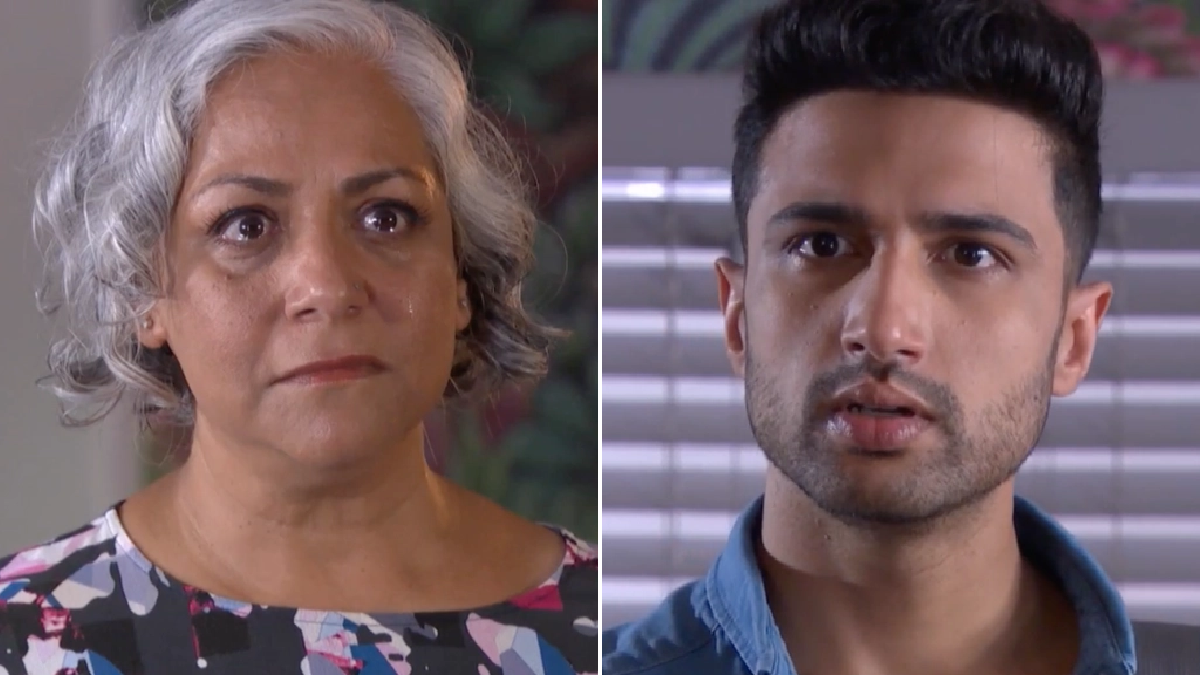 Misbah Maalik (Harvey Virdi) refused to let Shaq Qureshi (Omar Malik) walk out of her life in Hollyoaks tonight (September 6), and therefore she decided it was time he knew the truth!

The Maaliks were torn apart by secrets and lies in Monday’s outing of the Channel 4 soap, following Sami’s (Rishi Nair) showdown with Shaq over his feelings for Verity Hutchinson (Eva O’Hara).

Shaq ultimately put his foot in it while attempting to explain himself, as he revealed that he and Verity had slept together – something which Sami didn’t actually know about!

If that wasn’t enough heartbreak for one day, Sami subsequently discovered that Misbah knew of Shaq’s feelings for Verity – and had kept shtum.

Feeling betrayed, he stormed out.

Verity tracked him down and begged him for another chance, but Sami made it quite clear that they’re over, following her betrayal.

Misbah, meanwhile, set out to make amends, apologising for keeping Shaq’s feelings a secret from Sami.

Sami, however, was confused by her decision to solely blame Verity for the betrayal, as she begged him to consider giving Shaq another chance.

It was clear that the lawyer had thought about what she’d said, but when he witnessed Verity and Shaq hugging, he knew he could never forgive.

In fact, he issued quite the ultimatum, telling Misbah that either Shaq moves out, or he does!

Shaq accepted responsibility for his actions, packing his bags and heading for the exit.

Misbah, however, was unable to watch her son walk out of her life again.

‘Wait!’, she yelled, prompting Shaq to stop in his tracks. ‘I can’t lose you again.

Shaq was left confused, as were Imran (Ijaz Rana) and Yazz (Haeisha Mistry), who watched the scenes unfold from afar.

‘Kashif was not your dad,’ continued Misbah. ‘But I am your mother!’

Shaq was stunned to silence. The truth is out! But how will he react to the shocking revelation? What’s more, how will Sami?