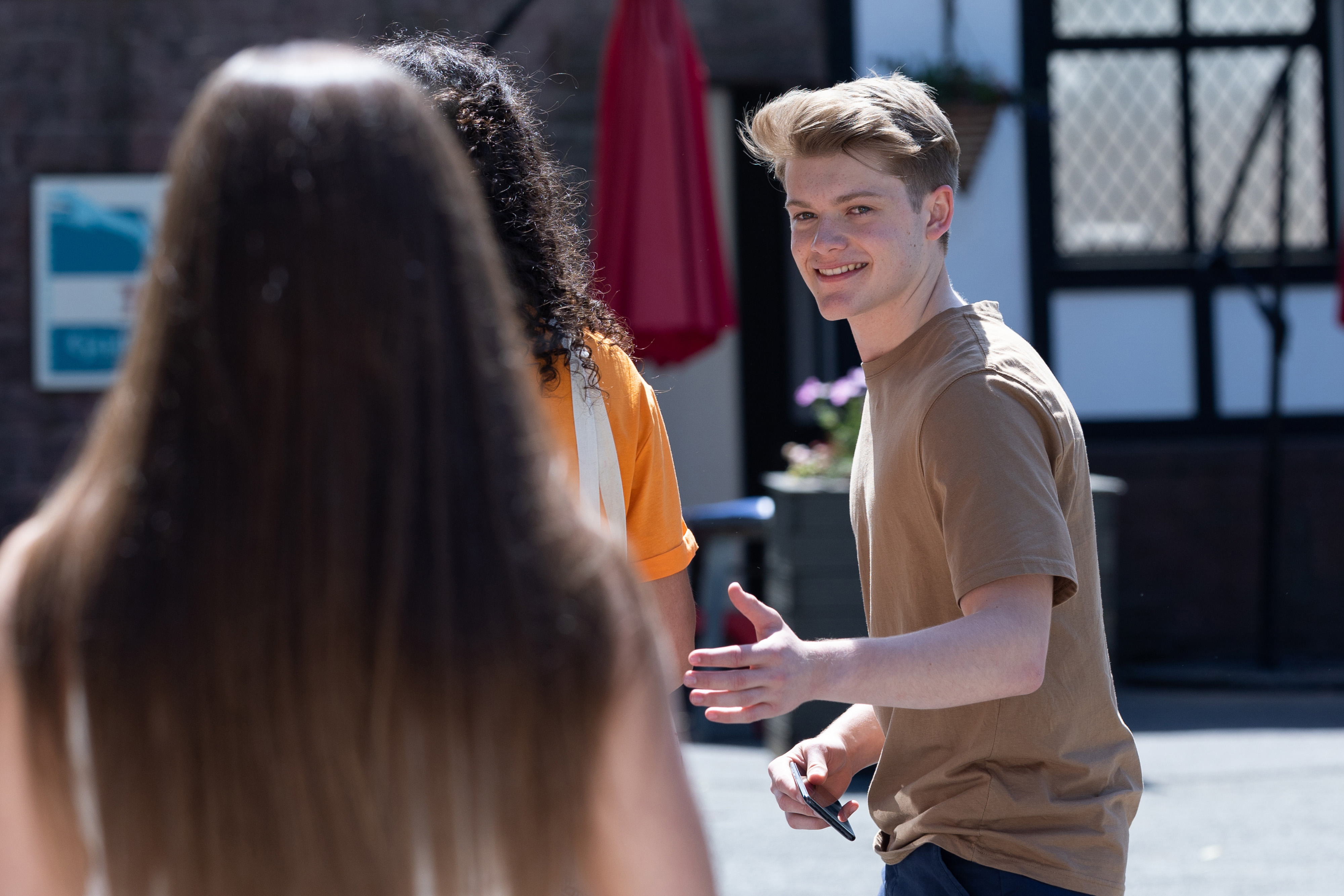 Just when you thought Joseph Holmes (Olly Rhodes) couldn’t sink any lower, he manages to find a way, as he proudly tells girlfriend Vicky (Anya Lawrence) that he cheated on her in Hollyoaks next week.

Joseph, as viewers know, strayed in scenes this week, after turned his attention to Serena Chen-Williams (Emma Lau).

One thing led to another, and the two ended up sleeping together! Joseph was later caught trying to sneak out of Serena’s place by Sid Sumner (Billy Price) and Lizzy (Lily Best).

You’d think Joseph would be keen to keep such information a secret from Vicky, but instead he uses it as a tool in bid to make her jealous.

Having discovered that Vicky has a new online friend, he proudly reveals that he cheated on her. What’s more, he vows to do it again unless Vicky blocks her new pal!

Things, however, are set to take an interesting turn, with Joseph soon set to realise that his actions have consequences, as Scott Drinkwell (Ross Adams) casually shows Zoe Anderson (Garcia Brown) a picture of Vicky’s engagement ring.

Zoe is quick to make the connection, recognising that it’s actually Saul Reeves’ (Chris Charles) engagement ring! Saul, as viewers will recall, was murdered by Joseph last month, and in a bid to cover his tracks, Joseph set DeMarcus Westwood (Tomi Ade) up for the crime.

Is Joseph finally set to pay for what he’s done? Will the truth come out?