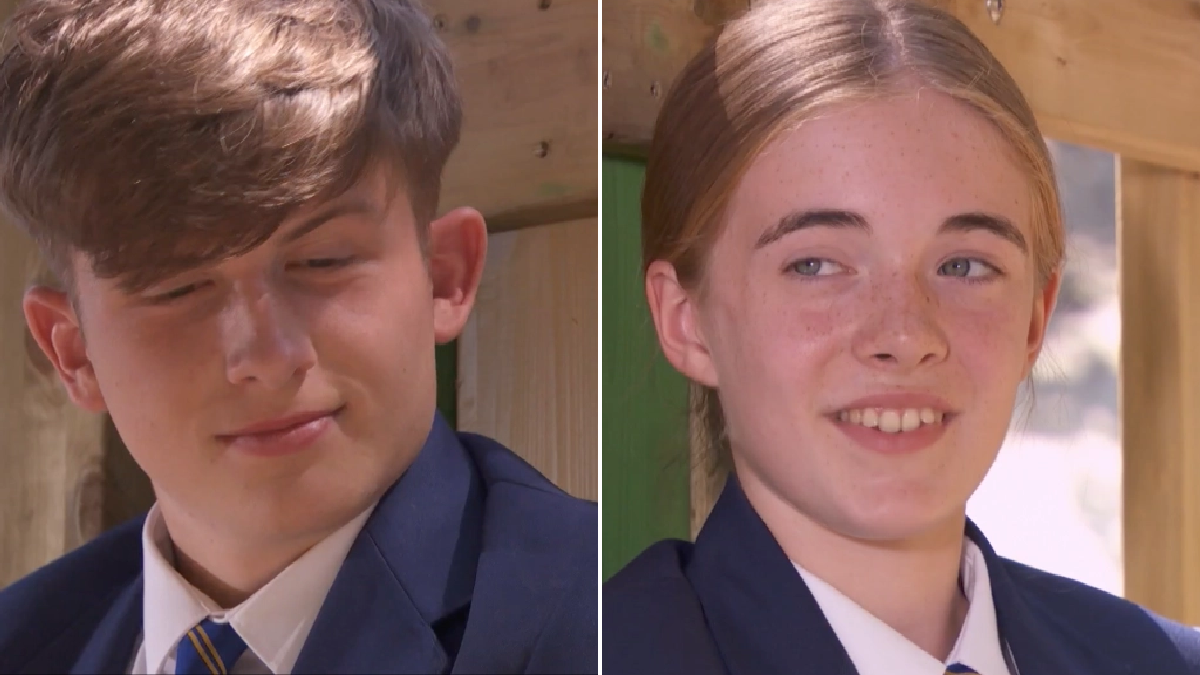 Hollyoaks has confirmed that Charlie Dean (Charlie Behan) and Ella Richardson (Erin Palmer) will develop feelings for one another in upcoming scenes.

The two characters have been incredibly close over the years, having at one stage lived together under Darren Osborne (Ashley Taylor Dawson) and Mandy Richardson’s (Sarah Jayne Dunn) roof.

Charlie was incredibly supportive throughout Ella’s ordeal after she killed Jordan Price (Connor Calland), initially taking the wrap for the crime.

After Ella came clean, she was granted a youth rehabilitation order, and in spite of all that transpired – including Mandy and Darren’s separation – the two kids have remained the best of friends.

Charlie has been doing all he can to help Ella settle back into the village following her release from prison, and even posted about Sienna Blake’s (Anna Passey) relationship with Summer Ranger (Rhiannon Clements) on social media in order to give the other kids at school something else to talk about, as they had been gossiping about Ella.

The two continue to grow close, as seen in the Channel 4 soap’s brand new trailer, leaving Nancy Osborne (Jessica Fox) concerned, after she finds condoms which she claims belong to Charlie.

Another scene in the four-minute preview sees Charlie placing his hand on Ella’s, while Nancy also gives them a talk about sex.

Will Charlie and Ella listen to Nancy’s words?

The two youths are living together at the moment, after Ella disowned her mum and decided to move in with Darren. Mandy has been desperately trying to make things up to her daughter, but has thus far been unsuccessful.