Hoda Kotb is a woman of many talents, and manages to make everything she does look effortless!

The Today star took to Instagram this week to announce some exciting career news regarding her popular podcast, Making Space.

Hoda revealed the first two guests of the third series of the podcast to be Wyonna Judd and motivational guru Mel Robbins.

VIDEO: Hoda Kotb’s family life away from the spotlight – everything you need to know

The journalist shared several photos of herself with her guests recording the episode, alongside a heartfelt message.

It read: “My thanks to the incredibly inspiring @wynonnajudd and the motivational guru hereself @melrobbins for the eye opening and life changing discussions. Check out #makingspace wherever you get your podcasts xo.”

Fans were quick to send their support to Hoda, congratulating her on the new series. “You’re simply the best Hoda,” one wrote, while another commented: “Yes!! Well done Hoda.” A third added: “Awesome podcast, great job!”

Originally launched in 2021, Hoda’s podcast sees the star go through “a journey of self-discovery and exploration of resilience of the human spirit.” For the third season, Hoda will be chatting to guests including Maria Shriver and Rita Moreno.

MORE: Where is Matt Lauer now? All we know about the former Today show star

As well as working on her podcast, Hoda is also keeping busy on Today every weekday morning. The star hosts the show alongside Savannah Guthrie, and is also co-anchor of the Fourth Hour alongside Jenna Bush Hager.

Hoda and Savannah marked their fifth working anniversary this month, and made sure to celebrate it in style. To mark the occasion, the pair took a trip out of the NBC studio to the New York Stock Exchange, where they rang the bell to mark their work anniversary. 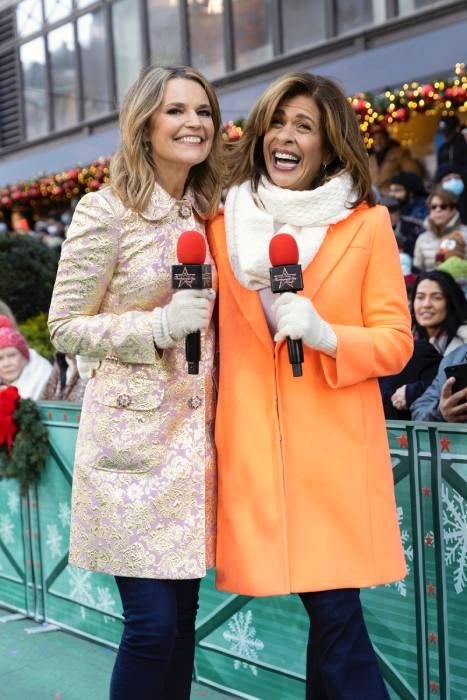 What’s more, Savannah’s daughter Vale came along too, and explained the stock market to her mom and Hoda, leaving everyone impressed in the process.

Savannah has been working alongside Hoda since 2017, after the mother-of-two replaced Matt Lauer after he was fired from the NBC morning news program.

The pair have become incredibly close over the years, and recently opened up about their friendship while chatting to HELLO!.

Savannah said: “We feel grateful every single day, I know we feel grateful for this partnership and getting to come and do a job that is literally fun and to get to do it with a good friend who you trust so much and to just hold hands and get to do this together every morning – I never get over that. I still can’t believe it came true.”