Whoopi Goldberg locked horns with co-host Elisabeth Hasselbeck on Wednesday’s instalment of The View after the actress insinuated God supports abortion rights. Elisabeth immediately disagreed with the 66-year-old host and told viewers the importance of creating a birth plan rather than choosing an abortion.

Whoopi began: “God made us smart enough to know when it wasn’t going to work for us.

“That’s the beauty of giving us freedom of choice.”

However, 45-year-old Elisabeth vehemently disagreed with the statement, telling Whoopi: “No!”

Whoopi continued to air her opinions, telling viewers her relationship with God “is always choppy”. 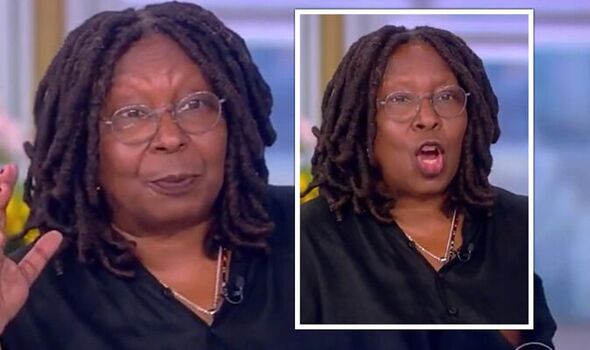 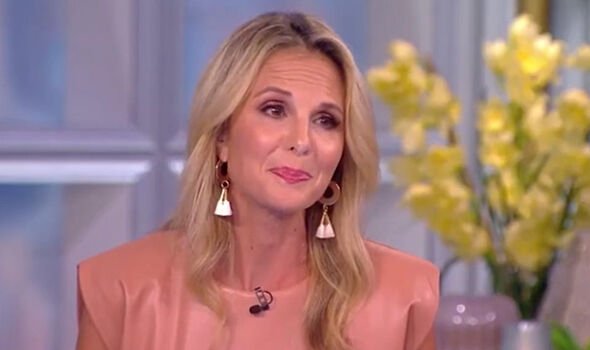 Elisabeth appeared to hold back a laugh following Whoopi’s comments before telling the actress she was God’s “favourite”.

Elisabeth, who rose to fame on American Survivor, fumed: “I also know that God made me smart enough to know that if there are alternatives out there that can work for me, I will investigate them.

“But I also know God said to do unto others as you would have them do unto you [and] I will not make that decision for anybody.”

The former reality television star also told viewers she thought the best option is to “look for the non-profits” which can “help you create a birth plan and match you with an adoptive family” rather than choosing an abortion. 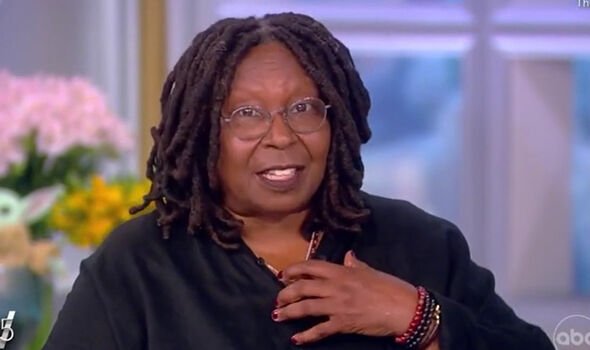 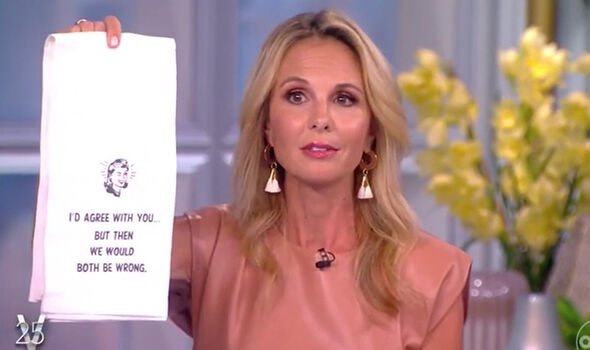 “That option is real,” she stated. “I think that lives have a precious value on them.”

Whoopi did agree by saying “God doesn’t make mistakes”, but she also thought choice is important.

She continued: “I say this with love in my heart. ‘I don’t ever think that I can make any decision for you and your family that you are not smart enough to make for yourself.”

However, Whoopi made a dig about the subject before the talk show cut to an advertising break.

The Ghost star added: “Just before we go, no one at this table is not pro-life. I just want to make sure we all know that.”

“Nobody is happy about going to get an abortion. That’s not pro-life, it’s not fun.”

Elisabeth added: “It’s a hard, hard decision but that life has a plan and a purpose, and there are absolutely agencies out there that will help you keep that baby alive.”

But Whoopi told viewers “everyone has the right to their options”.

Sara Haines, another host, highlighted how a woman “wasn’t murdering a baby” if she chose to have an abortion.

The topic was debated in wake of the controversial US Supreme Court ruling the Constitution of the United States conferred the right to have an abortion.

It came after Kansas citizens voted to protect abortion rights in the state.

The View airs on weekdays at 11AM ET on ABC.