FORMER Corrie star Hayley Tamaddon has hit back after a cruel troll slammed her for showing off her miracle baby bump.

The excited actress, 42, proudly displayed her growing figure in two sweet photos on social media but was told to “put it away” by a disgruntled follower. 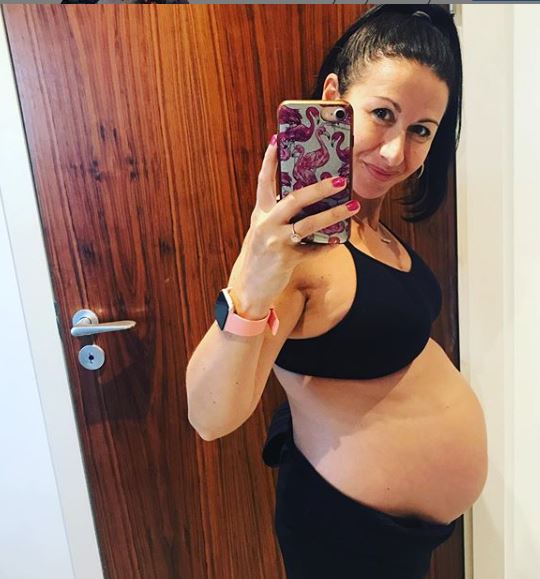 Yesterday, a delighted Hayley shared two adorable snaps with her fans of how her pregnancy was progressing.

Captioning the beaming images, she wrote: “Almost 24 weeks and Feelin the stretch now!!

“Each little kick and punch is getting stronger. Feels incredibly and weirdly wonderful!”

Despite practically everyone else rushing to congratulate, one troll felt the need to leave a snide remark. 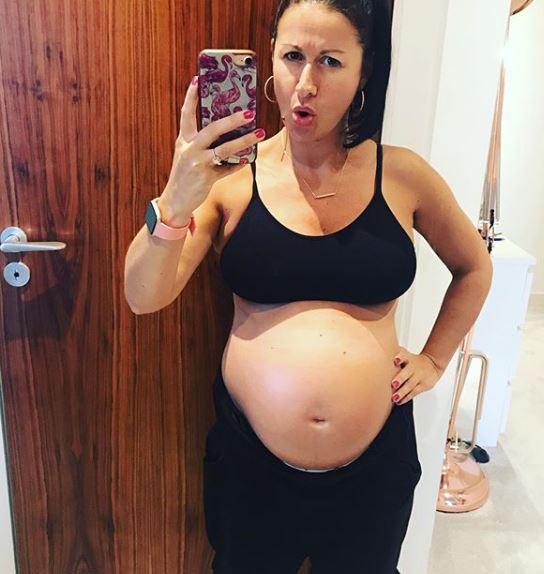 But sassy Hayley retweeted her, adding: "No thanks Linda… I’m quite happy keeping it out thanks. Feel the best I’ve ever felt and quite proud to show it off the baby bump I never thought I’d ever have. All the best to you!"

One fan suggested that she blocked the rude stranger, but Hayley had a better idea.

She replied: "I should shouldn’t I.. but I’m so intrigued as to how else she can embarrass herself! Was thinking about sending her a pic a day! Or better still.. a collage of bump pictures!"

However, despite the influx of comments from Hayley's fans telling her to ignore Linda, she wasn't done yet.

She spoke up AGAIN when one fan accused her of only speaking like that as she was hidden behind a screen. 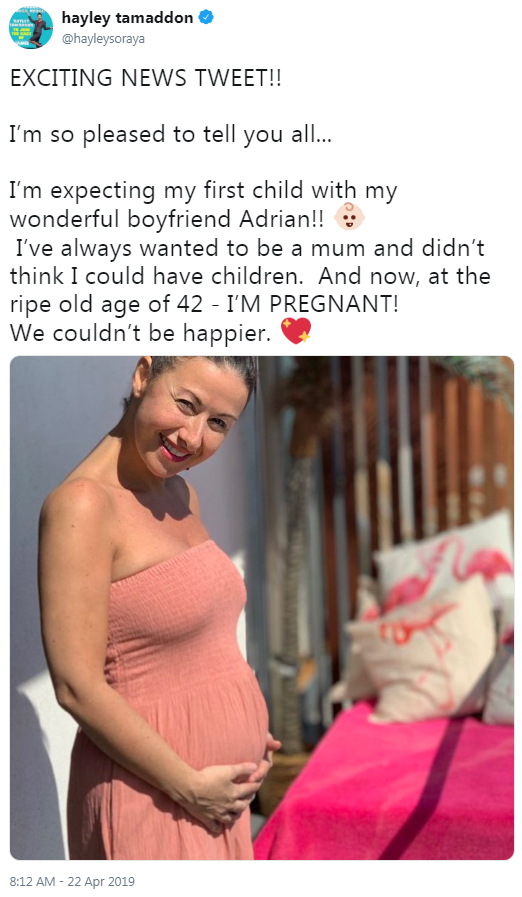 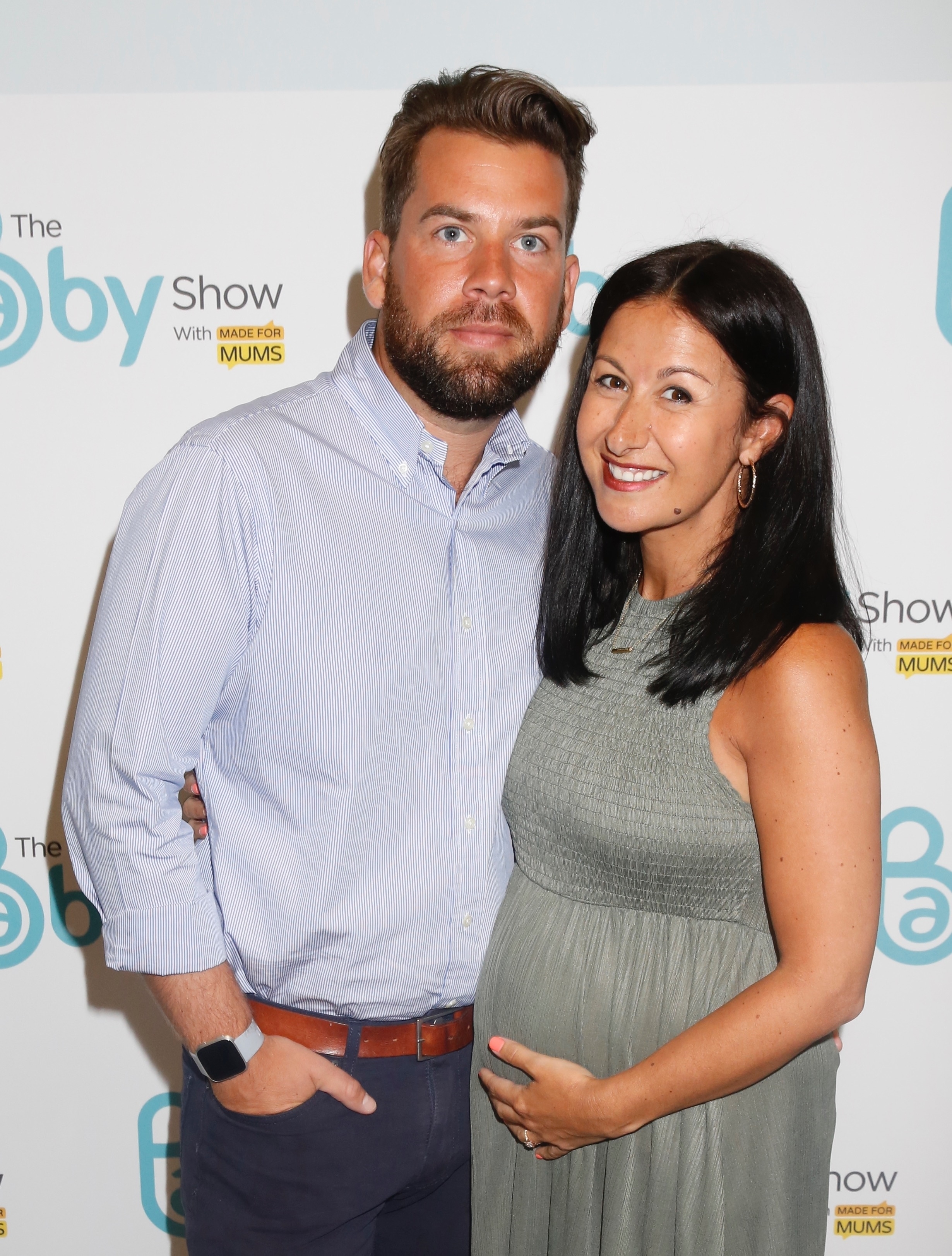 Linda said: "No, if I saw a pregnant woman in person like that I would also tell her to put it away."

Hayley revealed back in April she was expecting her first child after spending years thinking that she was unable to get pregnant.

The former Emmerdale actress confessed she has "never been happier" as she and her fiance, estate agent Adrian, prepare to welcome their little boy in October.

Hayley shared: "I must have taken 18 tests – 10 after my first one and then one each day throughout the week.

"I spent a fortune, we couldn't believe it."

She added to Closer magazine: "For so long I thought I couldn't have children, it's just never happened.

"Now it has everything feels natural and so right."

A little visible kick this morning.. wanted to share it with you! I’m getting so many of these now and it’s the most incredible feeling! This week I’ve actually found quite a few things a little bit overwhelming.. but this… I could just sit and watch this for hours. ?

Hayley accidentally revealed in May she's having a baby boy on Lorraine was talking about her future wedding to Adrian when she made the slip.

She said: "I think the mummy first and then the bride can wait just a little bit.