Chris Columbus stepped into the weighty role of Harry Potter director twenty years ago. And now, the famed franchise director reveals why he stepped away after two films. Here’s what the Harry Potter movie director said about the movies’ impact on his personal life. 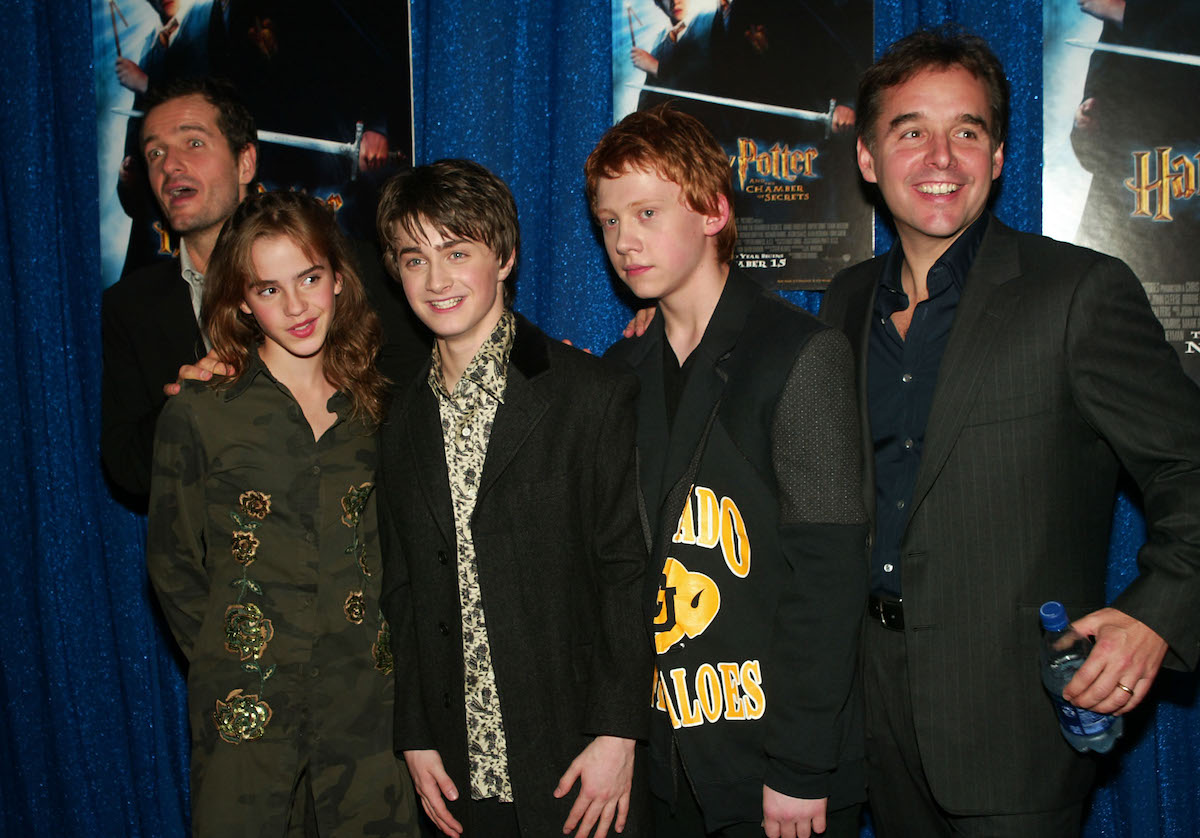 Director Chris Columbus of Home Alone and Mrs. Doubtfire fame was responsible for directing the first Harry Potter movie. And it was an overwhelming proposition at the time. J.K. Rowling’s Harry Potter books were already a worldwide phenomenon.

In a November 2021 interview with Variety, Columbus said he didn’t think he’d last through the first film. The director has been giving interviews to mark the twentieth anniversary of Harry Potter and the Sorcerer’s Stone.

“I had every expectation that I would probably be fired within the first two weeks,” Columbus says. “I was very, I don’t want to say anxious, but aware of the fact that if I screw this up, I probably will never work again. And I would have millions of fans at my door just infuriated. I knew I was taking on something fairly gigantic, and I’ve never been involved in a project that had so much scrutiny.”

However, Columbus survived the first two weeks and beyond. He cast the movie with largely unknown young actors and subsequently proceeded to make a classic.

The director hasn’t been shy about how intense the shooting schedule for the movies was. He said he initially expected to head up the entire series of movies.

“I thought I was going to stay for all seven, initially,” he told Jake Hamilton on the YouTube series Jake’s Takes. “Basically, after 320 days of shooting, I could barely form a sentence.” Alfonso Cuarón took the third film.

Columbus likewise emphasized that the shooting schedule was incredibly demanding in a separate interview with The Hollywood Reporter. And he said he had to make a difficult choice after finishing Harry Potter and the Chamber of Secrets.

“Sorcerer’s Stone took 160 days of shooting, which is ridiculously long,” Columbus told the magazine. “And then, immediately after we stopped shooting, we started shooting Chamber of Secrets, which was another 160 days. That’s roughly 320 days back-to-back shooting.”

However, it wasn’t simply the demanding schedule. It took him away from things he felt were important.

“I wasn’t seeing my kids, who were young at the time, growing up,” Columbus continued. The director went on to detail the things he felt he needed to be a part of. “I was missing dinners with them. I thought, ‘I can’t do another six, seven, eight years of this. My kids will grow up and I’ll never get to know them.”

While he opted to step away from the franchise after Chamber of Secrets for his kids, Chris Columbus says he remains proud of the kids he left behind. He told THR that he compares his relationship with them as that of a “proud father.”

“I’ve been incredibly impressed at how good they all still are,” he said, referring to Rupert Grint, Emma Watson, and Daniel Radcliffe’s successful careers as adult actors.

As for Columbus, he continues to work in the industry in various capacities, including writer, director, and producer.