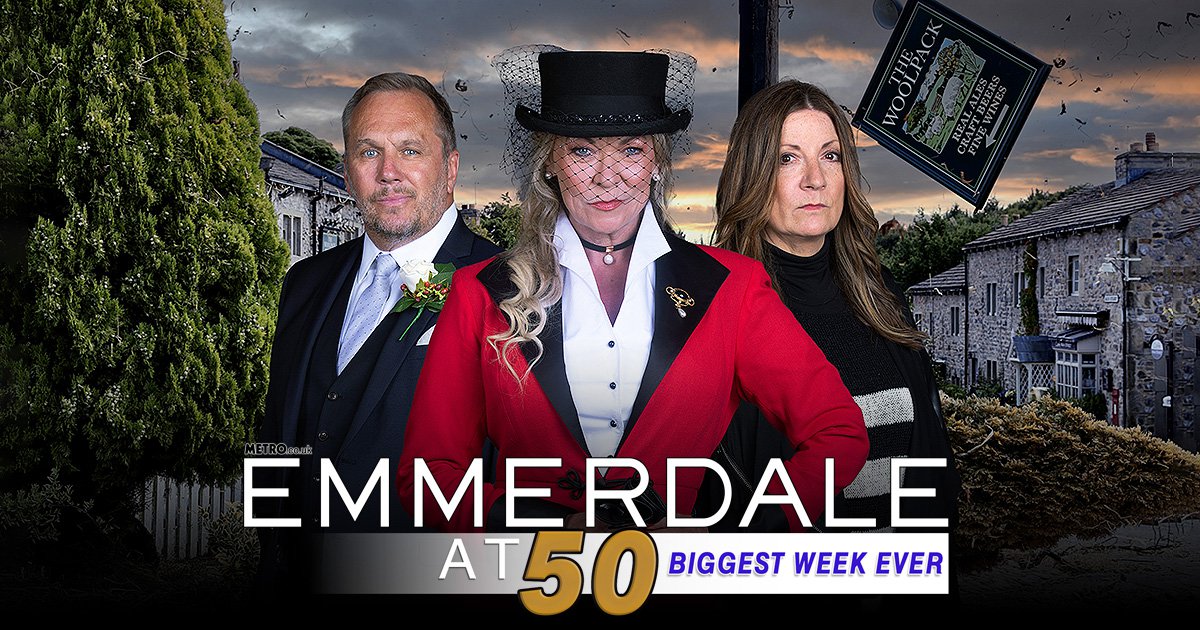 Katherine Dow Blyton said that her Emmerdale character Harriet Finch was ‘Playing with fire’ by declaring love to Will Taylor (Dean Andrews) on the eve of his wedding to Kim Tate (Claire King).

‘Harriet and Kim Tate are both quite feisty women and able to look after themselves. There’ll be fireworks,’ she promised.

As we approach Emmerdale’s 50th anniversary week, it looks like there certainly will be fireworks between the two women as they go head-to-head in their rivalry for Will. It could get nasty – but could it lead to murder?

Despite Will’s assurances, Kim is still not convinced that her rival has got the message to stay away from Will so she decides to pay her a visit – on the morning of the wedding.

Harriet is surprised to see Kim on her doorstep, and it’s not long before a heated argument develops between the two women.

In a state of high emotion of Will’s rejection of her, and pushed to the brink by Kim’s behaviour Harriet snaps and grabs Kim by the throat.

Could Emmerdale’s resident police officer and former vicar really be capable of strangling Kim Tate to death on her own doorstep?