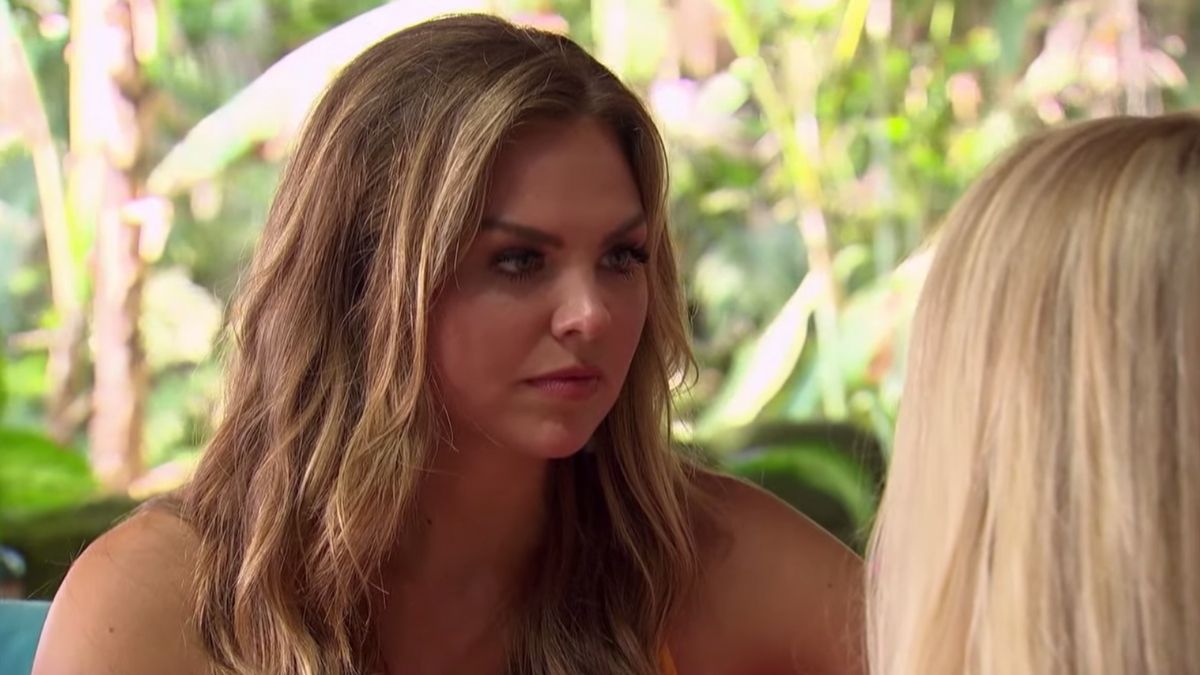 The Bachelorette star Hannah Brown knows what it is like to film a big television show like The Bachelor.

She was the lead last year when she filmed the show for a couple of months. She got engaged to Jed Wyatt, but the romance didn’t last long.

She has revealed she made a mistake in picking Jed over Tyler Cameron, sharing that she should have picked Tyler as he wasn’t keeping a romantic relationship secret at home.

Since she has so much experience filming the show, she wanted to prepare her friend Matt James for his role as The Bachelor.

Before he left to film in Pennsylvania, Hannah decided to help him out by sending him something special.

Hannah opened up about her experience with the show, sharing that she wanted to prepare Matt for the rollercoaster of an experience he was about to go on.

“I actually sent him a journal,” Hannah told Kaitlyn Bristowe on her Off The Vine podcast, adding, “I’ve never known somebody on the show beforehand like this and actually cared for his heart and want him to just be happy after this. There’s a reason that we’re both in each other’s lives.”

Hannah met Matt through Tyler Cameron, as Matt and Tyler are best friends. Hannah admitted on the podcast that she didn’t have the fondest of feelings for Matt, but they are now best friends and any girl that Matt falls in love with, she will have to live with their friendship.

“I wrote in the journal, ‘Just make sure she likes me and she’s OK with me being your BFF,’” Hannah joked on the podcast.

Fans were hoping that Hannah and Tyler would make things work since they are still hanging out at times. But Tyler and Hannah have revealed that they struggled to even be friends after their time on The Bachelorette.

Hannah Brown jokes that she stole Tyler’s friend from him

But how does Tyler feel about Hannah stealing Matt away as her best friend? Apparently, she just told him that she was stealing Matt.

“It’s been such a good relationship to know that the boundaries are there and the respect is there and it’s all good,” Hannah pointed out.

“It’s awesome. I told Tyler, ‘I one thousand percent stole your best friend. I mean, we can share, but I’m not kidding that we share.’”

Tyler hasn’t said anything publicly about this friendship, but he doesn’t seem like a dramatic type.

Even though Hannah may call herself Matt’s close friend, it’s Tyler who is at the Nemacolin Resort to support him.

Hannah has yet to confirm if she’ll be going to Nemacolin to support him and offer advice.

And he may need some advice with the women.

We know that Matt’s ex-girlfriend pursued him on The Bachelor, but she never made it onto the show. She was cut prior to filming, possibly due to Matt’s own request.