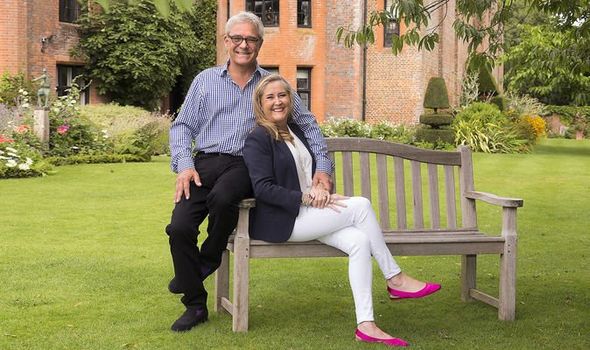 Despite this, they’re happy to help novice hoteliers trying to turn their own Fawlty Towers into a success. Steph, 52, admits: “I wouldn’t open another hotel, not on your nelly!” and roars with laughter as she chats prior to the couple’s new Channel 4 series, The Great Hotel Escape.

“What’s happened to us has been incredible…two gobby Southerners who like a tipple now talking about going to other people’s hotels and giving them advice.

“It really has been amazing and doing this series has confirmed to us that we made the right decision to stop. I wouldn’t go back in a million years!”

As they chat about their adventures running the Salutation Hotel, in Sandwich, Kent, which they sold three years ago in December 2016, you can see why Channel 4 swooped.

If even a fraction of their, frankly, jaw-dropping anecdotes about the perils of running a hotel are anything to go by, they’ve experienced it all.

“We spent far too much on renovation and decorations,” admits Dom, 53, before confessing: “We made all the mistakes known to mankind. 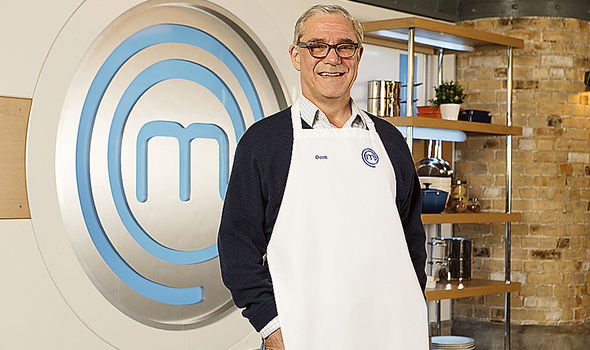 “I find it incredible that this is one of the only industries in the UK – hospitality, pubs and hotels – that people are prepared to go into without any training whatsoever. “You work long days and the staff can be a nightmare. It’s 24 hours a day.

“And then, just when you think you have got it all up and running, your chef gets arrested for burglary!

“Half-way through supper, you ask, ‘Where has the chef gone?’ and someone says, ‘Oh the police have just carted him away’. That happened to us. Yes, half-way through dinner service, the chef gets arrested.

“Things like that happen, the weirdest things – it’s just incredible.” 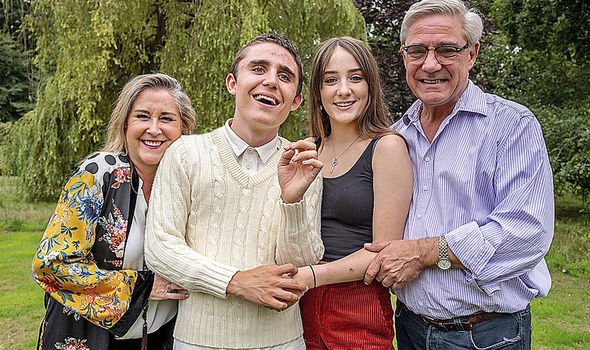 Laughing, as he tells the story of his own plight, Dom cheerfully also admits that thanks to their Gogglebox appearances, in which they were regularly seen downing a bottle of wine or two as they critiqued Britain’s top TV shows, fans started booking to stay at the hotel so they could get sozzled with them.

Dom says: “During the last three years everyone who came to stay wanted to have a drink with us. But we never actually drank that much!” So, do they still drink? “I don’t think anyone can run their lives with hot and cold running red wine,” replies Steph, smiling.

“We are not fuelled by Chablis!”

They both roar with laughter again, and it’s clearly this kind of jovial banter that has helped the couple reinvent themselves as likeable TV presenters.

In their latest venture, they assist people who have given up everything to turn their dreams of running a hotel into a reality.

Dom says: “We have met some very brave people and some unbelievably courageous and stiff-upper-lip, carry-on-regardless type of people.

“One prime example is a lovely lady called Jane.

“When she arrived on day one, she got a real look at the place and by day two, she very nearly jacked it in because of the mess the whole hotel was in and the lies she had been led to believe.

“Listening to her story, I could have possibly walked away too.

“But she didn’t. She put her big girl pants on, pulled up her britches and she has been amazing.”

Steph adds that running a hotel seems to be a pipedream for people who have no idea just how much hard work is involved.

“It’s Sunday evening, you are in the pub and you don’t want to go back to work in an office tomorrow,” she says.

“What we try to do is show the reality of doing just that. We show it warts and all.”

As they laugh at each other’s jokes and finish each other’s sentences it’s clear that as a couple who have been married for 21 years, they still love working together.

So what is their secret? Working stuff and living together isn’t everyone’s idea of fun.

Steph says: “It’s not really work. I am not sitting there with a mountain of paper and having to log things into the computer.

“For us, [TV] is a bit like playing and we are doing it together. “We have always said we will carry on doing stuff like this as long as we are having fun doing it and it is not becoming a job or chore.

“We enjoy each other’s company. People can see it is real and they can see we are having a really good time just with each other.”

Dom agrees: “We exist together, we do everything together and we love it.”

Both say they were overwhelmed by the huge public support for a documentary they made earlier this year looking at whether cannabis can save epilepsy sufferers.

Their son Max, 18, has severe epilepsy and he can suffer 120 like this as we seizures a day.

They also have a daughter Honor, 15.

Being on TV hasn’t affected the couple at all.

And being spotted in the street certainly does not bother them.

“We do get stopped but it has always been with such good humour,” says Steph.

“And the minute people see us, they burst out laughing and just shout ‘Gogglebox’ across the train station and they say, ‘We love you, you make us laugh’. You can’t help but be flattered. It sounds cheesy but it’s true.”

So what is next?

Dom has recently been named as one of this year’s Celebrity MasterChef contestants, alongside EastEnders actor, Adam Woodyatt.

He can’t reveal too much about what lies in store for him but he readily admits he loved the experience of cooking for John Torode and Gregg Wallace.

He says: “I am a good cook. It is full-on and I thoroughly enjoyed it.

“John and Gregg are very kind in the studio whilst it all going on.” Steph admits she is, however, glad it is over.

“We have been his guinea pigs for some time and I am delighted it has stopped filming,” she chuckles.

“It’s a great experience and I would highly recommend it,” adds Dom.

But ask him if he would like to foxtrot his way on to BBC One’s Strictly Come Dancing and it’s a different reaction: “Oh gosh, I don’t know I would do that. It’s quite a lot of exercise.”

As for whether either would contemplate going into the jungle on ITV’s I’m A Celebrity…Get Me Out Of Here! it is a resounding No.

“Not a chance,” declares Steph, before she cheekily quips: “I would happily do [ITV2’s] Love Island though!” Roaring with laughter – yet again – Steph and Dom admit, however, they would love to do more travelling.

“Before I get too old and rickety!” says Steph.

• The Great Hotel Escape is on Channel 4 daily at 4pm.