Tom was joined by his wife and fellow Gogglebox star Julie as well as their son Tom Jnr to watch the greatest TV moments from the week on the hit Channel 4 show. As the Malone family watched the news highlights about the political parties launching their campaigns for the General Election, the stars of the show made their opinions clear on topical matters. In particular, the father of the clan was left raging over a point Liberal Democrat leader Jo Swinson made.

Earlier this week, the party leader made her bid for Prime Minister and told the crowds how she never thought she would be in the position she was currently standing.

Watching the speech, Tom said: “Well, that fills us with f*****g confidence.

“If you don’t think you’re good enough for the job, why should we?” he continued before more footage played out.

After stating she could do a better job than Boris Johnson, 55, or Jeremy Corbyn, 70, the Malone matriarch raged anyone could’ve made the same point. 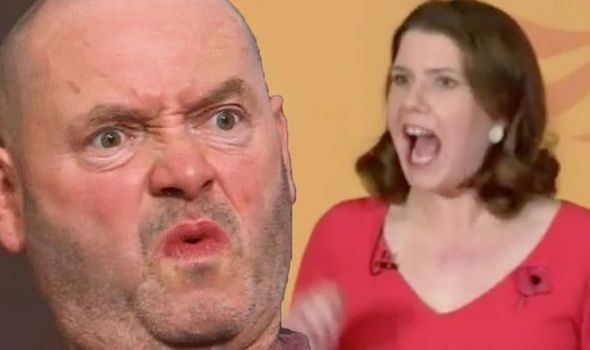 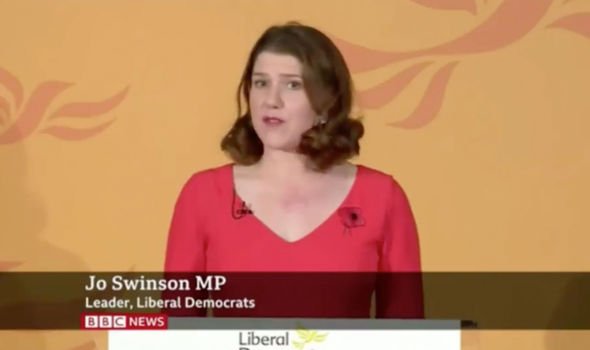 “You can’t just stand there right- she’s gone there and gone ‘Vote me Prime Minister. I could do a better job than them’,” he began.

“Anyone could say that. I don’t think you are love,” he added, with Julie saying: “People at home are saying, ‘So can I’.

As his rant continued, the Gogglebox star made his own plea for the position at Number 10 Downing Street.

“I can do a better job than Jo. Vote me Prime Minister.” 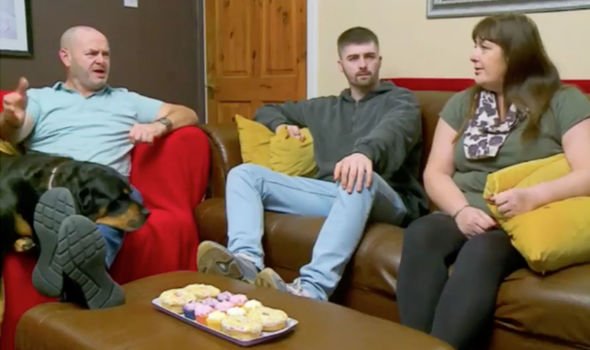 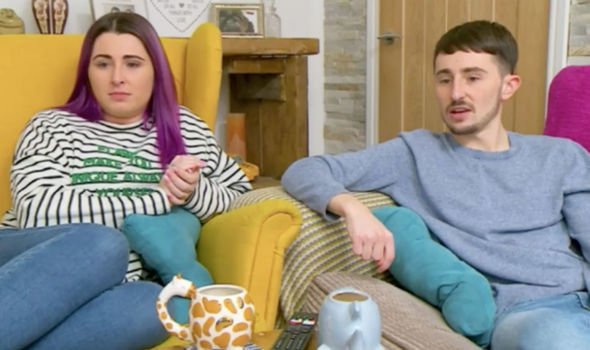 The former said after hearing the politician claim his party would get Brexit done: “The thing is, where is Jezza getting off on the fact it’s taken us three and a bit years to get here.

“We’ve had multiple extensions and he’s somehow going to waltz in and get it done in six months?”

Taking to Twitter, viewers added their own opinions on watching the sofa surfers give their take on the political agenda.

One wrote on the micro-blogging site: “#gogglebox people all hating all the politicians from all the parties is capturing the #GE2019 mood better than anything else.”

Another posted: “The dad from @TheMalonesGB as prime minister That would be brilliant xxxx #Gogglebox #TheMalones.”

Whilst a third added to Giles’ claim about being a “floating voter,”: “Giles is on form tonight, floating voter #gogglebox.”

However, not everyone everyone was enlightened by the General Election making the greatest TV highlights of the week.

“Sometimes wish they’d leave politics out of this. #Gogglebox,” a fourth shared.

Towards the end of the programme the stars of the hit Channel 4 show were also shown footage of Brexit Party leader Nigel Farage, 55, launching their campaign.

After hearing what their message was, Lee Riley wasn’t too impressed the politician was trying to gain votes by stating the Brexit Party would “drop” the deal currently on the table.

“Is that it? Is that his slogan? Drop the deal?” the bemused sofa surfer remarked, before the star of the show were then informed the former UKIP leader announced he wouldn’t be bidding for the Prime Ministerial position.