Matthew Morrison has defended himself on Instagram following the controversy surrounding his exit from So You Think You Can Dance, for sending “flirty” messages to a female contestant.

In a video shared on the social media platform, he said: “It’s really unfortunate that I have to sit here and defend myself and my family against blatantly untrue statements made anonymously, but I have nothing to hide.

“So, in the interest of transparency, I will read to you the one message I wrote to a dancer on the show, ‘Hey, it’s Matthew. If you don’t mind, would love to get your number and talk you through some things.’ The end. I sent this because this dancer and I both share a mutual respect for a choreographer that I’ve known for over 20 years, and I was trying to help her get a job as a choreographer on the show.

“It’s devastating that we live in this world where gossip rules and people’s lives are being thrown around as clickbait. I think this is much bigger than me and this story. Gossip is toxic and it is destroying our society, and we need to do better.” 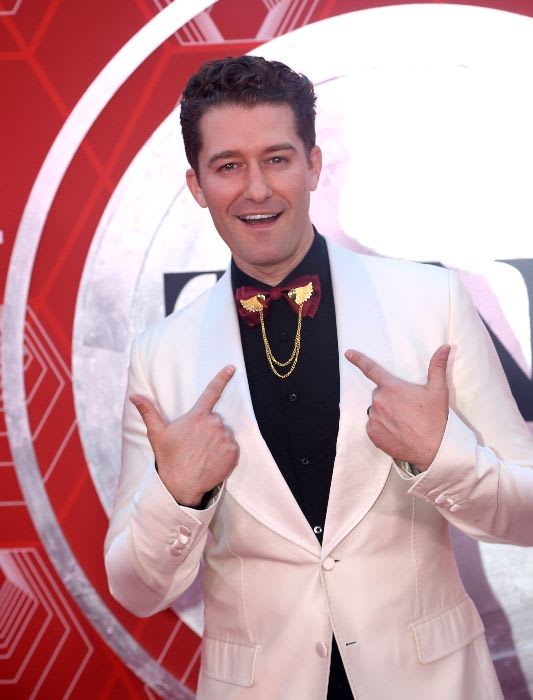 Matthew shared a video speaking about the accusations

The Glee star previously released a statement which read: “Having the opportunity to be a judge on So You Think You Can Dance was an incredible honour for me. Therefore, it is my deepest regret to inform you that I will be leaving the show. After filming the audition rounds for the show and completing the selection of the 12 finalists, I did not follow competition production protocols, preventing me from being able to judge the competition fairly.”

According to People, a source claimed the 43-year-old “reached out to her through flirty direct messages on social media,” but “they didn’t have sex” and “never met up off-set”. Producers of the hit dance competition were approached by the unnamed female and Matthew was fired from his judging role after the Fox network “did their own investigation”.