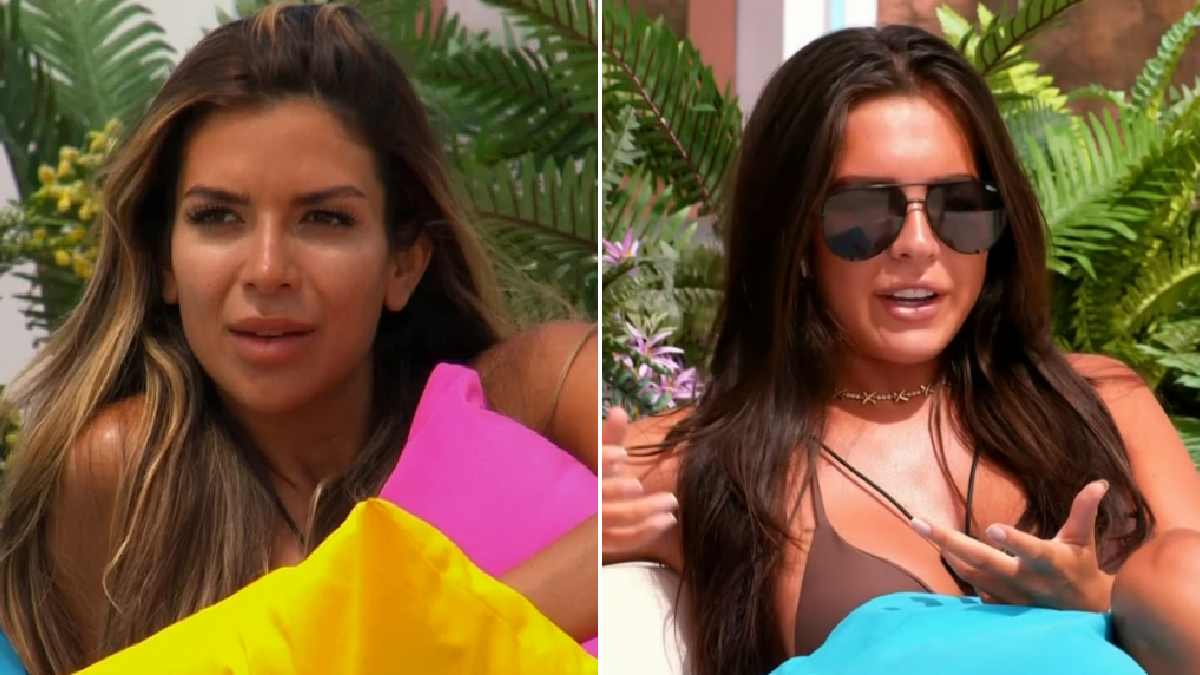 The drama between Ekin-Su Cülcüloğlu and Gemma Owen had Love Island fans divided on Monday night as they took opposite sides – although almost all admired former soap actress Ekin-Su’s flair for drama.

The duo came to blows after Dami Hope had fun as a ‘mind reader’ with Gemma and told her that he felt there was ‘a small chance’ that maybe her head could maybe turn if someone entered the villa who was ‘100% you’ – and more her type than Luca Bish, who she’s been coupled up with since week one.

Gemma agreed with him, musing: ‘That was quite impressive. I don’t think you’re that far off.’

After microbiologist Dami told the Islanders who witnessed his party trick to keep the conversation to themselves – that is, not repeat it to anyone else – you can guess what happened next.

Off tripped chaos queen Ekin-Su to discuss what Dami had just told her not to with Paige Thorne and Jacques O’Neill, with the conversation whipping its way around the Islanders in next to no time and eventually making its way to fishmonger Luca.

International dressage rider Gemma than confronted Ekin-Su about what she had said, saying that she should ‘concentrate on her own dramas’ and that unless her relationship was ‘perfect’ she wasn’t here for her feedback.

‘Nah but did Ekin really lie though?’ argued another. ‘Gemma agreed her head could be turned, the rest is irrelevant.’

‘She is telling the truth that’s what Dami said and Gemma agreed I don’t see the problem… [sic]’ said one fan. With Luca’s faith in his relationship with Gemma shaken, despite her reassuring him that her feelings are still ‘exactly the same’ – although she didn’t seem keen on being his official girlfriend – is there trouble ahead for Lemma?

Kiss goodbye to your social life – Love Island is back to dominate your evenings, with the new series promising more drama than ever before.

For all the latest updates, visit Metro.co.uk‘s Love Island page.