GEMMA Collins slipped into a glittering green sequin suit to show off her trim figure.

The GC, 39, has slipped into her festive glad rags before showing off her recent three stone weight loss. 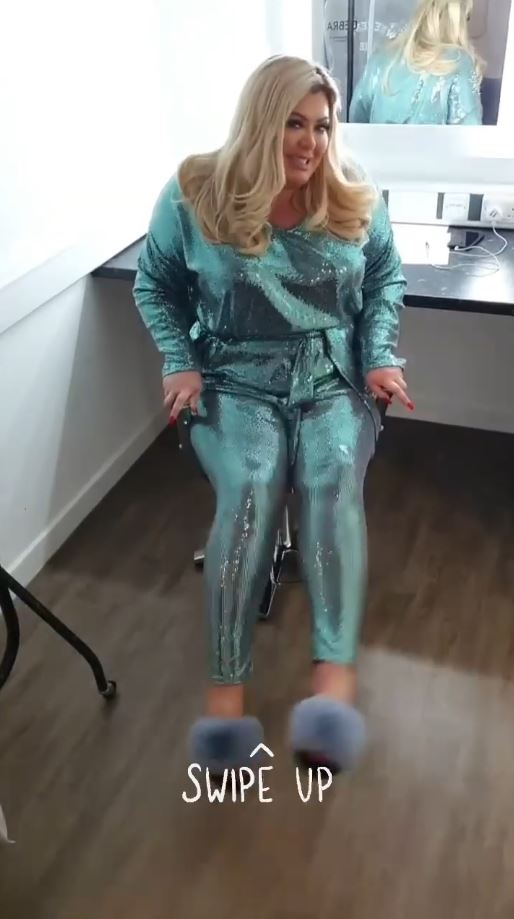 Gemma's outfit, which is from her own collection, is covered in sequins and features a flattering tie belt at the waist.

However, although she has slimmed down, the self-confessed diva has admitted to gorging on cheese and wine as well. 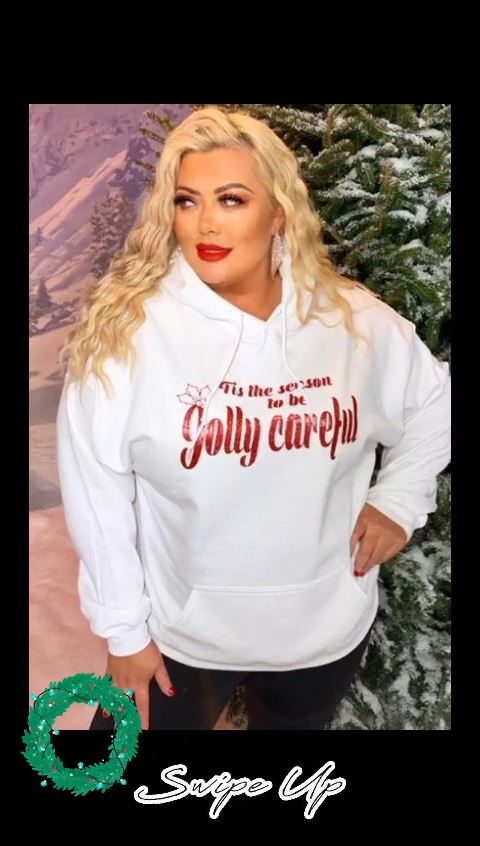 Gemma said, when not at work, she's been stuck indoors indulging in her favourite foods for weeks – but has refused to give herself a hard time over it.

The star moved into London's Corinthia hotel while waiting for her new home to be ready and told The Sun she had been ordering platters of posh cheese and expensive booze to her room. 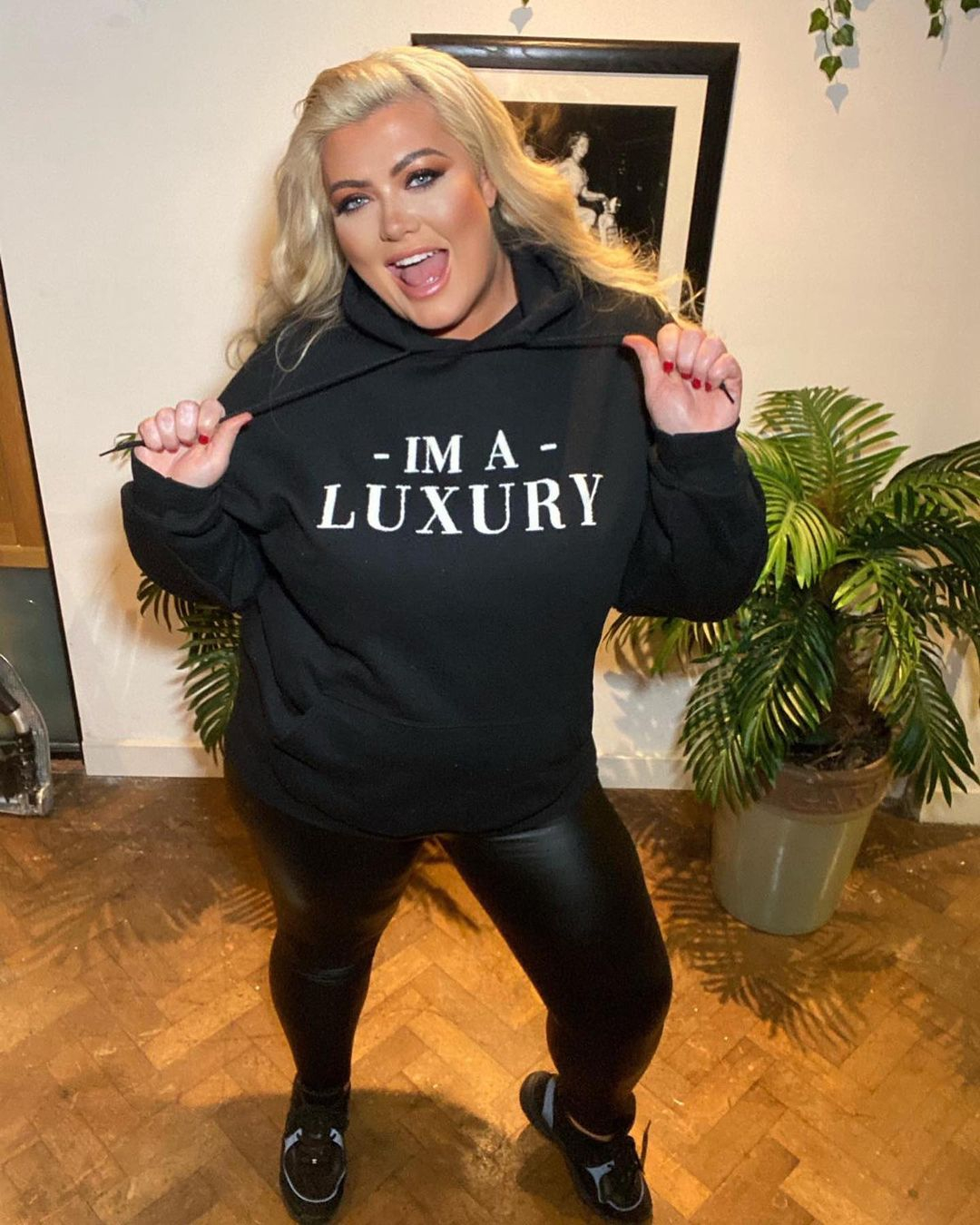 Asked if she'd been able to diet during her stay there, she said in our exclusive chat: "Well they have all my requirements of what I like, but I have to say I have been hammering the cheese and red wine in the evening." 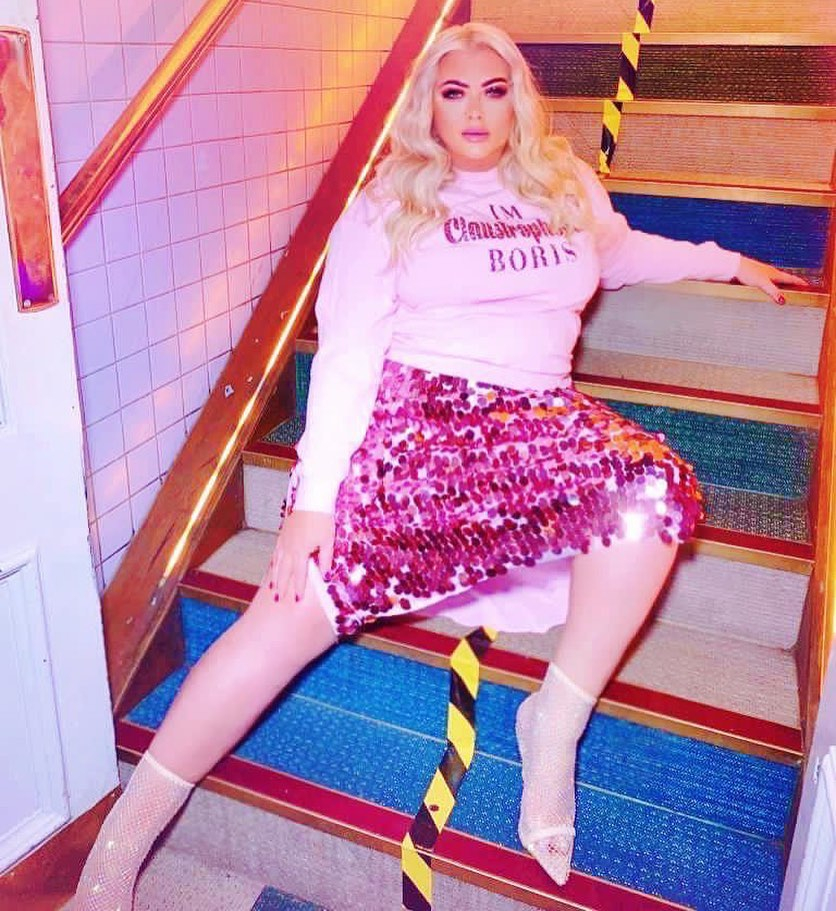 When lockdown restrictions loosened earlier this year Gemma went back to using Skinny Jabs to curb her appetite as she indulged in luxury restaurants.

This time, Gemma has been riding her bike around London to make up for the extra calories consumed of a nighttime.

She added: "I get on the bike the next day and it keeps me at bay…you don't feel so guilty about it."