Game of Thrones fans were left devastated after Jaime Lannister (played by Nikolaj Coster-Waldau) brutally abandoned Brienne of Tarth (Gwendoline Christie) after sleeping with her in season eight. The shocking moment left many wondering just what was going through his head when he abandoned her to be by Cersei Lannister’s (Lena Headey) side. Now the newly released scripts have given some insight into what was going on behind what viewers saw.

What did Jaime really think about Brienne sex scene?

In season eight, episode four, Brienne and Jaime admitted their growing feelings for each other.

This led the pair to have sex for the first time in a moment many fans heralded as redemption for Jaime’s character.

However, this was not to last as Jaime left Brienne to return to be with his sister Cersei in her final battle.

Some viewers were left confused by the sudden change of heart which led to this choice when the series aired. 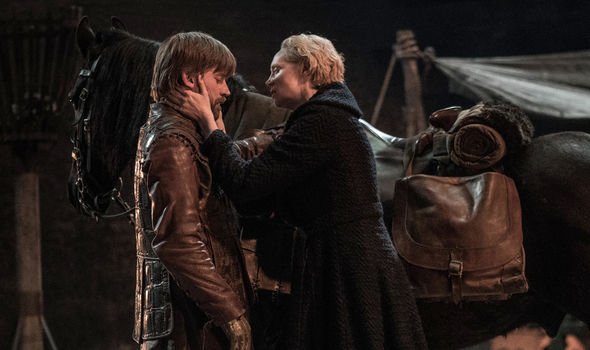 Now the release of the final scripts for the eight season have given an in-depth look at what Jaime was actually thinking.

After Jaime and Brienne had sex in the episode, there was a brief shot of her sleeping soundly while Jaime looks at her with concern.

The description for this scene reads: “Brienne sleeps the sleep of the happily drunk and devirginised.

“Jaime can’t sleep, however. He just helped save the world. So why does he feel like a traitor?” 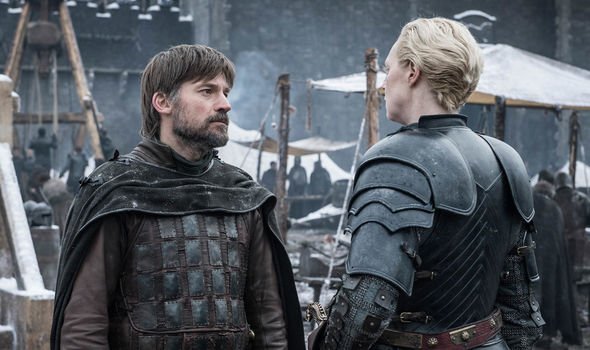 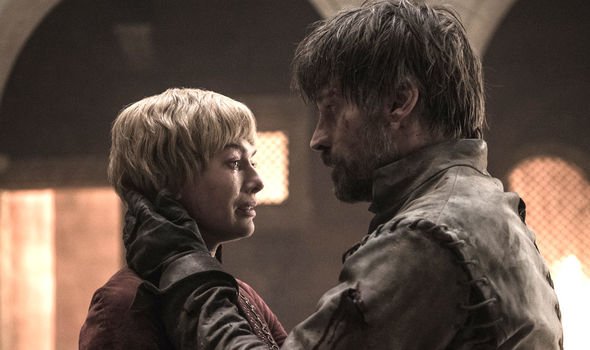 This small insight gives a hint to where Jaime’s true loyalties really lie in the coming battle.

Such a description also helps explain the later heartbreaking moment when Jaime leaves Brienne to travel to King’s Landing.

The heartbreaking decision of Jaime to leave Brienne is something which also rankled with the actors themselves.

Speaking with Deadline, actor Christie bared all about her reaction to the twist.

She said: “When I read that scene, I felt incredibly upset about it on the character’s behalf.

“And then I realised I had moved into that space where I feel deeply, deeply protective of this character.

“I was also thrilled about it as an actor, because it meant getting to use some real acting muscles. It was a brilliant scene.”

He said: “You wonder if he’s changed and if he’s escaped this destructive relationship.

“But you realise he’s so bound by this code of honour of family first, and him and Cersei have a strong bond on every level.”

He added: “She’s all alone. He’s the last one she has. He knows he has to go back and try to save her.”

The scripts are now available to read at the Writers Guild Foundation Shavelson-Webb Library in Los Angeles and give a number of insights to the final series.

This includes how Brienne was already in love with Jaime back when she was knighted in episode two.

Bryan Cogman’s script notes for the scene accompany the moment Brienne looks at Jaime after he knights her.

Writer Cogman’s notes read: “Dammit. She’s in love with him.”

Game of Thrones seasons 1-8 are now available to watch on NOW TV.

Is There an ‘Invisible Man’ End Credits Scene?