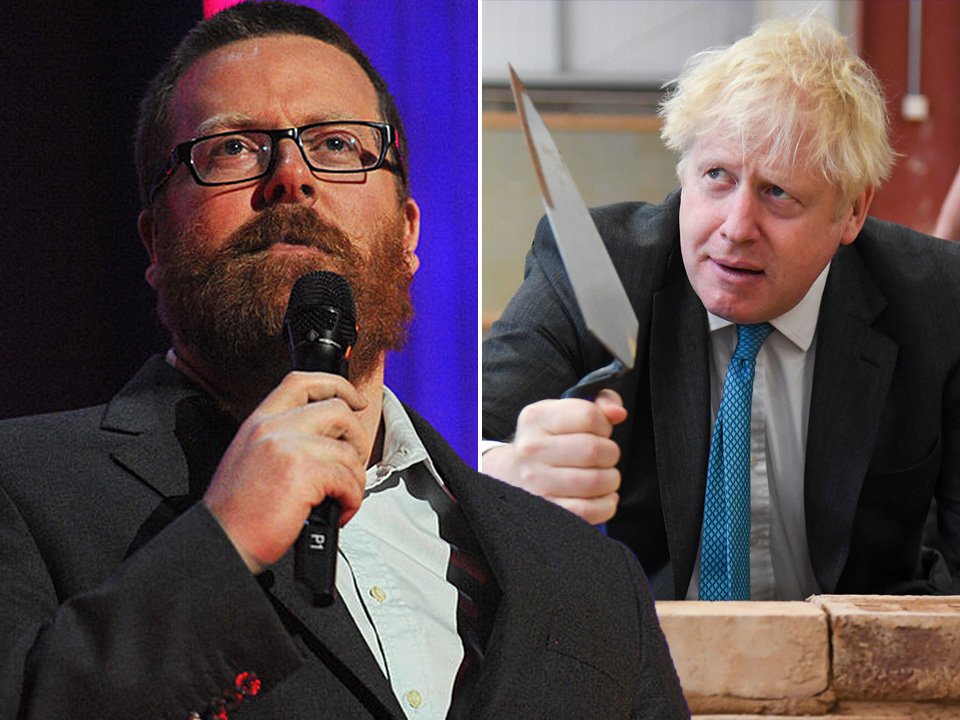 Frankie Boyle has been cleared by Ofcom over a joke he made about Boris Johnson on The Last Leg.

Last month, the comedian said he hoped the Prime Minister would be ‘dragged screaming into hell’.

Boyle responded by saying: ‘You finished with a quote from The Terminator … I hope a vent opens up in the ground and clawed hands drag you screaming into hell.’

Subsequently, a grand total of 11 people complained to Ofcom, and the TV watchdog has now confirmed it won’t be taking any action.

Johnson wasn’t Boyle’s only target, however. Naturally, the two contenders to take his place in 10 Downing Street also felt his wrath too.

‘We’re going to have the next Prime Minister chosen by a very small group of elderly people during a heatwave and it’s going to be either Rishi Sunak, a guy whose greatest desire in life is to be p****d by Thatcher’s ghost, or Liz Truss, who would be the first Prime Minister to forget to breathe and just die,’ he went on.

The Last Leg host Adam Hills later had to remind audiences that the programme did ‘not wish Boris Johnson any ill’.

Boyle was also recently hit back at ‘garbled nonsense’ from critics accusing him of making a joke about ‘raping Holly Willoughby’ at Lattitude Festival.

He insisted that actually he was making a joke about ‘whether or not it’s OK to do a joke about that, and I look at it from both sides, there are pluses and minuses,’ he reportedly said a book signing.

The last Leg airs Fridays at 10pm on Channel 4.