Home » TV & Movies » Formula 1: Drive to Survive Boss Explains How to Make Compelling TV When You Already Know the Ending

Making a show about a global phenomenon, with the outcome decided long before a TV season ever makes it to audiences, seems like it could be a hindrance. Mining drama from something already definitively decided months ago is a challenge that “Formula 1: Drive to Survive” has faced since it debuted its inaugural season in 2019.

Over that time, though, this Netflix documentary series has unlocked a nifty trick to better tell the stories of the drivers and teams that make up this worldwide auto racing circuit: It moves backwards. Series executive producer James Gay-Rees said that it’s been a helpful guiding force from the start.

“It’s really liberating. Big props have to go out to Nat Grouille, the executive at Netflix that we’ve worked with since day one on this. He really did open our minds to how we could build this show,” Gay-Rees said. “One of the things he impressed upon us was that we didn’t have to be entirely chronological. We could be much more fluid and freestyle with the way we approached it. In Season 4, we look at some races through three different lenses in three different episodes. Having made films like ‘Amy’ and ‘Senna’ where I was like, ‘Let’s not be chronological with this film. Let’s try and tell it in a radically different way,’ you always end up going back to the beginning and then go through it. It ends up chronological for good reason. This is more freeing. There is a vague beginning and end to the shape of the series, but within that we dance around a bit and it’s great fun to do that.”

The stories that come from that flexible approach to a forward-moving schedule means that each episode can hone in on the particular stories from the perspective of an individual, rather than a contest. The show certainly doesn’t shy away from outlining the various rivalries that pop up across Formula 1, but it’s guided more by people rather than contests.

“We try to be as balanced as possible. You’ll never get to keep all the people happy all the time. We can sleep pretty well at night, that it’s a balanced show that treats everybody fairly,” Gay-Rees said. “The reality is that the sport is a controversial sport. We’re not inventing the controversy. It’s there. We’re just trying to distill it into a series and I think we do a good job of that.”

It certainly helps that, given the Netflix show’s popularity and the steady rise in access to the sport overall, “Drive to Survive” can get input and feedback directly from the newsmakers themselves. Journalists Will Buxton and Jennie Gow offer some helpful bird’s-eye perspective on some of the evolving stories, but there are plenty of instances where this show can go to the source throughout the season. 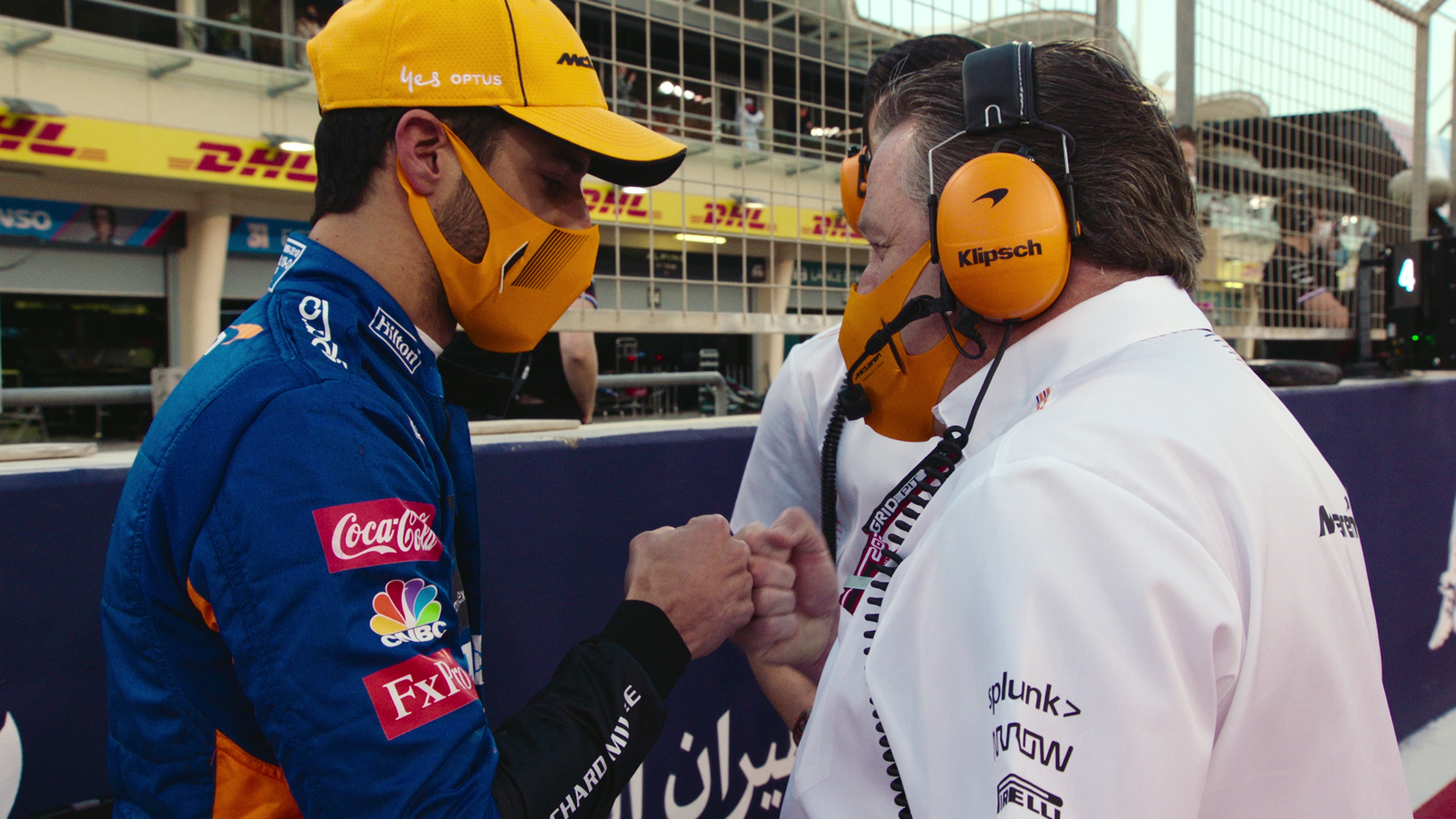 That proximity also helps the show’s production team pick up on potential seismic developments before they happen. One of Season 4’s notable throughlines is the effort to lock in a second driver on the Mercedes racing team, a group fronted by the sport’s top superstar Lewis Hamilton. When that decision eventually gets made and relayed to the relevant party, the “Drive to Survive” cameras are peeking in on the moment from a strategic distance away.

“The paddock is this incredibly small goldfish bowl where everybody knows everybody else,” Gay-Rees said. “Once you spend a lot of time in the paddock, as we do, then you pretty quickly pick up on potential moves. The gossip, where the power shift is going. You can sort of plan ahead if you like, because you are privy to some of the intel. Obviously not all of it by any stretch of imagination, but enough to make informed guesses as to the shape of things to come.”

Gay-Rees says that Formula 1’s existing popularity also works to the show’s advantage, particularly in what it has to include. Having plenty of other seasons as a foundation, “Drive to Survive” can keep the table-setting to a minimum. Each season offers an overview of the main contenders and the outsized personalities, but it never needs to be comprehensive. It can exist as a gateway to the ocean of other Formula 1-centered content.

“One of the joys of the show is that you can jump into it and pick it up and just find it engaging. You don’t need to know everything about Danny Ricciardo before you start to enjoy his journey through the season. But if you do watch Season 3 or Season 4, then you can go back and see where it all starts. There are equally satisfying viewing experiences,” Gay-Rees said. “We make a sport, which is incredibly complicated, relatively simple. There are a lot of regulations. The cars are incredibly complicated, the strategy is incredibly complicated. For people who want to digest it that way, they can do it through the broadcast or the various podcasts for the petrolheads. But it’s great to be able to offer up something which just presents it and looks at it through a different lens.”

Season 4 is the show’s second consecutive one dealing with the new production realities presented by the pandemic. Given the sport’s outdoor nature and the ability to conduct most essential business without people getting too close to each other, Formula 1 became one of the first competitions to return in the uncertain days of 2020. Picking up from the production changes that came as a result of health and safety protocols surprisingly segued into an even tighter and insightful Season 4.

“We’ve been incredibly fortunate the way that it’s played out. We’ve had very few, if any, cases of Covid on the shoot over the entire period or in the edit or anything like that. We’ve been careful and lucky,” Gay-Rees said. “The producers and directors had to obviously go into the bubbles with the teams to follow the guidelines, in order to not break the bubbles and play by the rules. We probably ended up in some ways getting better access because we were so hand in glove with them, as opposed to jumping in and out. The more you spend time with people under any circumstances, the slightly easier it gets. Obviously, it was challenging for everybody on lots of levels. The last couple years have been super difficult in myriad ways. But that was probably the one production benefit that we could think of that came out of it.” 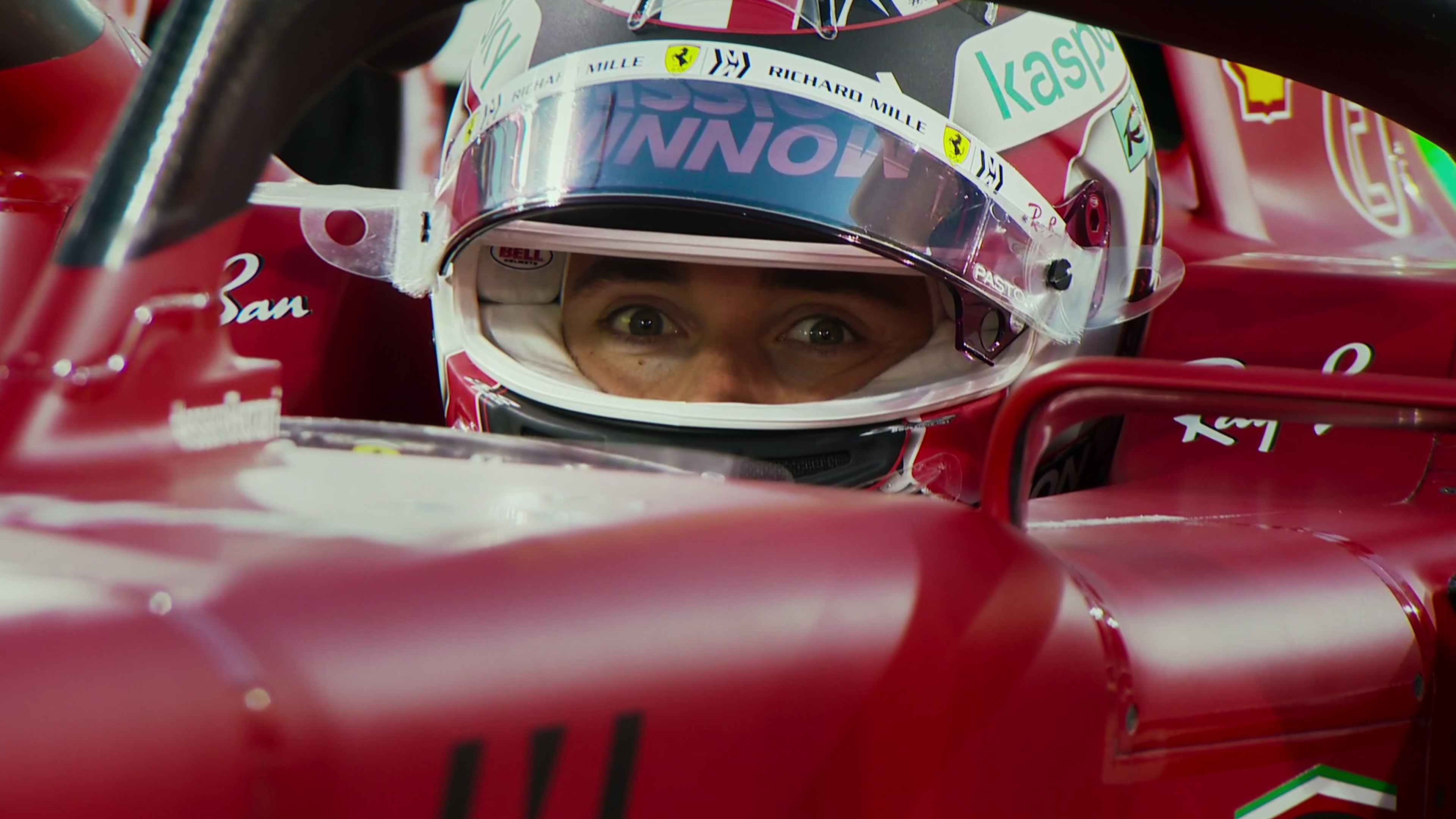 Production on Season 5 is well underway, with the Formula 1 season on the verge of beginning with the first official race in Bahrain this weekend. One notable driver change will be the absence of Nikita Mazepin, whose Russian oligarch father Dmitry was a Haas team sponsor in 2021. (The team cut ties with both men.) Gay-Rees said that the change isn’t likely to be a focus of Haas-related stories in “Drive to Survive” Season 5.

“Out of respect for [team principal] Guenther [Steiner], we’ve got a good, strong, long relationship with him and a lot of respect for him and like him a lot. He’s a lovely, lovely human being, as are his team. That’s their business, and we’re not trying to invert that or dig too deep. They made the decisions they made for their own reasons. The whole situation is so intense and sensitive that it’s not our job to comment on it, really, in any way,” Gay-Rees said.

Given the down-to-the-wire nature of the close of the 2021 Formula 1 season, a rarity in the sport, Gay-Rees said that he’s keeping an eye on one team for the upcoming races, in addition to how the 2022 rule changes could level out the competition between the 10 teams.

“It would be great for Ferrari to be competitive. It’s time. That would be a great narrative,” Gay-Rees said. “There’s a disparity between these organizations, the biggest car manufacturer in the world against a small team from Austria or America. In UK terms, it’s like Liverpool playing Richmond Town FC. It’s crazy, really. To see the playing field level a little bit would be good for the sport. That’s why they’ve done it, but only time will tell.”

Regardless of what happens, the events of “Drive to Survive” have consistently reminded this team that trying to predict anything in this racing world is a fool’s errand.

“It’s a pretty gnarly sport. We’ve been incredibly fortunate to be making the show at this time, because rare things have happened in different seasons,” Gay-Rees said. “Season 3 had [Romain] Grosjean’s incredible crash, which thankfully, he stepped away from. It gives a different perspective on life. Obviously, then we had this incredible championship battle in Season 4, which went down to the last lap of the last race. Who could have ever written that? So you have to react in different ways every year. But that’s what makes it so interesting. And that’s why we love making the show.”

“Formula 1: Drive to Survive” is now available to stream on Netflix.