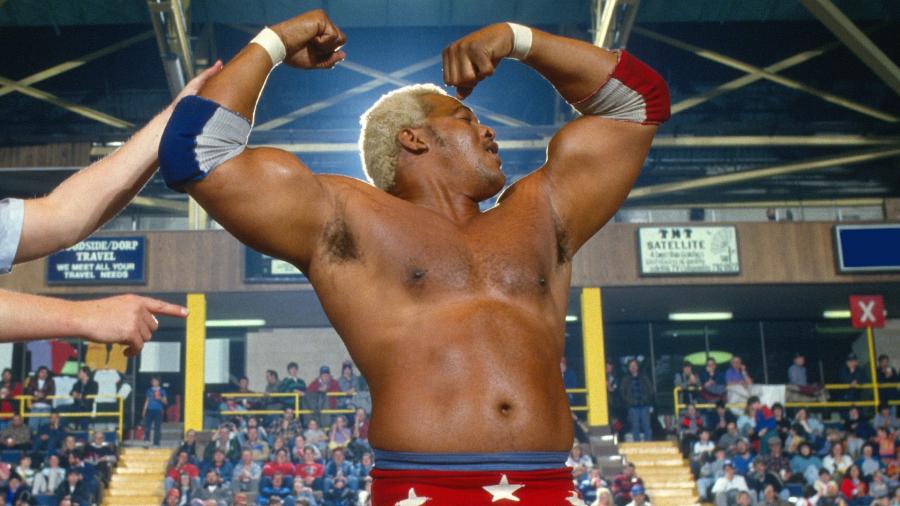 The former WWE and WCW superstar – who also competed for the likes of Mid-South Wrestling, NWA and GWF throughout an illustrious career – had suffered two heart attacks this year.

‘Due to heart complications, Bruce ‘Butch’ Reed passed away. Butch is in heaven now with the wrestling gods. I am sure he is already booked for a Heavyweight Championship match.

‘Once again thank you for all the prayers. We will keep this page going in his memory. For funeral arrangements send me a dm for information if you would like to attend.

In WCW, he also held the the promotion’s world tag team titles as one half of Doom alongside Ron Simmons, who went onto team with John ‘Bradshaw’ Layfield in WWE as the APA.

On WWE.com, the late star’s biography reads: ‘After leaving the NFL’s Kansas City Chiefs, Butch Reed started his ring career in the central states area in 1978.

‘He became a major player as “Hacksaw” Butch Reed in Mid-South Wrestling in the early 1980s and is remembered there for his hard-hitting rivalries with WWE Hall of Famers Junkyard Dog and “Hacksaw” Jim Duggan, whom he happily came to blows with over nothing more than the nickname “Hacksaw.” ‘

From there, he went to WWE in late 1986 and was billed as ‘The Natural’, which was ‘a wink and nod to his not so natural blonde hair’.

The bio continues: ‘From there, he moved on to WCW where he formed the dangerous team of Doom with Ron Simmons.

‘Managed by Teddy Long, the duo defeated The Steiner Brothers for the WCW World Tag Team Championships in 1989. They would hold the titles for an amazing 281 days, setting a record that stood until WCW’s demise in 2001.’