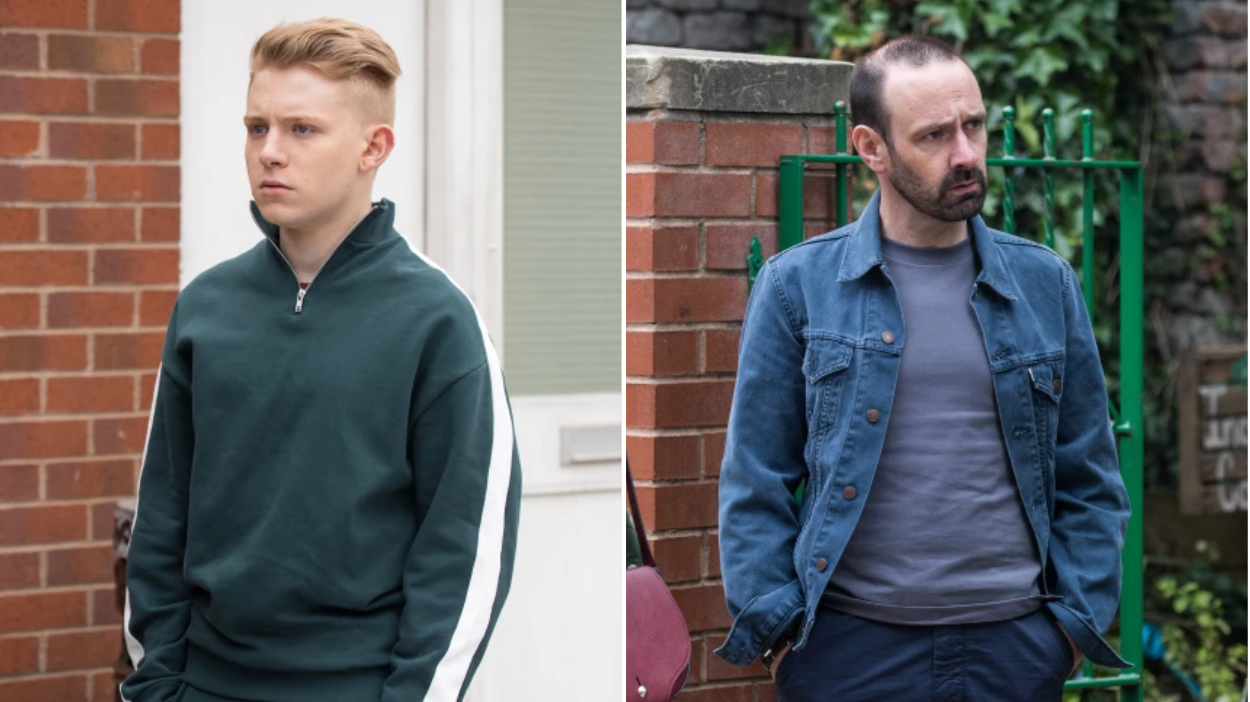 It’s been confirmed that the ITV soap will highlight the issue of grooming disenfranchised and impressionable young men, with Max at the centre of the ordeal.

Discussing the upcoming storyline, Coronation Street producer Iain MacLeod said: ‘Overall, Max’s story is one about the grooming of a vulnerable teenager at a point where he’s feeling most alienated and disenfranchised.

‘The story will encompass the “traditional” recruitment techniques of extremists groups, and we’ll see Max befriended in person by older, mentor-like figures that will give him a sense of loyalty and brotherhood.

‘Then, later in the story, we will explore a very 21st Century problem: teenagers self-radicalising through watching extreme content online. In the end, we wanted this to be a story about communication within families – what are the right and wrong ways to talk to younger family members who are gravitating towards extreme views?

‘For the conclusion of the story, David’s misjudged attempts to deal with Max will drive the narrative to a shocking and thought-provoking climax.’

Next week, Max and new friend Daryan – the Iranian refugee – will begin their new jobs at Speed Daal.

Sadly, things don’t go too well as Max bumps into Daryan, which causes him to drop a pile of cutlery.

Lauren – the daughter of Griff’s dodgy friend, Reece – chats to Max and suggests the people at Speed Daal are showing favouritism towards Daryan.

As the week continues, Lauren pops up in Speed Daal again to get inside of Max’s head and later, at Griff’s flat, lies to Max and makes out that Daryan was coming onto her.

With Max eager to get to know his new friends, he pays another visit to Griff’s flat, who orders the teen to watch a film and get ‘properly’ educated.

Afterwards, Griff offers Max £200 to promote a talk he’s going to give at the community centre, but how will Max react?