Piers Morgan quizzed Environment Secretary George Eustice on how many hotels had been signed up to the quarantine plan after Health Minister Edward Argar failed to provide an answer on Monday. Following consistent pressure from the Good Morning Britain host to provide a figure, Mr Eustice admitted that currently there were zero hotels signed up.

Mr Morgan asked: “Do you know how many hotels we have signed up now?”

“Those discussions are still ongoing they have not yet concluded.”

The GMB host said: “So you have not signed any up is that the answer? 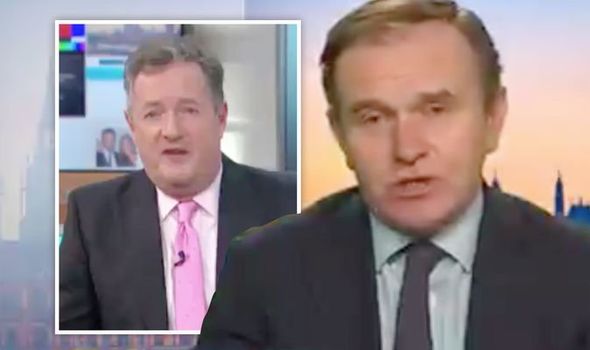 “Have you signed a single hotel?”

The Conservative MP responded: “We are confident we will have the capacity in place for Monday.”

Mr Morgan said: “Sorry to be pedantic but we are now on day two of this question.

“Have we signed up a single hotel for the quarantine coming in on Monday?”

Mr Eustice replied: “It is not about signing up single individual hotels one at a time, they are in discussions with some of the groups.”

The GMB host asked: “Have you signed any hotel chains, has anybody signed up?”

The Tory Minister said: “My understanding is no but discussions are still ongoing.”