“We feel very strongly as a league that it’s time for people to take notice,” Golden State Warriors coach Steve Kerr said as he wore an orange “end gun violence” shirt in a press conference before game two of the NBA Finals on Sunday, “and to take part in what should be a nationwide effort to limit the gun violence that’s out there. And there are ways to limit it. There are proven laws that are waiting to be passed, whether it’s background checks or what have you.”

Kerr, whose impassioned pre-game plea after the Uvalde shooting went viral and whose own father was a vicim of gun violence, went on.

“There are things we can do that would not violate people’s Second Amendment rights, but would save lives. The idea behind wearing the shirts for both teams is to make people aware that they can contribute to different gun safety, gun violence prevention groups. The biggest thing I think is to vote,” said Kerr as he cited small, impassioned pro-gun groups that have swung close elections.

Celtics coach Ime Udoka also wore the shirt and, in a pair of pregame interviews, spoke about the need to stay focused on what’s important and continue to raise awareness about the tragedies that continue to happen across America.

“We play a game that if you win, you’re elated,” Udoka said on Sunday. “You lose, you’re devastated for the moment but it’s not life and death, you still go on. The awareness is about things that continue to happen in our communities. They are devastated and their families are devastated and we kind of go on with our normal life and business. Just continue to keep those thoughts in mind and those people are struggling,” he said.

“It continues to happen. And awareness and changes need to be made and we are all on the same page as far as that.”

Meanwhile, the players wore the shirts as they took to the court on TV. Warriors star Stephen Curry took his statement a little further with eye-catching orange/white colorway on his sneakers as he scored 29 points in his team’s win over the Celtics. Orange is the color activists have chosen to wear for National Gun Violence Awareness Day on Friday and Wear Orange Weekend, which was this weekend. 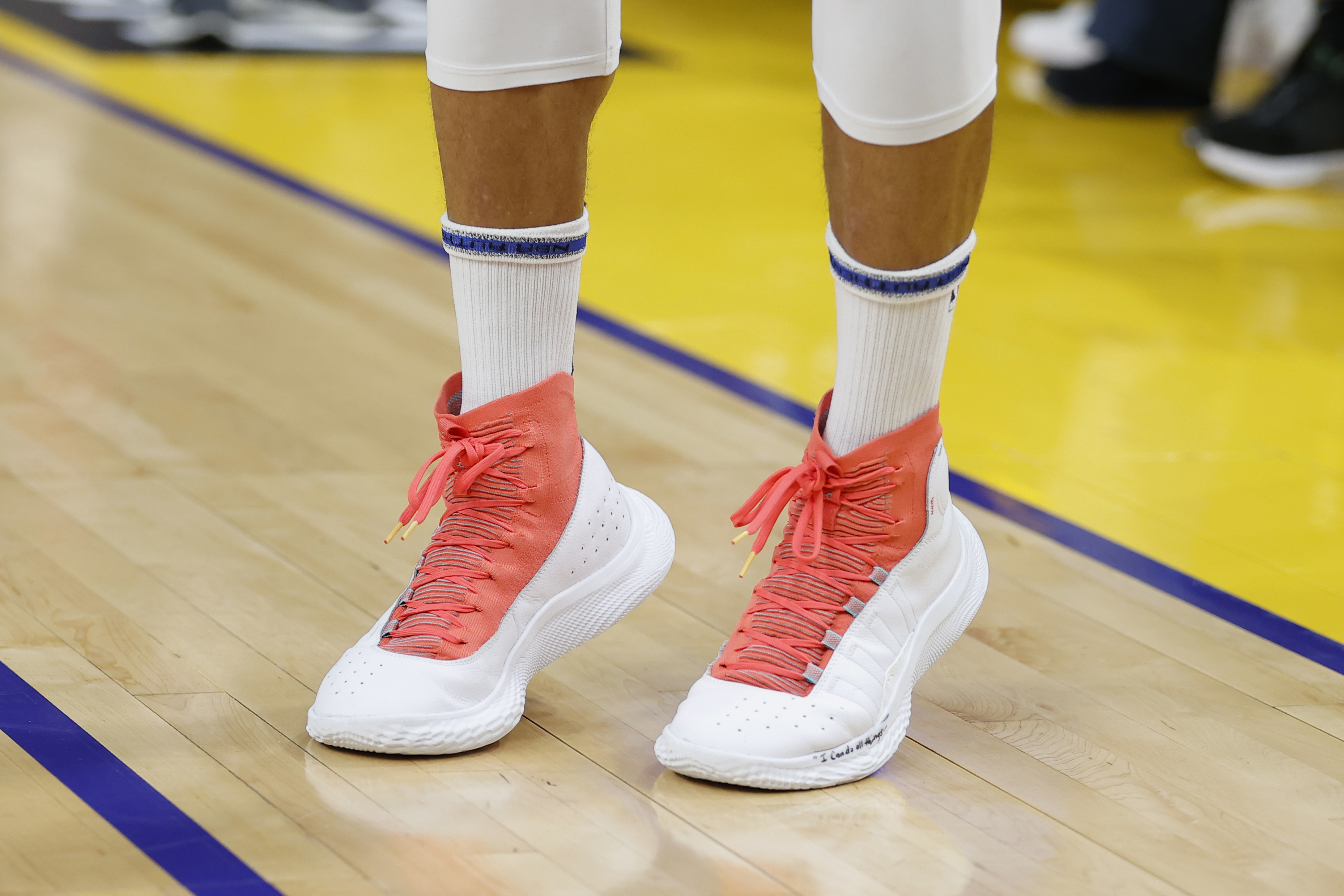 Even the stadium in which the teams played was wrapped in the color, inside and out.