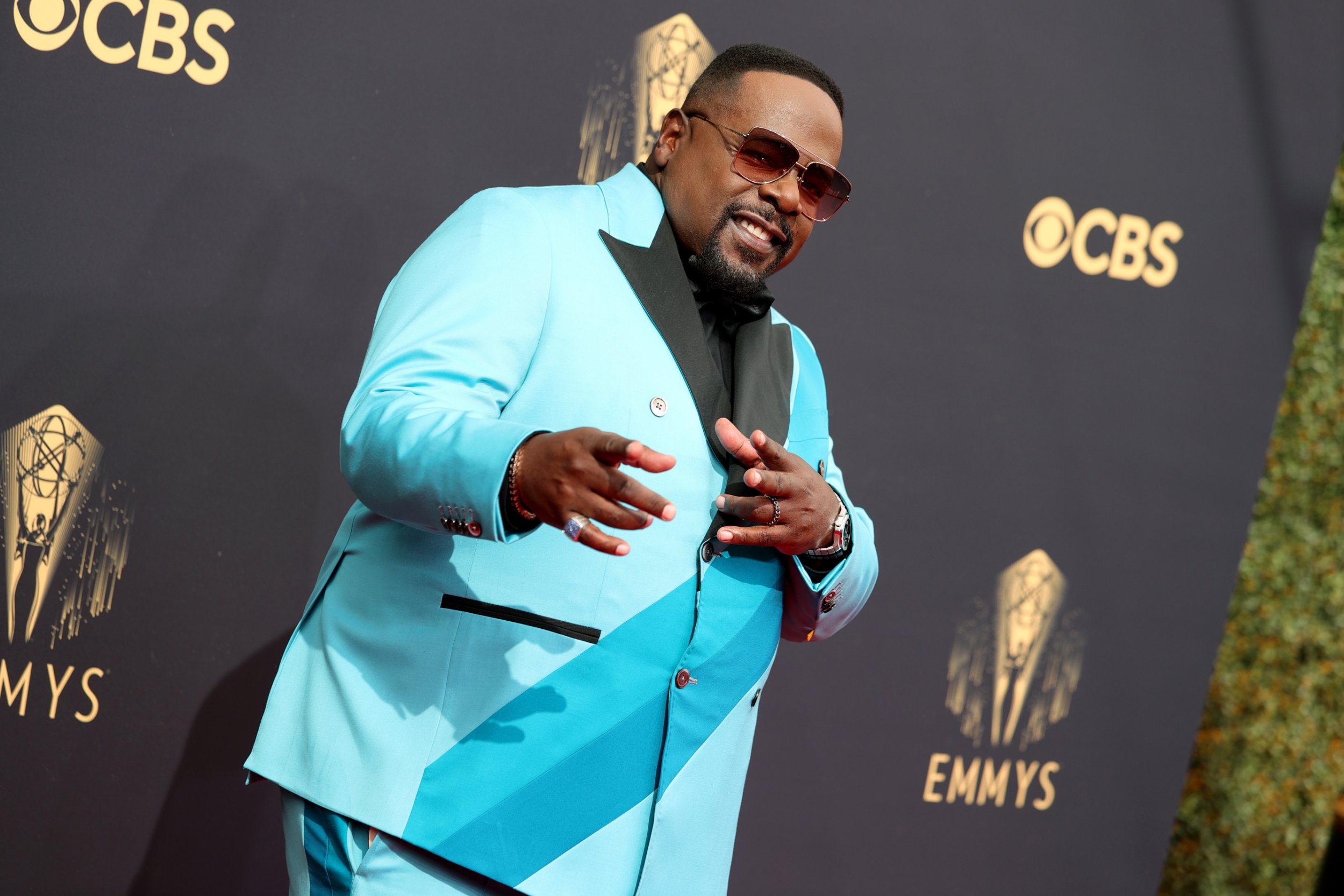 Emmys 2021 host Cedric the Entertainer couldn’t resist poking fun at the Royal Family as he threw shade over Prince Harry and Meghan Markle bombshell claims in their Oprah Winfrey interview earlier this year.

As he spoke to the crowd of Hollywood stars who had gathered in Los Angeles for the ceremony, the 57-year-old funnyman joked: ‘As great as The Crown is, it pales in comparison to the real monarchy….

‘Oooo I mean that Oprah interview with Prince Harry and Megan. That was the real tea right there, wasn’t it!?’

Cedric then took jabs at the royal family and revealed his shock at the couple’s claim that a member of the royal family had questioned how dark their son Archie’s skin tone was going to be before he was born.

‘Meghan must put it on that boy because he renounced his throne quicker than Eddie Murphy in Coming to America’, he continued as the crowd laughed. ‘I can’t believe they were talking about little Archie. How dark that little baby gonna be.’

He then revealed off just how he imagined Queen Elizabeth and Archie would make a TikTok together as he laughed: ‘The whole crown behind them like, “Ok your majesty, I see you”‘.

Josh O’Connor and some of The Crown cast were seen on camera looking sheepish as Cedric joked on stage.

Indeed, Cedric lived up to his name as he entertained the crowd with jokes about the fact guests had to be fully vaccinated in order to attend.

He quipped: ‘We had to get vaxed to come here. I did not have a reaction like Nicki Minaj’s cousin…I got Pfizer, that’s the Neiman Marcus of vaccines. Moderna is Macy’s. And Johnson & Johnson is TJ Maxx.’

Cedric later joked that there is a lot of pressure on him as a Black man hosting such a major awards show, stating that Black people ‘think I can give an award to anyone.

September 19 marked the return of in-person attendance, however the socially distance seating plan meant that only 500 guests attended compared to the several thousand in previous years.

Fully vaccinated attendants had to follow strict Covid-19 protocols throughout the ceremony, including testing and wearing a mask when they were not on camera.