Host and venue to be announced later 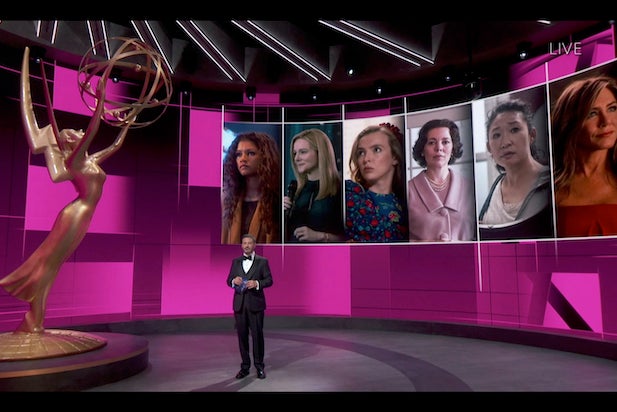 CBS has set a date for the 73rd annual Emmy Awards, which will also be streamed on Paramount+. The Awards will take place on Sunday, Sept. 19 at 5 p.m. PT/8 p.m. ET.

Paramount+ subscribers who pay for the premium tier ($9.99 a month), get access to their local CBS stations. The rebranded streaming service launches on Thursday.

Host and venue will be announced at a later date. The Awards are typically held at the Microsoft Theater in Downtown Los Angeles.

The September date likely gives the Emmys a chance at a mostly-normal show, depending on how well the vaccine rollout has gone by then. Last year’s Emmys, which were hosted by Jimmy Kimmel, were a mostly virtual affair, with winners streaming in from their homes. In what would be a trend for these Zoom-inspired ceremonies, the 72nd Emmys on ABC hit a record-low 6.1 million viewers, a dip of 29% compared to the year before. Among adults 18-49, the decline was 13%.

NBC’s telecast of the Golden Globes this past Sunday, which featured Tina Fey and Amy Poehler hosting from both coasts, shed nearly two-thirds of its audience to fall to their own new lows in both the key demo and total viewers, drawing a 1.5 rating among adults 18-49 and 6.9 million viewers. That was down 68% from the 2020 show, which happened prior to the pandemic.