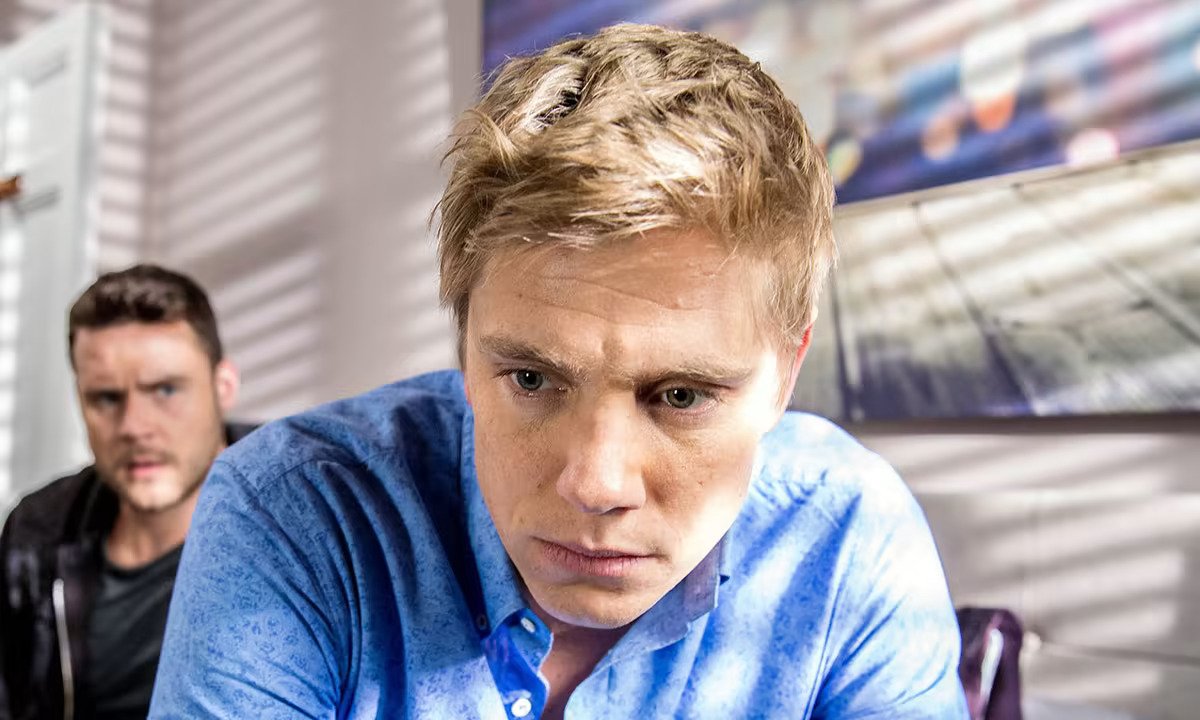 Emmerdale star Ryan Hawley has opened up about the death of his best friend and has reached out to fans ahead of a huge challenge he is set to undertake.

The actor, most known for playing Robert Sugden in the ITV soap, lost his best friend, Nick, after he was diagnosed with a brain tumour.

Ryan will be joined by his two friends and Nick’s wife, Victoria, as they raise funds for the hospice that provided care for Nick ahead of their attempt at running the London Marathon.

On the fundraising page, alongside pictures of Nick, Ryan wrote:

‘This is Nick – My best friend! In 2015, at the age of 29, he was diagnosed with a brain tumour. He spent the next 5 years battling the disease whilst simultaneously getting the most out of his life, even as his condition worsened.

‘He married the love of his life and became a dad to his beloved twin girls.

‘Early in 2020, Nicks diagnosis became terminal and sadly he passed away that November at the age of 34.’

He continued: ‘Now I, along with his incredible wife Victoria, and 2 other friends are attempting to raise money for the hospice that provided Nick and his family with care and comfort at the end of his fight.’

At the time of writing this, the fundraiser set up for the hospice had already reached it’s target of £2000.

You can donate by following the link here.

Ryan left his role as Robert Sugden back in 2019 following the ordeal with Lee Posner.

Robert and boyfriend Aaron (Danny Miller) went on the run after discovering evil rapist Lee had died from head wound that Robert inflicted on him.

Robert handed himself into the police, certain Aaron shouldn’t live his life running, and was sentenced to a whopping 14 years behind bars, moved to the Isle of Wight, and cut off all contact with his partner.