Emmerdale star Jeff Hordley has played Cain Dingle for the last 20 years, albeit a three-year hiatus back in 2006. Today, he joined This Morning presenters Holly Willoughby and Phillip Schofield on a live video link to discuss what was coming up for him on the soap. But ITV viewers couldn’t believe Jeff’s new appearance and took to Twitter to comment. 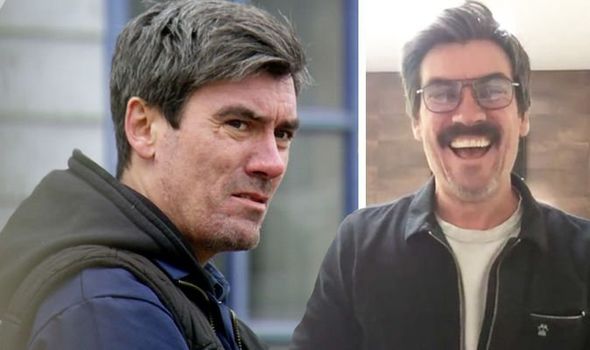 However, someone else didn’t like his moustache: “Cain and this facial hair #ThisMorning it’s a no from me.”

Jeff then explained how his son had compared his new look to that of Ned Flanders in the hit cartoon The Simpsons.

And the This Morning crew were quick to get up an image to show Jeff and Ned side-by-side.

The similarity was uncanny, and Holly and Phillip fell about laughing, one viewer tweeted: “Crying at them showing Ned Flanders in comparison to him #ThisMorning.”