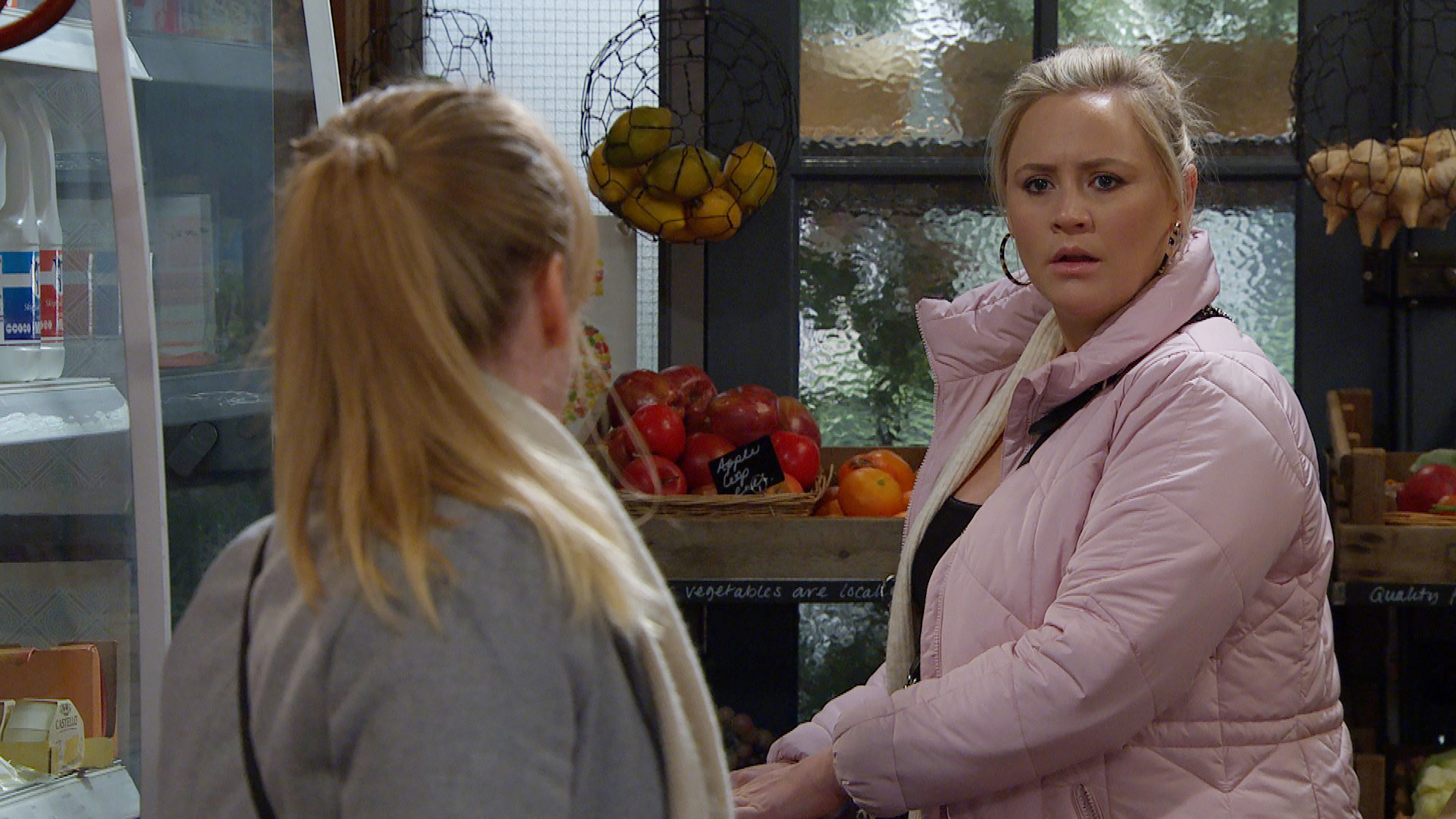 She hooked up with Mack Boyd (Lawrence Robb) after she felt pushed out by Vanessa and her devastated partner discovered the truth, fled and then later ended things with a gutted Charity.

Since then, Mack has hung around like a bad smell, eventually persuading Charity into a relationship which he is clearly more in to than she is.

In fact, she is struggling to muster the words to tell him that she loves him when he pushes the subject.

But Charity’s conflict is of no interest to Vanessa’s protective sister Tracy (Amy Walsh).

When Charity approached her to ask for toy donations for Eve who had lost everything in the pub explosion, Tracy told her where to go.

Nate Robinson (Jurell Carter) later expressed surprise that she was being so cold but Tracy told him she would get donations to Eve, just not through Charity.

When Nate touched upon the prospect of Tracy patching things up with Charity, he triggered quite the passionate rant from her.

Tracy reminded him that Charity had treated Vanessa appallingly, cheating on her with the man she is now dating all while Vanessa was fighting cancer.

She made it very clear that she would never forgive Charity – and this timely reminder of the past comes conveniently ahead of Vanessa heading back to the village.

Charity will be left stunned when Vanessa shows up, just after she half heartedly returns the L word to Mack.

With everything that has gone on, this is going to be quite the awkward reunion.