Emmerdale fans are slowly learning more and more about Al Chapman’s (played by Michael Wildman) mystery woman. But why would the businessman be having an affair when he is in a relationship with Priya Sharma (Fiona Wade) who loves him dearly and accepted his marriage proposal? The actor who plays Al spoke to Express.co.uk about his storyline and the climax it is set to reach over the festive period.

In previous scenes, fans of the ITV soap have seen Al lead a double life; telling Priya he loves her one minute and then telling his other woman he loves her too when she calls.

But why would he get himself involved in an affair?

“I don’t think it’s set out to be like that, but as we get further into it, he starts to [feel a] buzz and that’s why it continues. 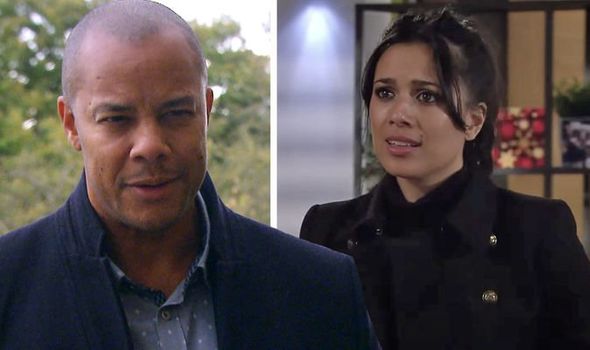 We will use your email address only for sending you newsletters. Please see our Privacy Notice for details of your data protection rights. Emmerdale spoilers: Rishi Sharma in danger as Meena’s plan backfires

“And as it moves on, and the more difficult it becomes for him, the more I think – even they don’t see that – but that’s secretly what he enjoys,” he added.

There have been many viewers wondering why Al would do such a thing considering the commitment he has given Priya.

“He loves Priya without doubt, it sounds weird to say but he loves her unconditionally,” Michael explained. “Priya is the first woman that I think that he truly does love.

“You see a side of Chapman, that only she’s been allowed to bring out with him, essentially.

“There are some real moments where he’s really conflicted about it [the other woman]. And not because the intention is to keep this other woman on the go, it’s the fact that he knows what he’s doing is wrong. But he’s flawed, he just can’t help himself.”

Members of the Sharma family have been suspicious over Al’s interest in Priya – in particular Jai Sharma (Chris Bisson), who has not held back when it came to voicing his opinion, claiming Al was only interested in his sister for her wealth.

“Rather than just going the on aesthetics, [Priya is] she’s beautiful, obviously,” Michael commented.

“But that wasn’t the main reason why he fell for her, because if we go back a while, she was very forthcoming. But he was a step back. And he actually warned her off and said: ‘Listen I’m not the type of man you want to get involved with.’ 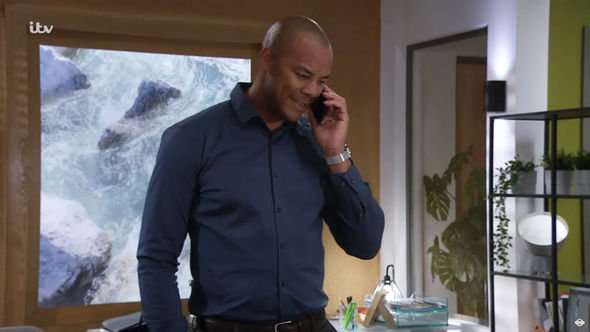 “But then after that, she sticks up with him, she brings Ellis back to him. And he says to her: ‘You’ve, you’ve fought my corner, why?’ And it’s because of that; she’s this person that, at that moment in time was there for him.

“And then, the barrier comes down, and he [realises] she’s beautiful, and [she’s] everything that he needs in his life. And she’s the one person that can actually make him a better person,” he continued.

“It’s interesting when the producers came to me and said this was the road my character was going down, I was concerned, because I thought, I had built this character, to be the way he was up until meeting Priya. And I said to them: ‘So he loves Priya, but he’s still Al Chapman. Right?’ And they were like: ‘Well, yes, obviously.’

“You will see – through the way that we work together – that we’re building these characters, they are very much in love. And it’s revolved around seduction and romance and being honest with each other in terms of one to one. 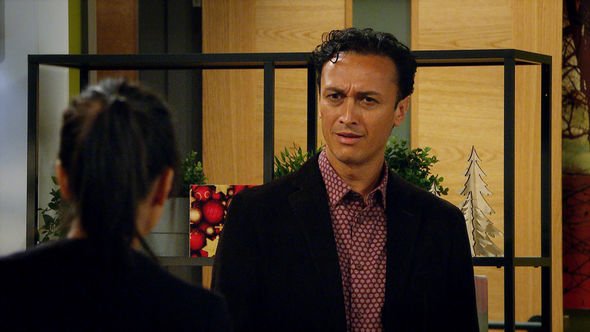 “She’s the only person that can sort of bring that out of him, that sort of element of humanity out of him,” Michael said.

So why would he cheat on her if she is the only woman who has ever understood him?

Michael answered: “The whole thing is, it’s not a case of he’s become bored with Priya so he’s looking for something else.

“This situation has arrived out of a situation of circumstance, basically. And every time he’s gone back to seeing this person, I think his intention was to end it.

“And then we get to this problem that we’re in now,” the Emmerdale star remarked.

“He says that he loves her [the other woman], I think mostly in response. So when you see him on the phone, and a lot of the time, she’s saying, ‘I love you’ and he’ll say, ‘I love you’ in response, because obviously, he needs to keep her there.

“I don’t think you can equate the two as been the same. I think his love for Priya is genuine. Even though he’s having an affair, but it is genuine. It’s just his fundamental weakness is women.”