Emmerdale’s Jai Sharma (played by Chris Bisson) was left in a difficult position when his project for Kim Tate’s (Claire King) Hawkford Outdoor Pursuits needed to be completed a lot sooner than expected. The ruthless businesswoman brought the deadline forward at the last minute meaning Jai was forced to work into the night to meet it but the takeaway treat he ordered to help him left ITV viewers in uproar.

In order to meet the new deadline, Jai started work immediately sorting out catering and getting the sponsor’s logo printed on jumpsuits.

However, Al Champan (Michael Wildman) refused to help the stressed businessman forcing him to pull an all-nighter to complete the project.

To help him get through the night, Jai called up a pizza company but his unexpected delivery left viewers shocked.

Calling them up, he said: “I’d like to order a pizza for delivery. Tell Dean I’d like to go large on that.” 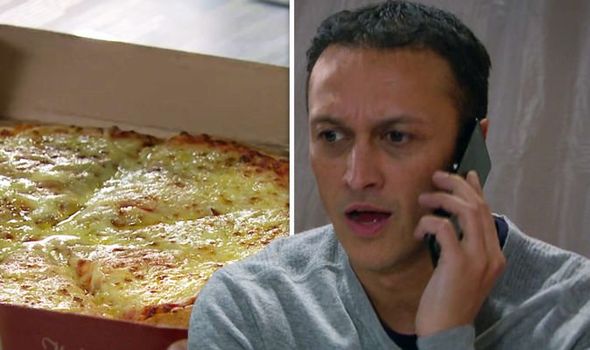 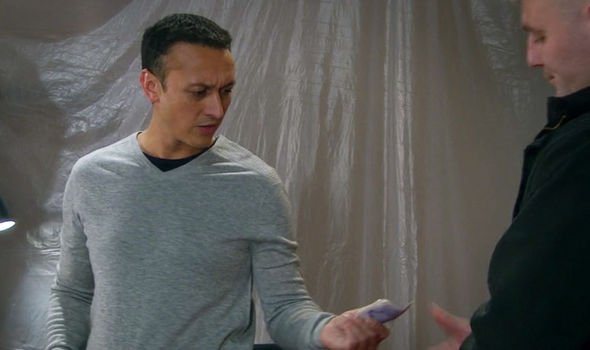 “The vegan special with extra meatballs,” he added.

Graham Foster (Andrew Scarborough) unexpectedly turned up just as the pizza delivery driver arrived and the tension in the air was noticeable.

Once Graham left the office, Jai paid the driver a whopping £60 for the takeaway and viewers couldn’t believe how expensive his midnight snack was.

“it’s just a one-off, just to keep me awake tonight,” Jai told the driver as he handed over the cash. 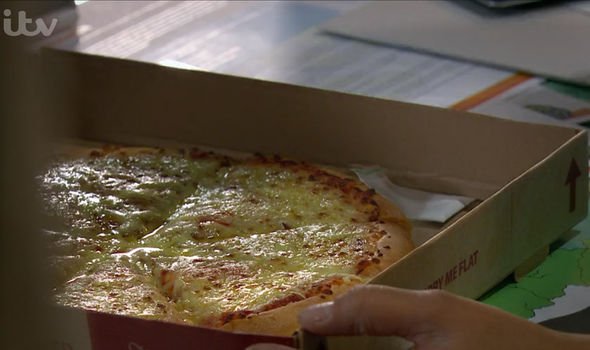 The hefty price tag was soon explained when Jai opened the box.

By the corner of the pizza, which was missing the specified meatballs, viewers spotted a suspicious white substance.

One said: “F*** me £60 for a pizza that’s expensive! Then the cocaine… I understand now! Sorry I don’t watch Emmerdale @emmerdale #Emmerdale.”

“£60 WITH a pizza? Bargain #Emmerdale,” another tweeted.

A fourth remarked: “Blimey 60 quid for a pizza?! And they forgot the meatballs! #Emmerdale.”

“Jai likes a lot of salt on his pizza! Has no one told him it’s bad for your health,” joked another.

Marlon will be furious to discover Rhona Goskirk (Zoe Henry) is planning on starting a new life with their son and Graham out of the country.

The Woolpack chef could be driven to murder and since Al kissed his ex-wife Jessie Dingle (Sandra Marvin), Marlon certainly has the motive to frame the ruthless businessman.

How far will Marlon go to protect his family?